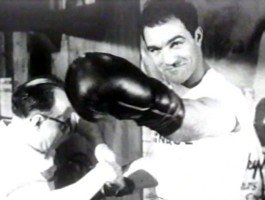 It’s a list that pops up every now and then, and boxing fans seem to love it when the debate … read more “Times Live Top-10 Greatest-Ever Heavyweight Champions list sure to cause debate” 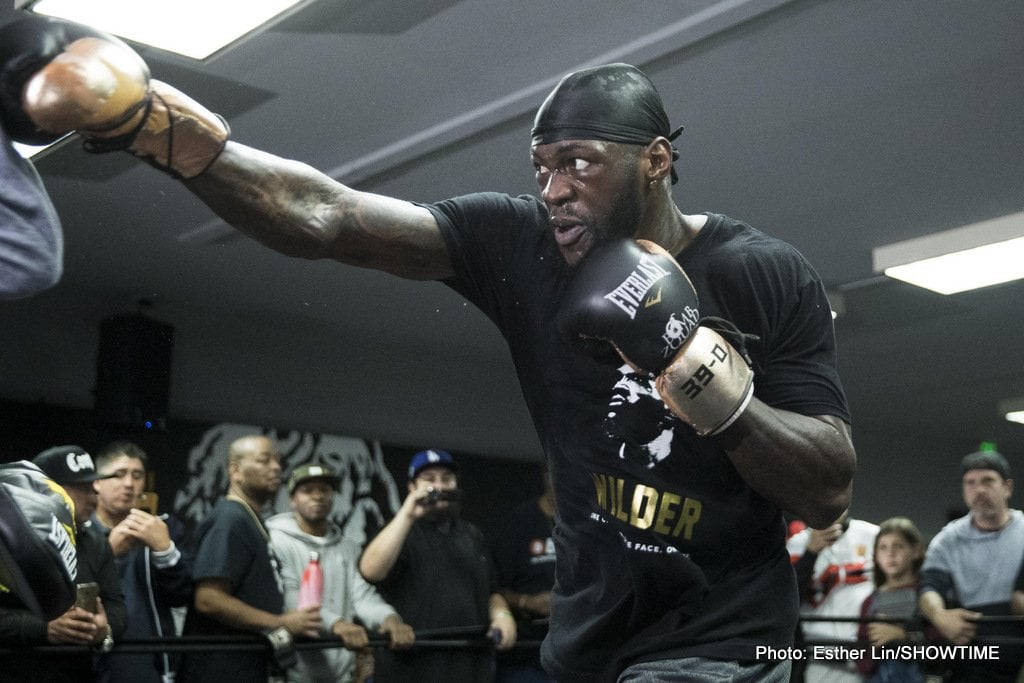 As fans may recall, Deontay Wilder recently made a comment – in reply to being asked what he felt would … read more “Deontay Wilder says the old era of heavyweight greats should big-up the new era’s fighters, not hate ’em!” 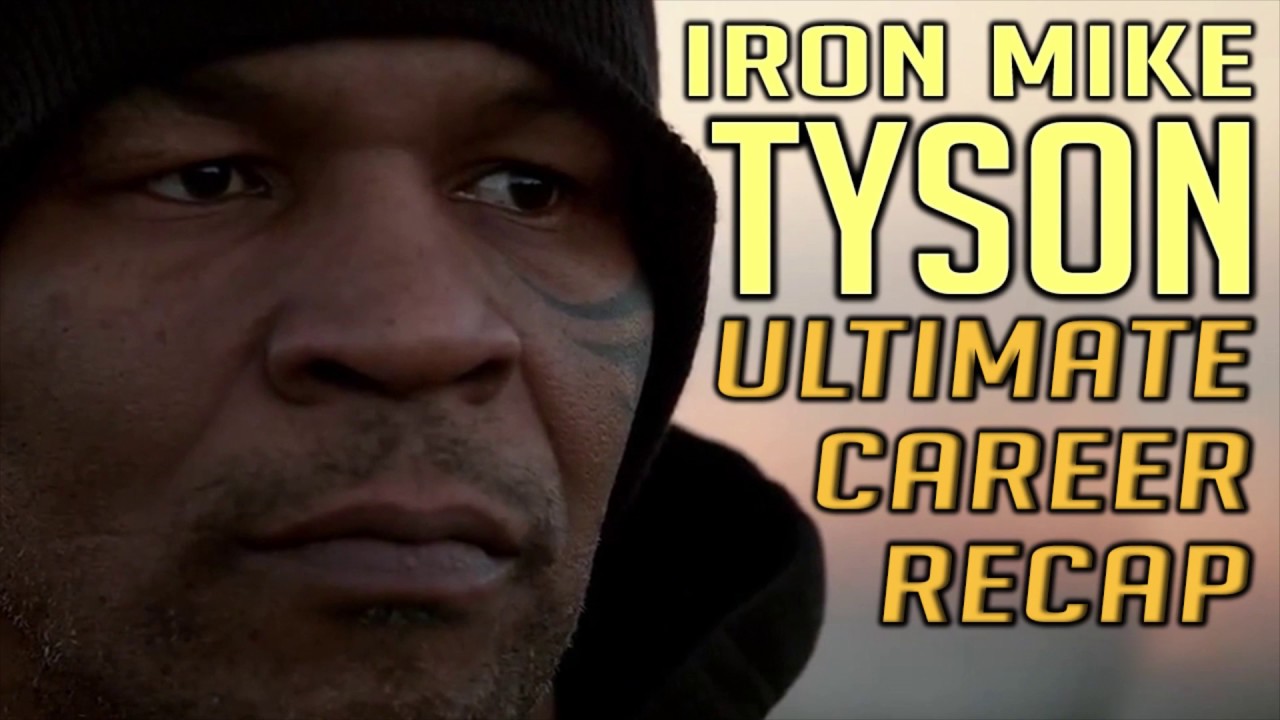 Iron Mike Tyson is arguably the most exciting boxer in the rich history of professional boxing. Tyson electrified audiences with his crowd-pleasing style that often resulted in magnificent highlight reel knockouts. Tyson’s unique blend of blazing speed and devastating power made him an absolute force to be reckoned with.

Might we one day see another explosive, powerful, fast and dynamic fighter named Tyson rise to the top of the heavyweight division? If looks, and genetics are anything to go by, Mike Tyson’s 15 year old son, Miguel Leon Tyson, might just become a formidable fighter and give it a try one day in the not too distant future. 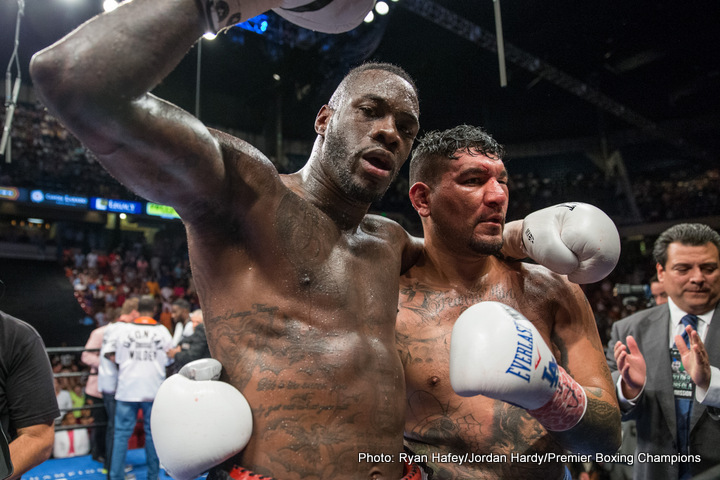 Deontay Wilder is a most exciting fighter, a very powerful and dangerous fighter and a very determined fighter. By his own admission, the 39-0(38) KO-King is also wild, but at the same time “very hard to prepare for.”

But Wilder has yet to convince fans he is the best heavyweight, puncher or otherwise, in the world today. In contrast, by the time of his very first world title fight, Mike Tyson was already being looked at by many as THE best heavyweight on the planet. And just recently – via a short interview with TMZ Sports – Wilder, upon being asked the question, how would he do against the ’86 version of “Iron Mike,” swiftly replied how he would have “Kicked his ass!”

Three full decades ago today, “Iron” Mike Tyson, at his absolute peak, scored a crushing, somewhat disturbing to watch KO over former champ and all-time great Larry Holmes. The fight, staged in Atlantic City, New Jersey, was dubbed “Heavyweight History,” and though the match-up was much maligned in certain quarters, it did prove to be a passing of the torch – a most graphically violent one. 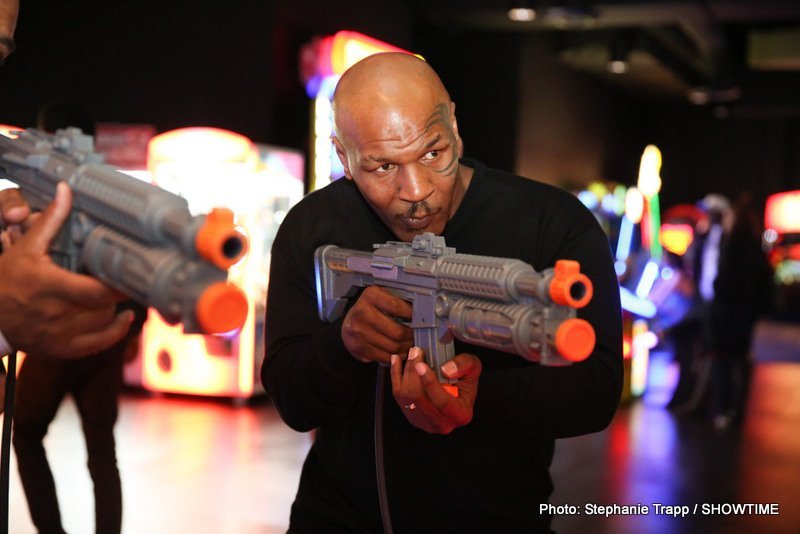 Former heavyweight king Mike Tyson is to open a 40-acre cannabis ranch in Death Valley, reports say. Tyson, for years a strong believer in the many benefits marijuana can have on a person’s well being, is set to embark on his latest venture due to how cannabis has been legalised for personal use in California. 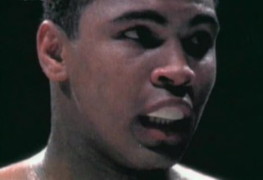 It’s more than likely THE ultimate Dream Fight; the mythical match-up that really gets fans talking – and debating. Muhammad Ali, in his prime, against Mike Tyson, at his physical fighting peak: who wins?

The Daily Star has just unearthed a short Tyson interview where the youngest heavyweight ruler in history talks about what would have happened had he met “The Greatest.”