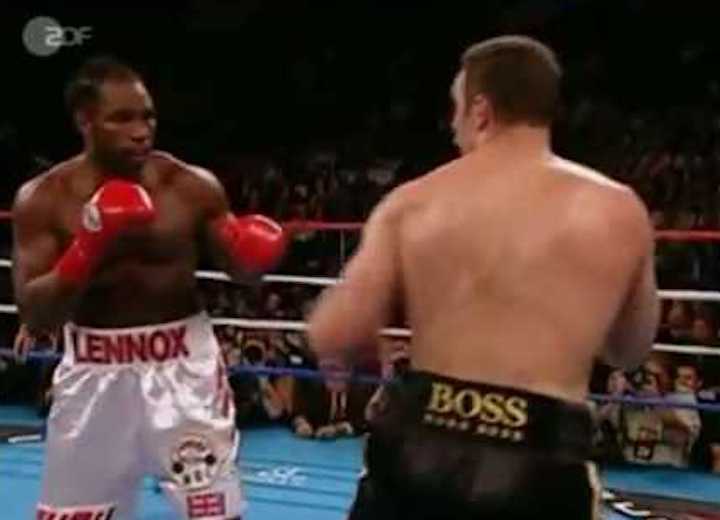 he following is a list of fights that could so easily have happened; indeed should have happened. Yet for whatever reason or reasons, they did not materialize.

How interesting would these massive fights have been?

The heavyweight rumble the world champion and the future WBC champion put on in June of 2003 was a savagely entertaining affair. The two giants traded hard, potentially knockout blows, for half a dozen fantastically entertaining rounds – only for a definitive conclusion to the war failing to materialise due to the horrific cuts Klitschko had picked up. As such, the fans left the arena desperately craving more.

Lewis, however, was at the end of a great career, and he decided to call it a day. This was a smart move on the part of Lennox, but it left “Dr. Iron Fist” and millions of fans feeling seriously disappointed. Would Lewis have beaten Klitschko without the aid of cuts, or would Vitali have started his reign as world champ a year or so sooner than he actually did had the two met again?

The September, 1999 meeting between these two special and unbeaten welterweights gave us one of the most controversial decisions of the decade. Fans argued long and hard over whether or not the slow-starting “Tito” actually deserved the majority decision he was awarded after he’d taken the final three rounds against the back-pedalling “Golden Boy.”

A rematch would have likely settled once and for all who the better fighter was. Oscar spoke of a rematch almost instantly. Hurt at the decision going against him after he’d “put on a boxing masterpiece,” De La Hoya said he’d have no choice but to go for the KO in the return. But would Oscar have gotten the stoppage, or would the lethal-hitting Trinidad have got to De La Hoya’s chin first?

Jones, then unbeaten and unbeatable-looking, put on a clinic against “Lights Out” when they met as unbeatens in November of 1994. The fight was far from great, as Jones was way too fast and slippery for the poorly conditioned Toney. Still, as a display of boxing skill, the fight was a joy to watch. And even though he had to lose a reported 19-pounds perilously close to the fight, the dehydrated Toney remained an elusive target himself. Jones later complained about how hard Toney was to hit cleanly.

Would an in-shape Toney have been able to make it a totally different fight in a sequel, or would the speedy Jones have won again? Jones, by and large, never was a guy fond of rematches. It’s a real pity he never fancied another go at Toney. Neither guy was hurt in the 1994 fight, and for years (even to this day) Toney has talked of what he’d do if he got Jones for a second time. In light of how damaged Jones is now, however, let’s all hope this particular rematch remains one that never took place.

Back when this fight took place before a huge live audience in San Antonio in September of 1993, “J.C Superstar” was well and truly living up to his nickname. He had conquered fast-handed boxers before, such as Whitaker team-mate Melrdick Taylor, and he was the favourite to get the win over the defensively-sound “Sweet Pea.” However, southpaw Whitaker fought with none of the too-brave-for-his-own-good bravado Taylor did against the Mexican legend. Whitaker frustrated Chavez, he made him miss and he countered him with stingingly accurate head shots. Chavez was never hurt, but boxing was hurt by the controversial draw he was saved by.

Was welterweight a step up too high for Chavez? Did he simply underestimate Whitaker? Would Chavez have possibly been able to master Whitaker’s style in a return? Team-Whitaker tried their best to get the rematch on, but Chavez wasn’t interested. In “avoiding” a return, Chavez perhaps harmed his reputation more than at any other time.

This heavyweight classic, that took place in February of 1990, gave us THE biggest upset in all of boxing. Douglas, a massive underdog, whipped himself into the best mental and physical shape of his life (his motivation improved immensely by the sad passing of his mother) and he gave “Iron” Mike a serious whupping. Boxing and moving, planting his feet and landing bombs, “Buster” fought a near-perfect fight.

He was, of course, sensationally decked in the 8th-round by a desperate Tyson uppercut, but Douglas beat the “long count” and then got back to hammering his way to the world title. The KO Douglas scored in the 10th-round was truly stunning, and Tyson would never be the same fighter again. But the youngest heavyweight ruler of all time had entered the Tokyo dome in less than stellar condition, and maybe, maybe Douglas got lucky. Only a return would have given us a definite answer. Would Tyson have pushed himself to the limit in camp for a return, and would he have done what most people felt he’d do in the first fight as a result? Or would the gifted Douglas have shown he simply had Tyson’s number?

Leonard wanted this rematch, while Hagler was tempted but managed to resist. Would Sugar have been clever enough, smart enough, lucky enough and tough enough to have repeated his controversial split decision victory over Marvin? Did Leonard really win the first fight?