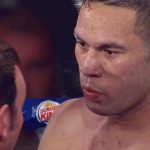 Joseph Parker may have made history by becoming the very first heavyweight champion (WBO version) to come out of New Zealand, but the unbeaten star wants more – lots more. According to David Higgins of Duco Events, Parker is likely to be in attendance at Wembley in April when IBF heavyweight champ Anthony Joshua meets former undisputed king Wladimir Klitschko in a fight that will also contest the WBA belt.

Why? Because Parker aims to call out the winner for a massive unification fight. 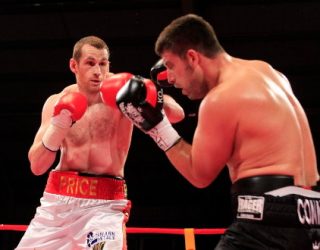 Newly crowned WBO heavyweight champion Joseph Parker is lining up his first title challenger for April 8, and there are at least three names in the running for the shot. Parker could fight a British foe in David Price or Hughie Fury, or he could face unbeaten New Yorker Jarrell Miller.

According to a piece on Sky Sports News, who spoke with Price, Parker’s people are keen on “showcasing” Parker in the UK, and would therefore prefer a British challenger for April. Bob Arum, who was quoted as speaking with Boxing Talk, said the April challenger will be either Price or “Big Baby” Miller. 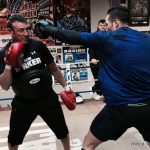 New WBO heavyweight champ Joseph Parker seems to have plenty of options now that he has made his mark as the first New Zealander to have won heavyweight gold. Parker may have to face Hughie Fury in a mandatory first defence next spring, but the 24-year-old’s promotional outfit Duco Events are looking at all options – some of them massive.

David Higgins of Duco spoke with Sky Sports yesterday and he discussed everything from a Parker-Fury fight, to a Parker-Wilder unification fight, to a Joshua-Parker doubleheader on April 29, when AJ will fight former champ Wladimir Klitschko. 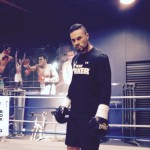 Unbeaten Joseph Parker, who captured the vacant WBO heavyweight title at the weekend with a close decision win over Andy Ruiz Jnr, is already looking at his first title defence. Parker and his team want a break first (the 24 year old has had an amazing 15 fights in just three years) but the first defence is being looked at for March or April of next year.

Parker, 22-0(18) was a very interested onlooker as IBF champ Anthony Joshua did the business against challenger Eric Molina and the New Zealander says he will fight AJ “any time he wants or [whenever] I want.” However, it is more likely Parker will defend against Hughie Fury next spring. Parker is confident he can beat either Brit, but the Joshua fight is the big one. 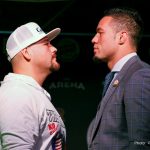 JOSEPH PARKER V ANDY RUIZ ROUND BY ROUND: Vector Arena, Auckland New Zealand, packed house. Duco well done, the premiere promotions company in this part of the world has the place buzzing with expectation that their man Joseph Parker (22-0) can create history in becoming the first New Zealand born Heavyweight Champion of the world. Duco have have nurtured Joseph Parker, encompassed him a professional management team and aligned him with world class trainer Kevin Barry. 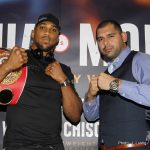 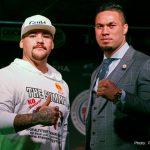 Pound-for-pound star Terence Crawford has vowed to make a statement against John Molina as he looks to be crowned the 2016 ‘Fighter of the Year’.

29-year-old Crawford clashes with the teak tough Molina this Saturday night, exclusively live on BoxNation, at the CenturyLink Center in his hometown of Omaha, Nebraska.