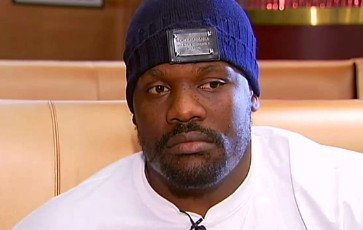 Paulie Malignaggi says he will fulfil a lifelong dream when he challenges Gianluca Branco for the European Welterweight title at The O2 on December 12, live on Sky Sports Box Office. The Italian-American was born in Brooklyn but spent the his early years in Siracusa, Sicily before returning to the Big Apple, where he has become one of America’s most popular fighters.

Just because UK fans knew it was likely coming, doesn’t make it any less a bitter pill to swallow, yet the [bad] news has finally dropped this afternoon [Fri] that Matchroom’s Dec. 12 show, headlined by the British heavyweight title clash between prospects Anthony Joshua (14-0, 14ko) and Dillian Whyte (16-0, 13ko) is to be a PPV event.

Promoters Matchroom and Sky Sports – their exclusive broadcast partner – are already taking an absolute hammering from angry fans on social media, dismayed at the prospect of shelling out for a PPV that includes NO genuine world title fights so close to Christmas, and only two weeks after Sky are set to charge fans for the Klitschko/Fury heavyweight world title fight on Nov.28.

Unbeaten British heavyweight prospects Anthony Joshua (14-0, 14ko) and Dillian Whyte (16-0, 13ko) met head-to-head for the first time ahead of their Dec. 12 ‘Bad Intentions’ fight today in London, with Whyte placing his hand on Joshua’s heart, saying ‘we’re gonna do this.’

The two will square of on an as-yet-unconfirmed, though what’s expected to be PPV, bill from the O2 Arena, in what promoter Eddie Hearn today called ‘the biggest UK fight of the year.’

Unbeaten heavyweight prospect Anthony Joshua (14-0, 14ko) has predicted he will get his revenge on old rival Dillian Whyte (16-0, 13ko) on December 12th in London, and avenge his 2009 loss to the Brixton-based “Bodysnatcher” via knockout when the two go head to head at the city’s O2 Arena.

Joshua, who has so far destroyed all in his path since turning pro following Olympic gold in 2012, has acknowledged the rock and a hard place situation that has developed in his career, with him now more than ready to move on to the ‘next level’ of opponent – taking the very first step with this crunch bout against fellow big-hitting prospect, Whyte.

After both men came through their respective fights in style last night in London, new Commonwealth heavyweight champion Anthony Joshua and bitter rival Dillian Whyte, are all set to square off on December 12th at the O2 Arena.

Despite nursing a shoulder injury in his 3rd round stoppage of overmatched late notice opponent Brian Minto, the unbeaten Whyte confirmed that he will be fit for AJ, and the injury will not put the brakes on the big domestic showdown that will also be for the vacant British title. 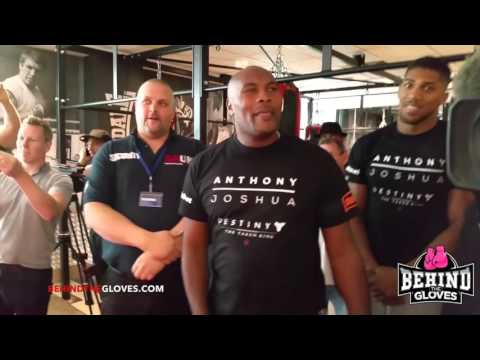 Provided they both come through their fights on Saturday night, against Gary Cornish and Brian Minto respectively, then unbeaten British heavyweight prospects Anthony Joshua and Dillian Whyte, will clash in London on December 12th for the British and Commonwealth heavyweight titles.

The eagerly anticipated dust-up between the old foes, largely stemming from an old amateur rivalry that saw Whyte beat Joshua in 2009, provided a taster of the bad blood to come at today’s presser to promote Saturday’s card, when Whyte told Joshua, ‘You’re getting hurt in December.”