Skip to content
By Michael Collins: Two giant 6’7” heavyweights Deontay Wilder (25-0, 25 KO’s) and Kelvin Price (13-0, 6 KO’s) battle it out tonight in a fight for the vacant WBC Continental Americas heavyweight title at the Sports Arena in Los Angeles, California. The two of them have vastly different fighting style, however, with Wilder throwing pure power shots, and Price more of a pure boxer with limited power.

Price does have decent power, but it’s nothing like the kind that Wilder. There’s no comparison in that regard. Wilder is one of those rare heavyweights with classic one-punch knockout power in either hand, and if he connect on Price’s chin he’s going to put him on the canvas. That’s a given for this fight. Price will do down.

The only question is whether Price can get up and resume his safety first boxing style. He’s someone that will be looking to jab his way to a decision, because he’s not going to be looking to throw too many actual punches at Wilder because it’s just not safe to that. If Price starts throwing power shots, he’s going to leave himself open for Wilder’s monster shots.

By Michael Collins: Heavyweight prospect Deontay Wilder (25-0, 25 KO’s) takes the next step in his career on Saturday night against a very good heavyweight in unbeaten Kelvin Price (13-0, 6 KO’s) for the Vacant WBC Continental Americas title in a fight televised by Showtime on the undercard of Amir Khan vs. Carlos Molina at the Sports Arena in Los Angeles, California. The late Emanuel Steward was very high on the 6’7” Wilder before Steward passed away, and he saw the 27-year-old as the number #1 heavyweight in the United States, and the heavyweight prospect with the best chance of winning a world title.

That says a lot about Wilder because there are a lot of good young heavyweights out there like David Price and Tyson Fury, and Wilder has been kind of hidden away compared to those press and the hype those guys have received.

Wilder is facing a tall fighter on Saturday in 6’7” Price. Wilder has been accustomed to being the much bigger guy in his fights, but that won’t be the case when he faces Price. He’ll have someone looking him straight in the eye and it’s going to be a real test of Wilder to see how he responds in a fight like this. 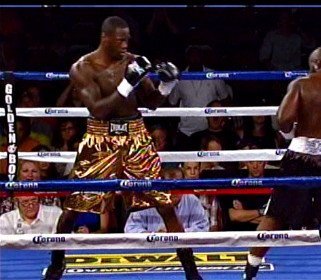 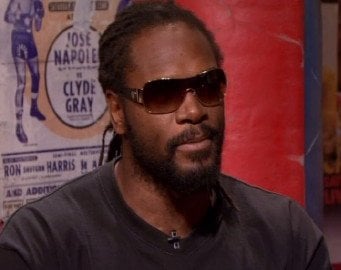 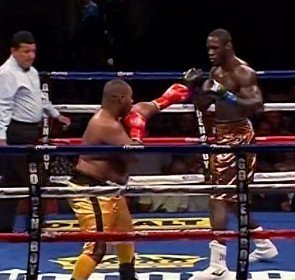 By Rob Smith: Golden Boy Promotions CEO Richard Schaefer is saying that unbeaten heavyweight prospect Deontay Wilder (25-0, 25 KO’s) is being slated to get back in the ring on December 15th in a fight that would wind up being televised on Showtime. There still isn’t an opponent picked out for Wilder for that date, but unbeaten Bryant Jennings (15-0, 7 KO’s) is a slight possibility for that fight.

Jennings, Wilder and Main Events have been battling back and forth on twitter since last night with an offer being made from Main Events, Jennings’ promoter, to Wilder’s promoter at Golden Boy. The offer made for the fight was $20,000, and Schaefer doesn’t look as if he’s going to accept that.

Wilder’s trainer Jay Deas said to RingTV “There’s room for negotiation, and that’s something we’ll explore but there would have to be a lot of negotiation.” 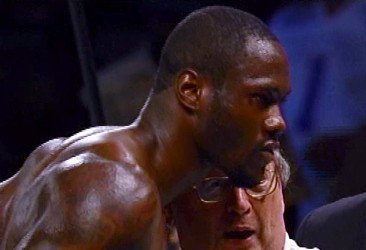 By Kenneth Davis: Unbeaten heavyweight prospect Deontay Wilder (24-0, 24 KO’s) will be making a quick return to the ring on Saturday night against 5’11”, 39-year-old Damon McCreary (14-0, 10 KO’s) in a 10 round bout a The Hanger in Cosa Mesa, California. Wilder last fought a month again in wiping out Kerston Manswell in one round. However, because Wilder’s fights are over with so quickly without him sustaining any real punishment, he’s able to fight more often than normal fighters typically do.

Wilder should get past McCreary in one or two rounds as long as nothing goes wrong in there. Wilder will be back in the ring later on this month against an opponent still to be determined. Before he does that, Wilder will spent some time sparring with Audley Harrison to fine tune him for his October 13th fight against David Price.

At this point Wilder badly needs to get some rounds in so that he can work on developing his skills and stamina. He’s knocking guys out so quickly that he’s not able to pick up much from the fight because his opponents are caving in so quickly. In an ideal situation, it would be great if McCreary can stand up to Wilder’s huge shots long enough for him to get at least 8 good rounds in. However, for that to happen McCreary will have to take some wicked shots that will really test chin. If he can take them then all the better for Wilder, but it’s highly unlikely that McCreary will last long with Wilder teeing off on him. 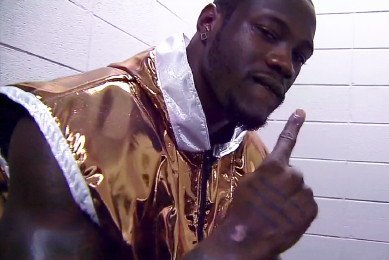 By James Slater: As has already been reported, unbeaten 26-year-old heavyweight contender Deontay Wilder will make a quick return to action fowling his recent 1st-round KO win over Kertson Manswell. “The Bronze Bomber” now has an opponent: according to Golden Boy match-maker Eric Gomez, who spoke with Ringtv.com, Wilder will look for his 25th KO win in as many fights against 39-year-old Damon McCreary on September 8th, in a fight that will go out on Fox Sports Net.

McCreary, known as “Bulldog,” has a good looking pro record at 14-0(10) but, his age aside, the Detroit fighter has a number of things going against him heading into this, the biggest fight of his career by far. Number one: McCreary is just 5’11” (compared to 6’7” for Wilder) and he has had just one fight as a heavyweight – his last fight, when he came up from 185-pounds to scale 230 for his November 2010 points win over Raymundo Lopez. Number two: McCreary has been inactive, with just one bout since 2007, this being the 2010 win and three: McCreary has never before met a fighter as good, as powerful and as talented as Wilder.

Add it all up, and it looks like yet another ultra-quick win for the 2008 Olympic bronze medallist. Wilder, though, is keeping very busy and he has called out bigger, better names than McCreary, who has had who knows how much notice/time to train for the fight that will take place a week on Saturday. Wilder says he wants Tyson Fury, yet argues how the unbeaten Brit is afraid of taking him on. Who knows for sure what the real story is?