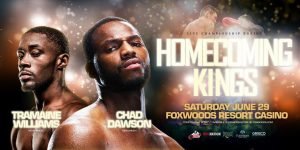 Beginning Thursday, fight fans from around the globe no longer have to miss out on their favorite boxing, MMA or Muay Thai cards, nor will they be forced to search desperately for a ringside spectator’s blurry mobile phone feed at non-televised events.

Perennial Jr. Middleweight contender Delvin Rodriguez, (29-8-4, 16KO’s) Danbury, CT takes on upset minded Courtney Pennington, (10-4-1, 5KO’s) in a 10 round Jr. Middleweight matchup on Thursday, May 11th, at The Mohegan Sun Arena. Pennington earned the right to fight Rodriguez by securing two huge back to back upset victories over highly regarded favorites. The event, part of the exciting “Slugfest at the Sun” promises to be another action-packed lineup of professional boxing promoted by Joe DeGuardia’s Star Boxing®. 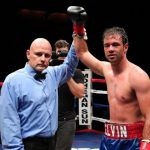 Joe DeGuardia’s Star Boxing put on a terrific 5 bout card last night as former 2 time world championship challenger Delvin Rodriguez (29-8-4 16KO Danbury, CT) had all he could handle from Iraqi War veteran Shawn Cameron (10-2 5KO Brooklyn, NY) as the two warriors fought at a fever pace over the 10 round distance in a Jr. Middleweight battle in the main event at “Slugfest at the Sun” at The Mohegan Sun Arena, Uncasville, CT last night. It was a one sided fight. Not that anyone was really surprised by that, Delvin Rodriguez has had a long career and has been in more than his share of ring wars. After having been brutalized by a reinvigorated Miguel Cotto in 2013, few would have imagined him getting another shot at a title belt. Yet there he was, matched up with the slick Cuban fighter Erislandy Lara, for Lara’s WBA Super welterweight belt, in the headlining card on Spike TVs latest edition of Fright Night Lights Out. Al Haymon’s Premier Boxing Championship series was ready to showcase Lara’s talents to a national audience, and they believed that Delvin was the tough, gritty type of fighter who would provide just enough of a challenge to allow their charge to shine. They just forgot one thing: Erislandy Lara don’t care. 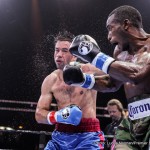 Below are comments made by the televised fighters following their performances tonight: 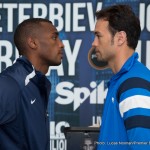 Lara (20-2-2, 12ko) has yet to box in 2015, his most recently fight a points shut out over ‘The Money Team’s” Ishe Smith last December. This followed his controversial SD loss to Canelo Alvarez 5 months previously – a fight that split opinion, though the Cuban believed he won the contest on the backfoot as opposed to the pressure fighting style of Alvarez that many believe was enough to nick it.