Skip to content
Legendary 1960’s middleweight contender Rubin “Hurricane” Carter today passed away at the age of 76. Carter, who was famously and wrongfully imprisoned for a 1966 triple murder, lost his battle with prostate cancer. He was a fine fighter and he scored his biggest win in 1963, when he stopped past and future world champion Emile Griffith in the very first round of a non-title clash.

Carter’s career was suddenly curtailed due to the wrongful imprisonment, a sentence that saw him serve almost twenty years. Becoming a writer whilst in jail fighting for his freedom, Carter penned his autobiography entitled: “The 16th-Round – from number-one contender to number 45472.”

By the 1970’s the injustice Carter had suffered had become big news and hugely influential world figures such as fellow boxing legend Muhammad Ali and singer/songwriter Bob Dylan came to Carter’s assistance. 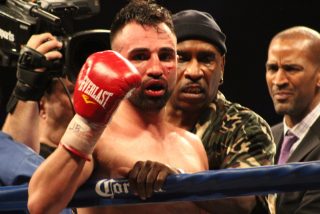 The end of Paulie Malignaggi’s (photo by Paul “Paparazzi“ Jones / ESB) pro career may well have come after last night’s 4th-round stoppage defeat at the hands of a relentless Shawn Porter. The slick New Yorker can now earn a living as a fine analyst for Showtime – if indeed it is the end for a fighter who began punching for pay way back in 2001 and who captured world titles in two weight divisions.

During his long career Malignaggi, as brash and as cocky as they come, more than gave his all in attempting to back up his talk. Fast, clever and possessing a sturdy chin as well as a ton of heart and courage, Malignaggi was cursed with brittle hands and with them little to no venomous punching power to speak of. It was due to this that Malignaggi knew, each time out, he was unlikely to get an early night by way of a KO. The fact that he went in with who he went in with knowing he had bad hands for a large portion of his career (with multiple breaks and fractures suffered) illustrates the Brooklyn man’s courage.

In The Battle of Manchester, Anthony Crolla eventually proved to be too much for lightweight rival John Murray. The two men gave their all in a terrific fight that met, even surpassed expectations, but in the end the younger, fresher man pulled out the victory. Dropping Murray with a left hand that landed behind the ear, Crolla then finished his man with a brutal follow-up barrage that prompted the ref to dive in. The time was two-minutes and 20-seconds of the 10th. Murray, who finished the war with a badly swollen and bloodied right eye, is now 33-3(20). Crolla, the younger many by two years at age 27, improved to 28-4-1(11).

From the outset Murray came out hard and fast as expected and Crolla had to dig deep so as not to be overwhelmed. The pace was a hot one straight away and Murray’s vicious and relentless body work was proving effective. Crolla countered well, though, and he landed the cleaner work upstairs. Crolla did look like he was perhaps tiring by the 4th and 5th-round but Murray’s right eye was swelling noticeably.

Tonight in Manchester defending WBA super-bantamweight ruler Scott Quigg put on one of his most devastating and impressive showing thus far in his career as he annihilated South African danger man Tshifhiwa Munyai in two sizzling rounds.

Dropping “The Atomic Spider” with a cracking left hook to the jaw towards the end of the opening round, Quigg looked to have the fight all won. Munyai, a late replacement challenger, showed real heart in beating the count and seeing the round out. The end was not far away however. A thudding right hand to the head put the taller man down in the 2nd, and the follow-up barrage gave referee Howard Foster no option but to dive in and wave the fight off. The time was one-minute and 56-seconds. 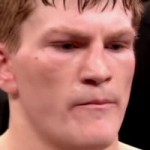 It’s almost five years ago since Manny Pacquiao scored that brutally terrifying 2nd-round knockout over Ricky Hatton. Going into the fight in Las Vegas in May of 2009, many people were expecting Hatton to either: give Pac-Man a serious run for his money, or: actually defeat him with his advantages in size and physical strength. This line of thinking was completely blown out of the water after less than six-minutes of action, as Pacquiao scored a KO for the ages.

Still, all these years later, Hatton, now retired and secure in the knowledge that he gave his all in each and every fight of his career, thinks back to that night a half-decade ago. Could Hatton, had he prepared himself properly, with a hassle-free training camp, have beaten the southpaw dynamo? Would the peak Ricky Hatton, the fighting machine that upset the great Kostya Tszyu, have been too much for the man who turned pro as a 106-pounder all those years ago in The Philippines?

Manny Pacquiao looked very good last night in gaining “revenge” over the man who officially defeated him but never really beat him almost two years ago. Still fast of hand and still having real fire in his belly, the Filipino superstar won a wide decision over an aggressive but wild Tim Bradley. But, once again, the talk at the post-fight press conference was of a Floyd Mayweather Junior-Manny Pacquiao showdown: this must-see fight being one that fans have been hoping for, and hoping for, for a number of years now.

Pacquiao told the gathered media that his phone line is “always open,” and that as such a fight with the undefeated Mayweather can be made. Fans, though, gave up holding their breath many moons ago (the fight would have been a true world event, transcending boxing had it taken place in 2009 or 2010) and there really doesn’t seem to be too much hope of the fight being made this year or next – at a time, by the way, when both greats will be aged 38 and 36 respectively; with Floyd being the older man. 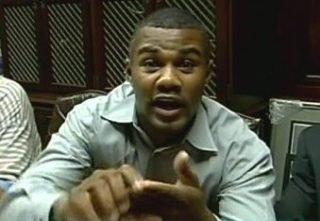 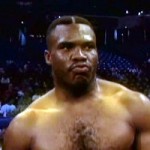 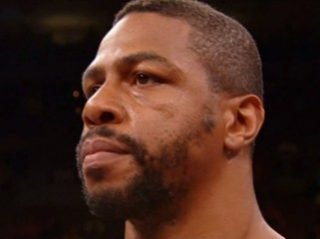 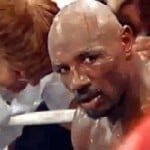