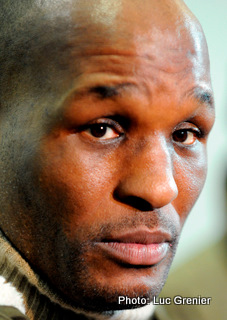 “This goes beyond being a champion,” Hopkins said when he arrived at Jean-Lesage International Airport in Québec City. “This is a grand opportunity. It is a situation I don’t take for granted. Saturday night you will see something unique. A 45-year-old man in a young man’s body is an amazing thing. I am here to prove that I can still compete and that I am something special.”

The age-defying, 45-year-old Hopkins will challenge Pascal THIS SATURDAY, Dec. 18, LIVE on SHOWTIME® at 10 p.m. ET/PT (delayed on the West Coast) from the Pepsi Coliseum in Québec City.

“What do I have to lose?,” Hopkins continued. “He [Pascal] has 16,000 fans coming to see him. That many people make a lot of noise and I am going to use that to my advantage. The crowd is my inspiration. I think I am going to gain some Canadian fans when they see what I do against Pascal. I am 100 percent ready and it is going to be an amazing fight..”

Hopkins won the World Middleweight title on SHOWTIME in 1995 and successfully defended it 20 times, solidifying his place as one of the most prolific 160-pound world champions in history. He created a dynasty over his incomparable 22-year career, boasting a resume with signature victories over, among many others, Oscar de la Hoya, Felix “Tito” Trinidad, Antonio Tarver, Winky Wright and Kelly Pavlik. 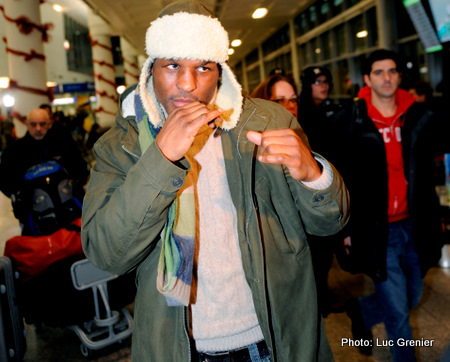 The Philadelphia native will face an emerging superstar coming off a career-best, upset victory over Chad Dawson, who was considered a top-five pound-for-pound fighter and the best light heavyweight in the world prior to the loss.

The 28-year-old Pascal, who was just five years old when Hopkins turned pro in 1988, is hoping to start a dynasty of his own. This will be the fourth defense of the WBC crown for the popular local favorite and his first for The Ring Magazine Light Heavyweight Championship.

“Dynasty: Pascal vs. Hopkins” is promoted by Groupe Yvon Michel Inc. and Golden Boy Promotions and presented by the Casino de Montreal, The City of Québec Tourism, Coors Light and Videotron. In addition to airing live on SHOWTIME, the event will be distributed live on pay-per-view in Canada on Canal Indigo, Bell TV, Shaw TV and Viewer’s Choice in French and English at 7:00 p.m. ET. 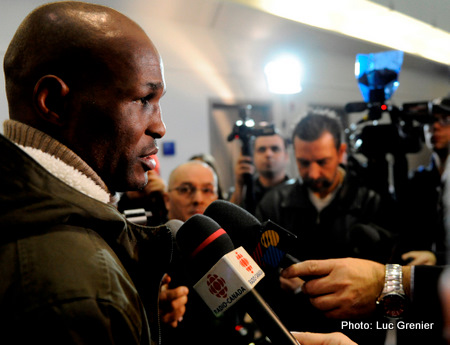