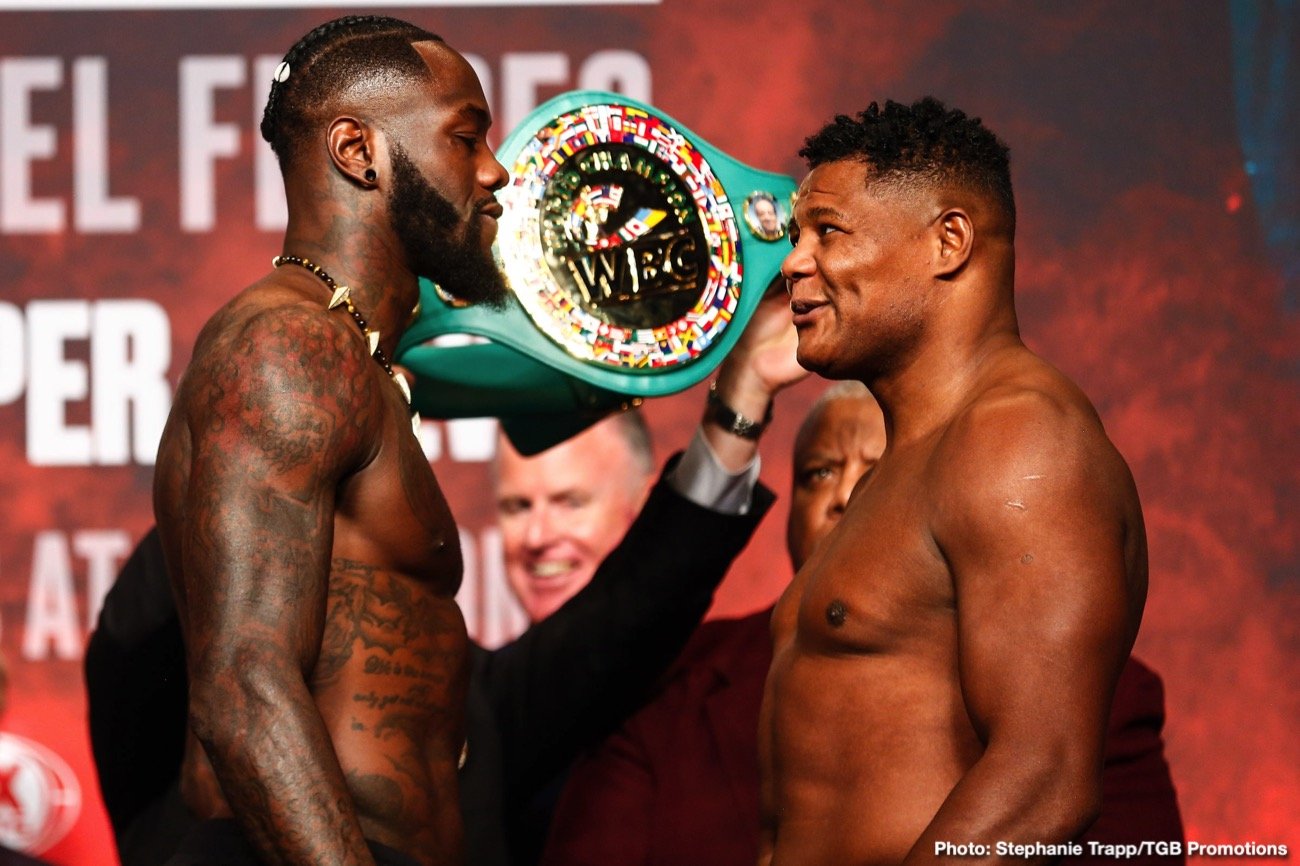 Have you been at all swayed by the absolutely superb physical condition Luis Ortiz appeared to be in as he stepped on the scale ahead of tonight’s big rematch with Deontay Wilder? Maybe you felt all along that Ortiz will win the rematch; he sure came agonisingly close in the first fight these two had or course

Ortiz has stated many times since coming unglued in the tenth round against the WBC champ in March of 2018, that fatigue was the main reason he lost that night. Of course Wilder’s simply brutal punching power had a whole lot to do with it as well, but it does make you wonder what might have happened if the Cuban southpaw has not ran out of gas. Might he have been able to stick to his game-plan and win a close decision? Might he have ramped things up a notch further than he was capable of doing in that torrid 7th (for Wilder THE worst round of his pro career bar none) and stopped the defending champ?

Of course we will never know. But tonight in Las Vegas, Ortiz gets that quite rare thing – a second chance. Having worked as hard as he both says he has and appears to have done, Ortiz – stung, tortured even, by the loss to Wilder – has to be looked at as a very dangerous man. This is almost certainly his last chance and he knows it.

The first fight, though explosive at times, was also a slow-paced somewhat technical affair, with the crafty Ortiz defusing Wilder’s power, not letting him get set and frustrating him. Had he not got tired and let his defences down as a result, who knows how many rounds Ortiz might have put in the bank.

Everyone seems to be expecting a KO tonight, either way – the majority of fans and experts feeling it will come from Wilder. But Ortiz is a clever boxer, a thinker. In top shape, the best of his career, determined and focused as never before, Ortiz, with a full gas tank instead of around half a tank, pulls off THE upset of the year with a points win tonight

One that leaves as fans, and Wilder, scratching their heads, wondering why “The Bronze Bomber’s” bombs didn’t show up. It could happen. In fact, going out on a limb, the prediction/gut feeling here is, it WILL happen.