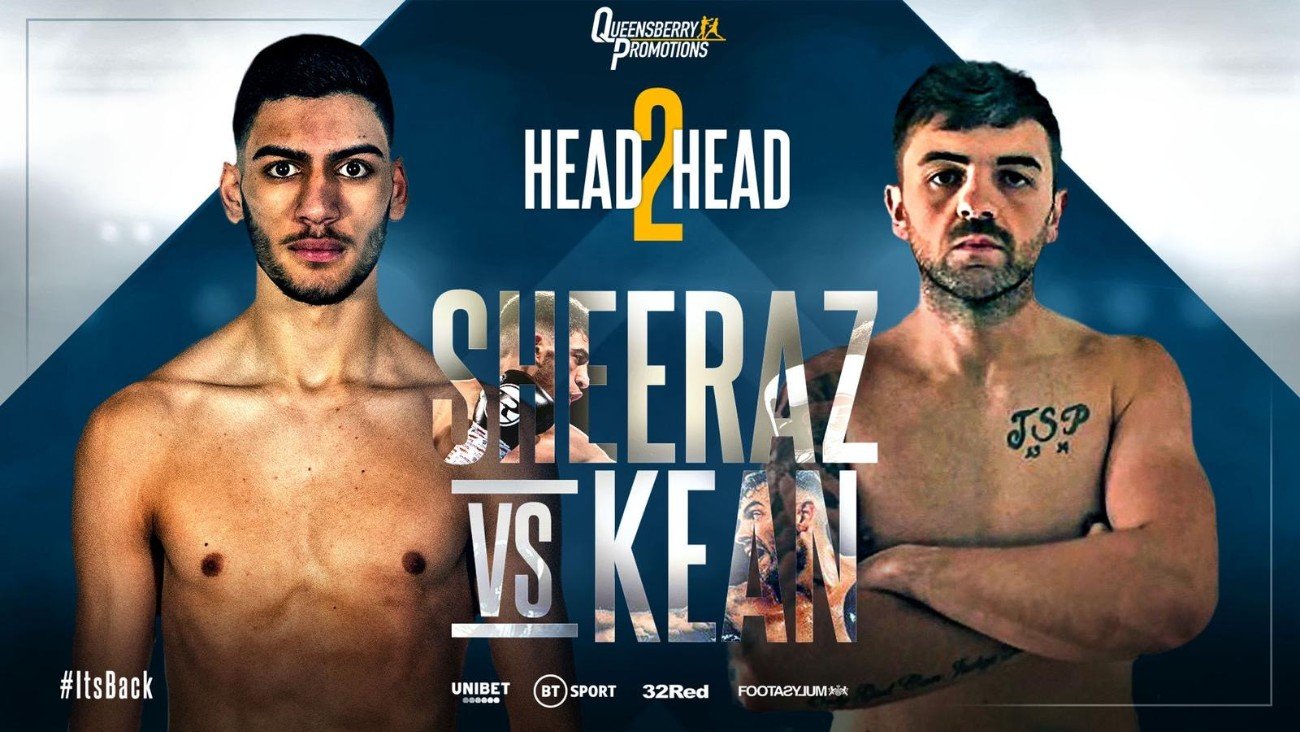 WBO European Super Welterweight Champion Hamzah Sheeraz has taken aim at challenger Paul Kean by saying that the behind-closed-doors environment plays into the Scotsman hands as he’s “used to boxing on small shows”.

Ahead of the first behind-closed-doors show on British soil – Friday night, 7pm on BT Sport 1 – Sheeraz said of no audiences: “He’s probably used to boxing on small hall shows, so if anything it plays in his favour.”

Asked if the lack of fans would impact his own performance, Sheeraz insisted ““not at all!”

“At the end of the day, it’s just going to be me and Paul in a ring smashing each others faces in. Regardless of who’s outside the ring, it’s not going to change anything.

Opponent Kean was equally forthright in his views about fighting in front of a TV audience but no physical crowd.

“A fight’s a fight, you know what I mean? It’s two people in the ring fighting. It could be in your back garden, in the street. A fight’s a fight to me” said Kean, “I’m just happy with the opportunity.”

Sheeraz and Kean have been on a collision course for some time now, with their scrap originally scheduled for the Dubois vs Joyce undercard on April 11.

That fight was subsequently moved back, first to July 11th and most recently until October 24th, and both Hamzah and Paul were happy to move their date completely to make sure they could meet.

Neither believe the delay will impact their performance.

“Anything he’s bringing fight night I’ll be more than ready for”, said Hamzah.

Kean went further still and said that Lockdown has actually helped his preparations.

The Scotsman usually balances boxing with a full-time job but Lockdown has allowed him to devote more time to his training, with the exception of the odd Zoom PT session he’s been providing to punters.

“It’s been good… I’ve got a full time job, so Lockdown has been perfect for me as i’ve been able to train as a professional for the first time. It couldn’t have worked out any better for me. It’s given me more time to prepare.”

Hamzah enters the ring as the WBO European Champion, a title he claimed by toppling Ryan Kelly in Birmingham late last year.

The young man from Ilford believes that that experience, against a tough and well-rated opponent, has given him an extra fire in his belly to push on up the rankings.

Kean was quick to reply that, despite Hamzah’s big-time experience, he and his team were ready to spring the upset.

He said: “I’m confident in my ability as well. Me and my team are more than confident in coming down and doing the business.

“This is a big opportunity for me and I’m ready to take it with both hands. I’ve been around the fight game a long time, I was a kickboxer before I was a boxer so I’m very experienced.”

A clearly unimpressed Sheeraz laughed and, with a final pre-fight pun, simply replied “Come fight night we’ll see how keen he really is.”