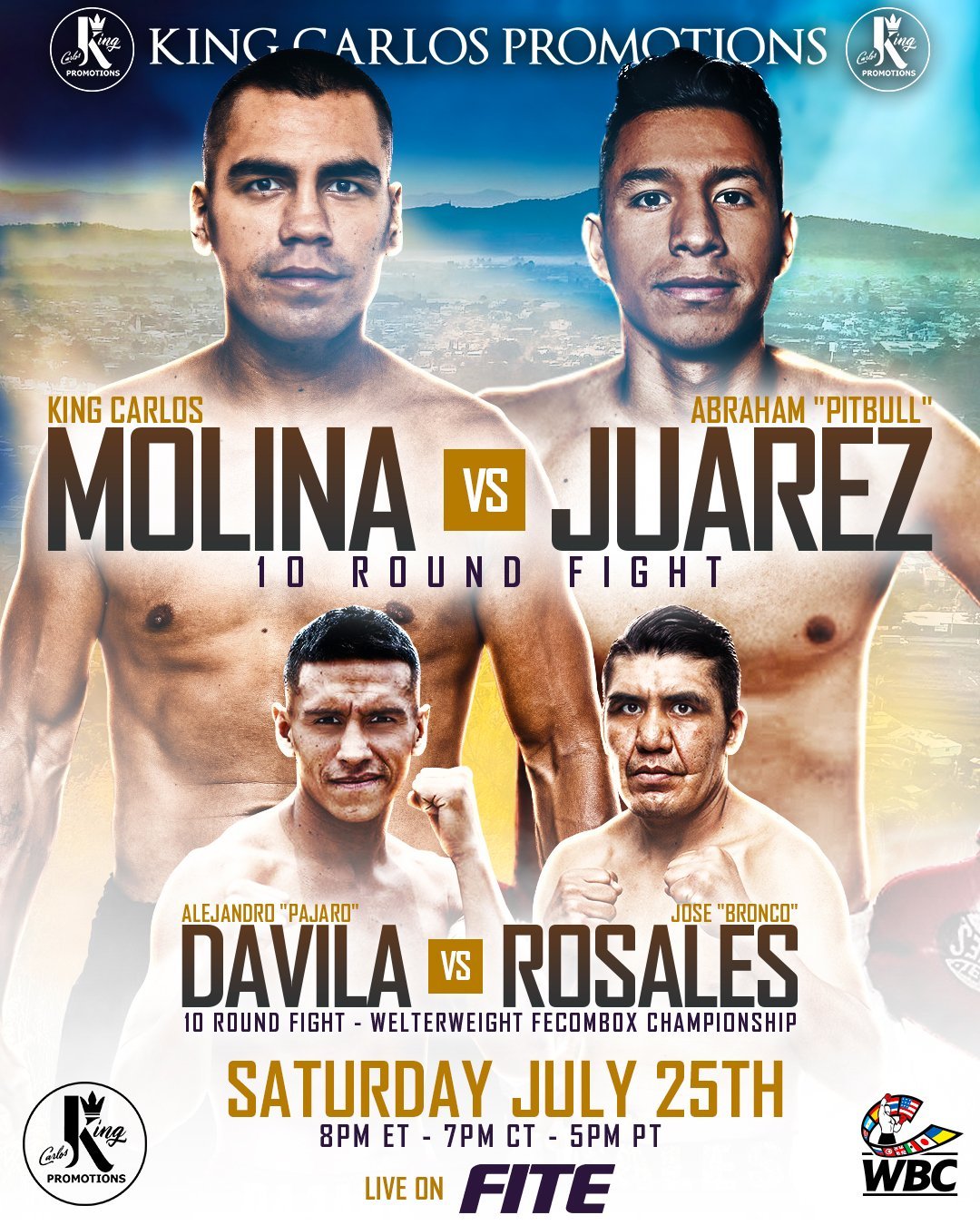 After successfully promoting the first live boxing event in Mexico pre covid era and second in the world. Promoter Carlos Molina says he plans to stay busy promoting even if it has to be closed door events for the rest of the year.

“The boxing community has taken a big hit during this difficult time not being able to fight and that’s more of a reason for me to promote as many shows as I can” said Molina. “I want to make competitive fights to make it an exciting night of live boxing for all the fans watching. I’m ready to conquer the middleweight division. I feel very strong at this weight and ready to prove myself once again, this time against all the top middleweights.”

Molina (32-11-2, 11 knockouts), a former IBF junior middleweight titleholder, now campaigning in the middleweight division is coming off of three consecutive wins all by way of KO and under his own promotional banner King Carlos Promotions. He last fought on June 6th on the first live boxing event in Mexico pre covid era and won against Michie Muñoz (27-11-1, 18 KOs) via 6 round RTD.

During his career that began in October 2003, Molina has defeated Kermit Cintron, Ishe Smith, Cory Spinks, and Ed Paredes. He is best known for his highly-controversial draws against Erislandy Lara and Julio Cesar Chavez, Jr., both of which many media thought he did enough to win, and his disqualification loss to James Kirkland in a fight he was winning up until the point of the stoppage.

Molina will face Abraham “Pitbull” Juarez (16-5, 6 KOs) from Mexico City, who is coming off of a loss to Abass Baraou via RTD 4, Molina fought Abass Baraou February 16, 2019 for the WBC International title where Molina lost a controversial decision in Germany.

The co-main bout will be an explosive 10 round fight in the welterweight division for the FECOMBOX title between Alejandro “Pajaro” Davila (20-1-2, 8 KOs) of Mexico City against Jose “Bronco” Rosales (38-25, 20 KOs) from San Luis Potosi, Mexico, in a sure to be action-packed fight as both fighters are excellent at applying pressure and won’t back down.

Rounding out the undercard are young prospects Christopher Ramirez vs Guadalupe Mendez in a 4 round fight; in a superwelter weight fight Mauricio Estrada vs Brandon Perez; also in the light heavyweight division Salvador Zavala vs Luis Acuña in a 4 round bout.