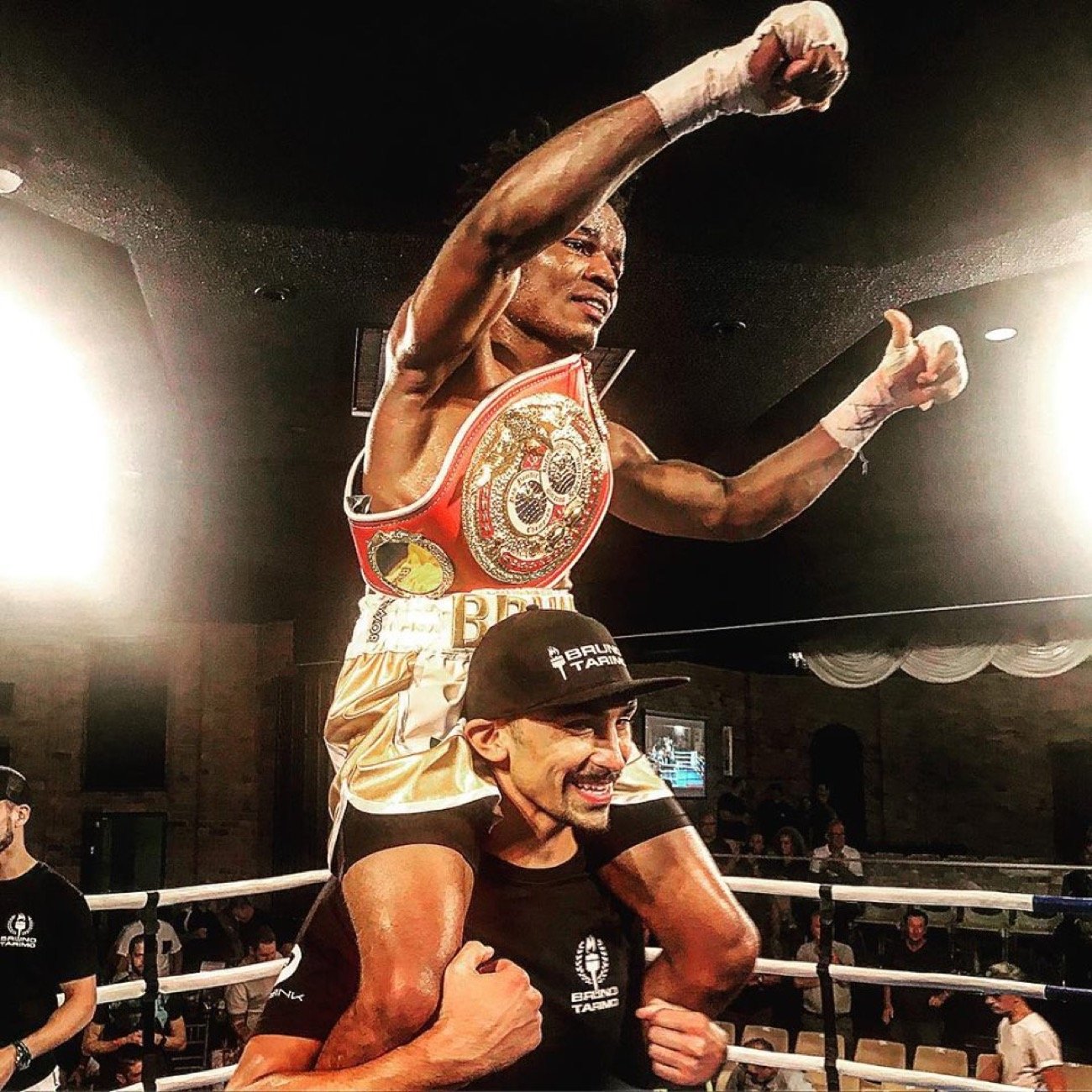 World rated Tarimo wants the smoke, Eyes all the Champions from Super Featherweight to Super Bantamweight

Tarimo was well on the way to breaking down undefeated Olympian Paul “Showtime” Fleming, which was the co feature to Tim Tzyu v Bowen Morgan at Bankwest Stadium in Sydney.

The fight was controversially stoppage when the corner of Fleming claimed their charge could not see as a result of a head clash. Tarimo was ahead on the score cards and well on the way to a victory.

Tarimo up about the fight.
” I don’t know why they stop the fight, I was going to with, I’m not happy because I train for over 6 months for this fight. Now I look for the future. I want to be World champion I will fight anyone to make this possible.

Give me any World Champion from Super Featherweight to Super Bantamweight. Diaz, Herring, Alvarado, Navarette, Warrington, Russell, Xu Can, Angelo Leo, Nery,Figueroa, Akhmadaliev I am ready for everyone.

I want to thank the IBF for all their opportunities, this help my family for give them better life”

Tarimos Manager gave his take
“Bruno looked sensational and was just getting warmed up against Fleming, its not the result either team wanted but we move on. Bruno is as old school as you get. He will literally fight anyone, anywhere, anytime. Bruno is in the same mold as Alexander Usyk both are the consumate Road Warriors.

We are looking for Bruno to drop in weight classes and campaign at Super Bantamweight. There is a reason he is called the Teriminator, he does not stop till he terminates the opposition. We have seen Bruno defeat World Rated and Olympic Boxers since coming to Australia, Dib, English, Brunker, Gurdijeljac, May, Fleming.

One thing is for certain, once Bruno gets his opportunity for a World Championship its going to Hasta La Vista Baby for his opponents!”