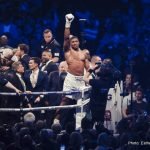 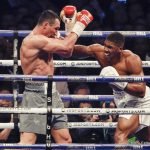 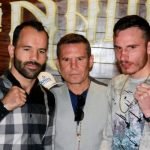 This Saturday night in Las Vegas we will see the massive Battle of Mexico, between stars Saul Canelo Alvarez and Julio Cesar Chavez Jr. All of Mexico will be watching, but last night, in a much smaller fight down at 154, the brothers of Canelo and Chavez Jr. fought a rematch of their 2014 fight. 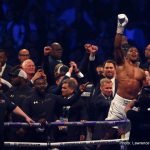 Anthony Joshua’s epic eleventh round victory over Wladimir Klitschko at Wembley Stadium has catapulted the unified heavyweight champion of the world into the sporting stratosphere. Joshua, who was already a household name in Europe, is now one of the biggest stars in the sport and has already had all of the top heavyweights angling for a fight against the new money man in the division. 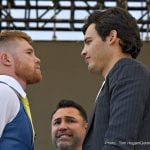 Flipps Media has announced that it will stream the May 6th super fight between Saul “Canelo” Alvarez and Julio Cesar “JC” Chavez, Jr., live on pay per view in the United States and Canada, starting at 9 p.m. ET / 6 p.m. PT, from sold-out T-Mobile Arena in Las Vegas, Nevada.

“Canelo vs. Chavez, Jr.”, promoted by Golden Boy Promotions, is available to watch in HD in English and Spanish on the Canelo-Chavez.com website for a suggested retail price of $69.99. 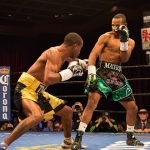 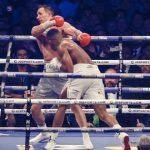 Anthony Joshua was crowed the king of the heavyweight division Saturday live on SHOWTIME as he unified the division with an 11th round TKO of long-reigning champion Wladimir Klitschko before a record 90,000 fans at London’s Wembley Stadium.

Joshua, who remains a perfect 19-0 with 19 knockouts, overcame the first knockdown of his career to successfully defend his IBF belt and pick up the vacant WBA title. 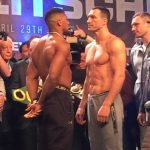 Although I have long lined up my bet for the forth coming fight which will see Wladimir Klitschko take upon the formidable Anthony Joshua. I have taken further analysis to uncover how this fight is likely to unfold on the 29th April 2017.

At the time that rumour of the bout filled boxing’s corridors, I was concerned that such a bout would prove rather too early for Joshua to present the highest manifestation of himself on fight night. He remains on a notable path and momentum favours him in the exploits he has undertaken in the last year and half.