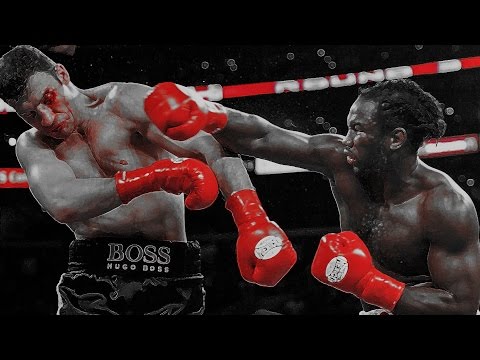 Former heavyweight world champions Lennox Lewis and Vitali Klitschko are both now retired. The two boxers fought just once during their careers, way back on June 21, 2003. They weren’t even originally scheduled to face each other on that fateful day. Originally Klitschko was slated to face Cedric Boswell on the undercard of a showcase event featuring world champion Lennox Lewis, who was supposed to go up against challenger Kirk Johnson.

The idea was to have Klitschko and Lewis appear on the same fight card in order to help create hype for a showdown between the two that was expected to take place later that year. But when a pectoral injury to Kirk Johnson forced him to pull out of the scheduled bout with Lewis just a few weeks before their showdown, Lewis and Klischko boldly decided the show must go on, and they decided to face each other instead on short notice.

The bout took place at a time when the Klitschko name was in the gutter. Vitali had already quit in a bout against Chris Byrd several years earlier, when the elder brother surrendered his WBO title belt. And just a few short months before Lewis vs Klitschko, the younger Klitschko brother, Wladimir, had been blasted away in two short rounds by the unheralded Corrie Sanders. Most observers were expecting Lewis to win decidedly against Vitali, especially since Lewis had made quick work of other tall challengers in recent years, having stopped Andrew Golota and Michael Grant in 1 and 2 rounds, respectively.

The fight between Lewis and Klitschko turned out to be an electrifying affair, with back and forth action between two big strong fighters. The bout was ultimately stopped due to a recommendation from a ringside physician, when a grotesque gash over the left eye of Klitschko was deemed too dangerous for him to continue. At the time of the stoppage, Klitschko led on all 3 of the official judges’ scorecards. Klitschko angrily protested the stoppage, winning the hearts of many fans in the process, but Lewis emerged victorious, and despite demands for a rematch, it never happen. Lennox Lewis, instead retired, having defeated every man he had ever faced as a professional prizefighter.

This edition of Rummy’s Corner attempts to provide a brief recap into a fight that has boxing fans still arguing more than 13 years after it happened. Please watch and enjoy the video!