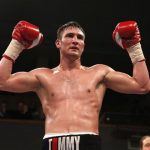 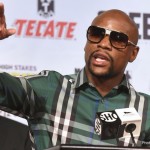 Superstar Floyd Mayweather insists he is done with boxing as far as doing anything other than help out the young fighters he has in his stable; that his own fighting days came to an end as the bell rang ending his decision win over Andre Berto last september.

Mayweather returned to the gym last week and instantly talk began of his seemingly inevitable 50th bout. But, in speaking with fighthype this weekend, the 39-year old future hall of famer closed down any such talk in a firm manner. 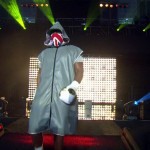 A Dereck Chisora-Dillian Whyte clash has been bubbling under for quite a while now, and the grudge-match, crossroads fight could happen this year. These two do not like each other and when Sam Sexton reportedly pulled out of a planned British heavyweight title fight with Whyte, Chisora immediately called Whyte out again.

Whyte, beaten only by IBF heavyweight champ Anthony Joshua, is the heavyweight on the rise in this particular match-up, while Chisora, who is coming off a loss to Kubrat Pulev, is seen by many as being on the way down. Still, Chisora has great experience and he seems convinced he has the beating of the man four years his junior. 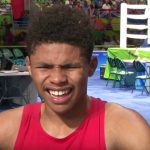 After missing out on a gold medal at Rio 2016, ultra-talented and gifted Shakur Stevenson is now looking ahead to picking up gold at pro level – where big, big things are expected of him. The 19-year-old spoke with RingTV.com over the weekend and he said he will turn pro as a featherweight, “there are top dogs at that weight,” he said. Stevenson has naturally had plenty of interest from the various promoters, yet he says he has not yet made up his mind about who he may or may not sign with.

On Friday, September 9, KO Boxing Promotions returns to the Shaw Conference Centre in Edmonton, Alberta, for a big seven fight card, headlined by Cam O’Connell (11-0-1, 7KOS) of Red Deer, ranked the #3 lightweight in the country by the Canadian Professional Boxing Council (CPBC), and Olympian Norbert Kalucza (11-1-0, 6KOs) of Budapest, Hungary. After suffering his first and only loss to Dai Davis of Wales, Kalucza will be eager to score an upset and prove he can win on foreign soil. The semi-main event features welterweights Samuel Vargas (25-2-1, 13KOs) of Toronto and Ivan Pereyra (20-7-0, 14KOs) of Torreon, Mexico, in an intriguing eight round tilt. Vargas is ranked #6 by the World Boxing Association and is the reigning North American Boxing Association champion. Pereyra is the former World Boxing Federation Intercontinental champion. 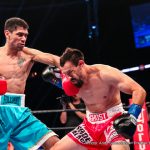 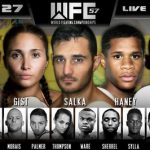 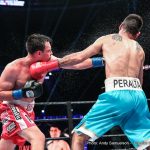 Former two division belt holder Robert “The Ghost” Guerrero (33-5-1, 18 KOs) may have seen his career finished off on Saturday night in losing to welterweight David Peralta (26-2-1, 14 KOs) in losing a 12 round split decision at the Honda Center in Anaheim, California. You can forget the split decision stuff.

It was a definite win by Peralta, who took the fight to faded Guerrero from the 5th round on to get the win. Guerrero looked like he was finished physically after four rounds. Peralta took the energy out of Guerrero in round five in hitting him hard with a powerful combination to the head. Guerrero looked he didn’t want to fight after that.