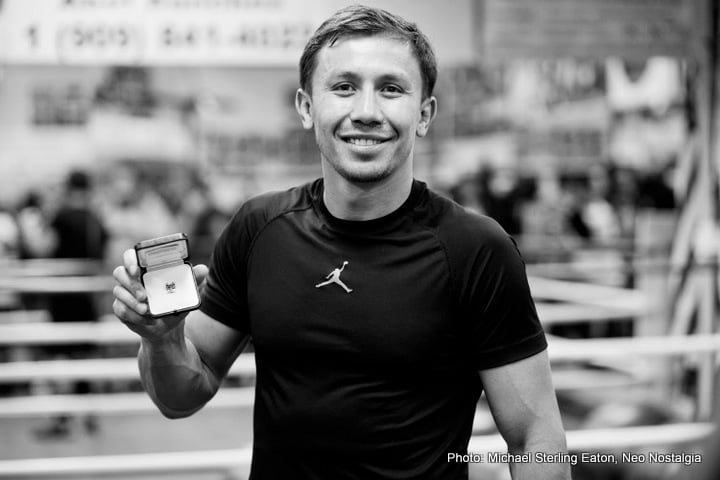 Golokvin is preparing for a highly anticipated showdown with Undefeated IBF Welterweight World Champion, “The Special One” Kell Brook, (36-0, 25 KO’s), on September 10 at The 02 in London, England.

Gonzalez is training for an extraordinary fourth divisional world title challenge as he moves up to the super flyweight division to challenge WBC Super Flyweight World Champion Carlos “Principe” Cuadras, (35-0-1, 27 KO’s) also on Saturday, September 10 at The Fabulous Forum in Los Angeles.

The four undefeated world champions, boasting a combined record of 151-0-1 with 122 knockouts provide a spectacular telecast for HBO of undefeated, world-class talent. The London fight will be telecast live on HBO World Championship Boxing from the O2 at 5:30 p.m. ET/PT and the doubleheader from the Forum in Inglewood starts at 10:00 p.m. ET/PT. The primetime presentation will also feature a replay of Golovkin vs. Brook from earlier in the day.

Below are quotes from the participants;

“Right now my focus is on Kell Brook, he signed the contract and that’s who I’m ready to fight, I have a great deal of respect for him.”

“This is my first fight in England and I’m very excited to fight in a new country.”

“Yes I want to unify the middleweight division titles but I don’t know if WBO Champion Billy Jo Saunders will fight me.”

“Move up to 168 for what, who is going to fight me there, which champion at that weight
will agree to fight me for a big fight.”

“Just too much talking about fighting me, Canelo, Eubank, Saunders, Froch they are acting like clowns with no respect for the sport. I’m here now, sign the contract and fight me, any of them, doesn’t matter which one.”

“I love it up here in Big Bear, training at the home base of Gennady Golovkin. I would like to train here for all my future fights.”

“It’s a blessing to be up here, running with Gennady in the morning, he’s a great person.”

“My weight is not a problem, moving up to super flyweight, the extra three pounds helps me.”

“Yes, Cuadras talks a lot, but I don’t take it personally, if that’s what he has to do to pump himself up, it’s no problem for me. I’ll be ready to fight on September 10th.”

“Just this fight is my focus, I’m not thinking about any other fights in the future, Cuadras is an
undefeated world champion who I respect greatly. It’s a very tough fight for me.”

“Thanks to God for allowing me to fight on HBO and to be named the #1 Pound-For-Pound Fighter, I never dreamed this would happen.”

“I dedicate this fight to my mentor Alexis Arguello, I know how badly he wanted a fourth divisional championship and I want to do this for him.”

“I love fighting at The Forum, I feel very comfortable there knowing that Alexis had success there.”

“For Gennady, he just wants to fight. Doesn’t matter where the ring is, it will be the same size
as it is here.”

“Kell Brook stepped up instead of talking about it. He’s never lost and those are the toughest fighters.”

“Our training camp has been great, our three sparring partners, Darnell Boone, Dashon Johnson and Kenny McNeil have done an excellent job preparing Gennady for Kell Brook and Gennady and I have to give them a great deal of credit.” 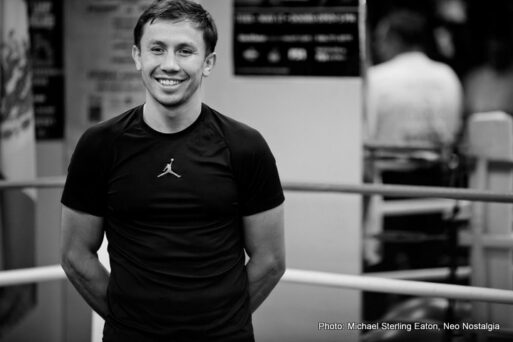 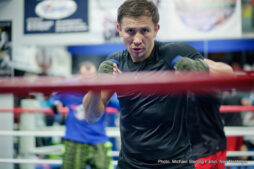 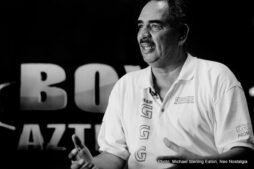 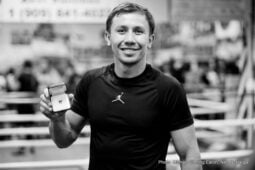 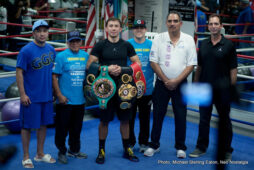 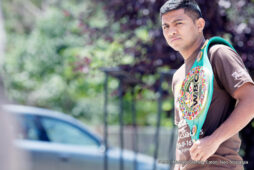 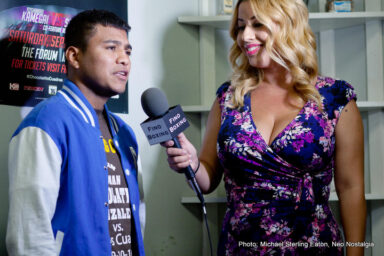 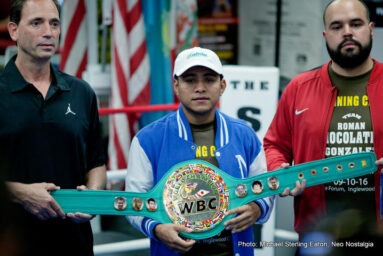 CARLOS BLANDON, Manager of Gonzalez
“It’s an honor and a blessing from God to train here in Big Bear at Gennady’s gym.”

“We are just focused on this fight and will make a decision afterwards for future fights.”

“Thanks to HBO, K2 Promotions, Teiken Promotions we are very happy with all the great things happening for Roman.”

“Thank you all for coming to the Big Bear Media Day for the two best fighters in the world, Gennady “GGG” Golovkin and Roman “Chocolatito” Gonzalez.”

“On September 10th we have four undefeated world champions with a combined record of 151-0-1 with 122 knockouts, live on HBO, not PPV in the United States.”

“Golovkin vs. Brook will be telecast live on HBO from The O2 in London, which sold out with 18,000 tickets in one day, at 2:30 p.m. PT and will be shown on the Terrace at The Fabulous Forum before the doors open at 4:30 p.m. PT. The tailgate party at the venue will start at 2:00 p.m. PT and we encourage fight fans to come early and enjoy the festive atmosphere which our events have become known for at The Fabulous Forum.”

“The event at The Fabulous Forum features a sensational undercard including undefeated female prospect Seniesa Estrada. HBO will kick off their telecast at 7:00 p.m. PT with the rematch of Yoshihiro Kamegai vs Jesus Soto Karass from their first Fight of the Year candidate in April of this year in Los Angeles.”

“After the outstanding main event between “Chocolatito” and Cuadras, HBO will re-air the Golovkin vs. Brook fight. It’s really an outstanding tripleheader and the biggest day of international boxing this year.”

“Tickets starting at $25 for The Fabulous Forum event can be purchased through Ticketmaster.”