By James Stillerman – “Irish” Joe McCreedy (13-6-2, 6KOs) will leave it all on the line this Saturday night, in a do or die fight against Michael “Flash” Walchuk (9-8, 2OKs) in front of his hometown crowd at the Tsongas Center at UMass Lowell. This will be a eight round bout for the vacant U.S. Northeast Light Heavyweight belt, in a fight if he does not win, he might contemplate retirement.

“This is a significant fight for me because if I lose than I`m taking a major step back and I might retire,” said McCreedy. “Nevertheless, I want to prove everyone wrong with this fight by winning and getting back to bigger and better fights. The media thinks my career is over and that I`m washed up after my last performance, but I like being the underdog with my back against the wall. I`m going to prove everyone wrong and show that I`m a force at the light heavyweight division, starting this Saturday against Walchuk.”

In order for McCreedy`s career to continue in the right direction, he`s going to have to defeat the tough Canadian, Walchuk who is aggressive and has good power punching. Walchuk has been in with the likes of Vladine Boisse and undefeated fighters like Francy Ntetu, Eleider Alvarez and Adam Trupish, making his record deceiving. 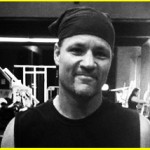 “Maybe there’s an outside chance this is just a ploy to draw interest, because I think Hopkins knows that if in a year from now, if he was ever to put it together and fight Andre Ward in the last hurrah, and if he was ever to win—you know there are some very smart people that might call this guy the best fighter in history.”—Iceman John Scully

Exclusive Interview by Geoffrey Ciani – Last night I was afforded the opportunity to speak with world class boxing trainer ‘Iceman’ John Scully about the current boxing landscape. Scully shared his views on Bernard Hopkins’ history making performance last weekend when he broke his own record to once again become the oldest boxer to win a major world title, this time at age 48, with his sensational victory against previously undefeated Tavoris Cloud. Iceman also provided unique insight into some highly anticipated upcoming prizefights, including Floyd Mayweather vs. Robert Guerrero (May 4), the rematch between Carl ‘The Cobra’ Froch and Mikkel Kessler (May 25), and the super bantamweight showdown between Nonito Donaire and Guillermo Rigondeaux (April 13). Additionally he imparted opinions pertaining to the careers of other boxing stars such as Wladimir Klitschko, Manny Pacquiao, Timothy Bradley, and more. Here is what Iceman had to say:

GEOFFREY CIANI: Iceman, this past weekend Bernard Hopkins at age 48 once again made boxing history breaking his own record in becoming the oldest fighter to win a major world title. What did you think of his performance? By Robert Jackson: With the news that Adrien Broner will be facing WBA 147lb Champion Paulie Malignaggi next, why this move and not Amir Khan, or Lamont Peterson both available 1 weight class up at 140lb? Furthermore after only 2 fights there, Broner hasn’t cleaned out the 135lb weight class he just moved into from the 130lb division. At 135lbs, Yuri Gamboa has been calling Broner out and this writer believes that would be a makeable, great fight. 135lb Champion Richard Abril also has Broner in his sights.

Promoted by Golden Boy Promotions both Malignaggi and Broner will be in a showcase fight, but I would expect Broner to win and maybe stop the Brooklyn native. It would probably resemble Mayweather/Gatti. This would be the best case scenario for Golden Boy, who as promoters of the heir apparent to Money Mayweather would have bragging rights and the next big star. Broner’s upward mobility, flashy style and good looks could even upstage Canelo Alvarez who’s also vying to be the next great fighter.

But don’t get it wrong, Golden Boy is moving Broner up to 147lbs for a reason and as every fight historian will tell you the torch is passed by the veteran fighter taking on the up-and-comer and LOSING to him. This happened in recent times when Kostya Tszyu fought Ricky Hatton and lost passing the 140lb torch to the Englishman. By Marc Livitz: in San Antonio, TX. Two undefeated boxing sensations visited the Alamo City this afternoon. In front of perhaps more than five hundred fans, unbeaten Mexican fight superstar and WBC super welterweight champion Saul “Canelo” Alvarez and undefeated WBA Super Welterweight champion Austin “No Doubt” Trout kicked off their 3-city Texas press tour this afternoon. The venue which will host the event on April 20, The Alamodome has been the site of a few memorable fights over the years, most notably the contest of which the highly questionable result still resonates to this day, the September 1993 matchup between Julio Cesar Chavez and Pernell Whitaker, which ended in a dubious draw.

San Antonio mayor Julian Castro was the first to the podium and expressed his sincere happiness of being the host of such a great event for the city. Castro commented, “San Antonio has a rich and proud boxing history. Who could forget in 1993 when (Julio Cesar) Chavez fought (Pernell) Whitaker and other great names such as (James) Leija and (Robert) Quiroga?”

Former boxing great and current CEO of Golden Boy Promotions Oscar de la Hoya was the second speaker and like Mr. Castro, he spoke of the great tradition of San Antonio and his overall feeling of delight of bringing the event to south Texas. By Gianluca (Rio) Di Caro – This coming Friday, March 15th, promoter Frank Maloney returns to the York Hall in Bethnal Green for his latest offering ‘Loaded and Dangerous In London’, which is headlined by Matt Skelton versus John McDermott for the vacant English Heavyweight title.

This event is a sort of homecoming for Peckham London born Frank, having not promoted at the Capital’s home of boxing since his huge show in June 2009, which was headlined by Jason Booth’s successful British Super Bantamweight title defense against Rocky Dean.

This classic Frank Maloney Promotions event featured the cream of his stable, including sadly missed former Beijing Olympic Bronze medalist Darren Sutherland, Akaash Bhatia, Ashley Sexton, Martin Power plus a host of local prospects and debutants. Of course being a FMP event it had to include a Heavyweight bout, in this case Tom Dallas versus Stas Bilokon.

Before I get carried away and start talking too much about that excellent event, I’ll change tack and move on to Frank’s greatest passion within the sport and of course his interview.

by Andrew Picken: In another display of defiance Hopkins now, (53-6-2, 32 KO wins) rolls back the years and defies the critics by comprehensively beating Tavoris Cloud, (won 24 (KO 19) + lost 1 (KO 0) + drawn 0), to claim the IBF Light Heavyweight title of the world on Saturday night. If there’s a nickname he could steal it would have to be Paulie Malignaggis “magic man” as B Hop is still able to talk the talk and walk the walk, magic indeed at 48 years old! By Marc Livitz: On Saturday, March 16th, at the Grand Oasis Resort in Cancun, Mexico, undefeated Featherweight prospect Julian Ramirez will meet a very recognizable name in the ring. However, the southern California fighter will give all he has to ensure that this particular Ruben Olivares does not shine in the same way as the legendary “El Puas” once did.

A Los Angeles area resident all his life, Ramirez (7-0, 5 KOs) has had an active career since turning pro in early 2012. Currently just a few weeks shy of his twentieth birthday, Julian always knew that the sweet science held the calling towards where he would ultimately head.