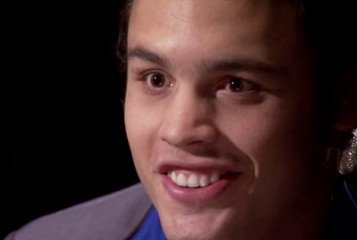 By Paul Strauss: Julio Cesar Chavez, Jr.’s fans are crying foul. They feel their hero is being unfairly singled out and picked on for doing something as simple as smoking a joint(s). What’s the big deal they say? It’s not like he is engaging in blood doping, or using some other performance enhancing drug. After all, marijuana just makes you mellow, right?

Apparently, the Nevada State Athletic Commission (NSAC) doesn’t feel that way. For one thing, this is JCC Jr’s second offense. You might recall, he was previously busted for testing positive for using a banned diuretic. Fighters use such substances to dehydrate and help make weight, but they also them to mask banned substances. Hence, the concern by commissions.

In this case, the NSAC suspended JCC Jr. for nine months and fined him $900,000, which reportedly is about 30% of his purse for the Sergio Martinez fight.

One of the first questions that comes to mind is why would a fighter use majiuana when he knows it’s a banned substance, and further knows it’s going to show up in his system when tested before and after the fight? It’s worse than the man or woman who risks having too many beers at the local pub. At least they have a chance of avoiding the authorities and making it home safely. JCC jr. must have known he had no such chance.

Another question many ask is, “Why is marijuana banned?” What’s the harm in smoking a joint?. How in the world is using marijuana going to enhance a fighter’s performance in the ring? In fact, wouldn’t the opposite be true? Most reports say smoking a joint makes you mellow and unusually relaxed, likely to say something like “Hey, que pasa” (forgive my ignorance if I mutilated that phrase).

The purpose here is certainly not to offer any kind of official explanation of why cannabis is a banned substance, but let’s take a stab at it from a common sense stand point. First of all, it is a mood altering drug. I don’t think anyone will argue with that. People use it to escape life’s pressures, and to release them from their usual inhibitions, and to make them feel good.

Well, maybe that’s the key. Everyone talks about the pressures of the big fight. When a fighter climbs the ladder and becomes newcomer to the “big show” or “big stage”, experts and fans always question whether he will be able to deal with the pressure, the anxiety and even fear associated with the event. Comments such as, “Sure, he’s a good fighter, but he’s never been faced with the kind of pressure associated with a fight at this level. He’s going to fold under the pressure.”

Consequently, it’s obvious any effort to artificially alter one’s mood so as to be better able to deal with those pressures might be deemed taking an unfair advantage. To paraphrase what Floyd Mayweather, Jr. has said about the need for random drug testing……All I want is a level playing field.

Obviously, there are many other factors that entered into the banning of cannabis. One obvious one would be, cannabis is on the list of banned substances, so using it and then crying foul is just plain stupid. Secondly, whether it enhances performance or not is a moot point, because it’s an illegal substance and against the law to use it in most areas. If you don’t like it, get the law changed or move to Colorado or Washington. Otherwise, quit acting surprised if you get busted. Secondly, commissions such as NSAC are required to protect the integrity or code of values involved with the sport and athletic competition in general. In JCC Jr’s case, the NSAC apparently felt he flaunted the rules and disregarded their importance. Since this is JCC Jr’s second time around, the NSAC has chosen to brush aside his lazy jab of an explanation and counter with it’s own potent right cross. Right is might, and in this case expensive!