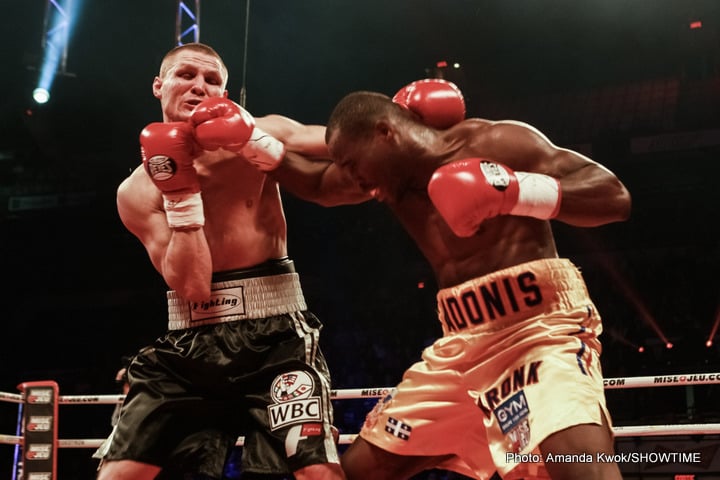 Known for his knockouts, the southpaw champion was patient early, not forcing the action against a defensive Sukhotskiy. When Sukhotskiy did decide to punch, Stevenson was extremely effective with his counter shots and floored the challenger with a straight left in the closing seconds of the second round.

Stevenson (25-1, 21 KOs) hit his stride in the fifth, knocking down Sukhotskiy with a straight left and then flooring him for a third time seconds after Sukhotskiy beat the count. The onslaught continued, with the Haitian-born Canadian going for the kill and attacking with a series of vicious lefts. The final shot landed flush oo the chin, knocking Sukhotskiy (22-3, 16 KOs) out at 2:42 of the round.

“I gave a beautiful knockout for SHOWTIME,” Stevenson said. “I just used my speed, my movement. I have the power and I know the knockouts are going to come. I’m not going to force it. I was just waiting for him and, bang, I caught him. I wanted to hit him with my left hand and it worked.

“I’m the big champion. He has to come to me,” said Stevenson of any challengers. “I’m the man in the light heavyweight division. They have to come to me. My job is to go in the ring and knock everybody out. I’m a ‘Superman.’” 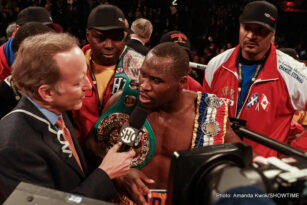 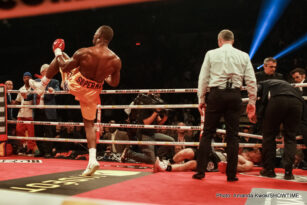 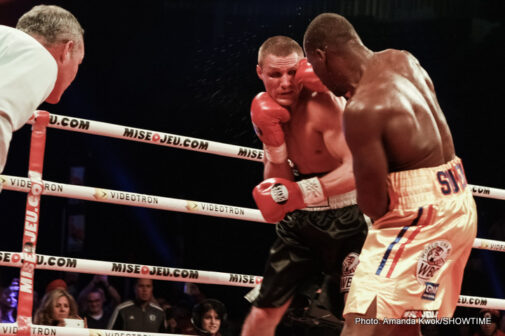 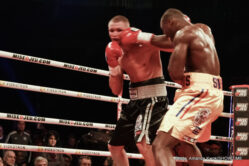 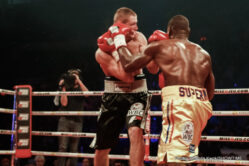 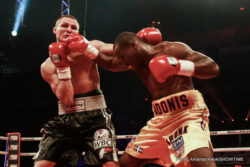 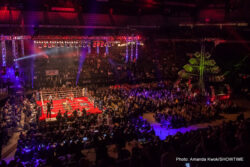 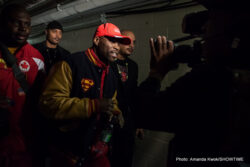 Stevenson vs. Sukhotskiy, a 12-round light heavyweight bout for Stevenson’s WBC Light Heavyweight World Championship, aired live on SHOWTIME in the main event SHOWTIME BOXING: SPECIAL EDITION from Pepsi Coliseum in Quebec City, Canada. In the co-feature, Jo Jo Dan faced Kevin Bizier in a 12-round IBF welterweight eliminator. Also on the card, Andre Dirrell faced Derek Edwards in a 12-round IBF super middleweight elimination bout and Artur Beterbiev took on Jeff Page Jr. in a 10-round light heavyweight scrap. The event was presented by Groupe Yvon Michel (GYM) in association with Mise-O-Jeu and Videotron.