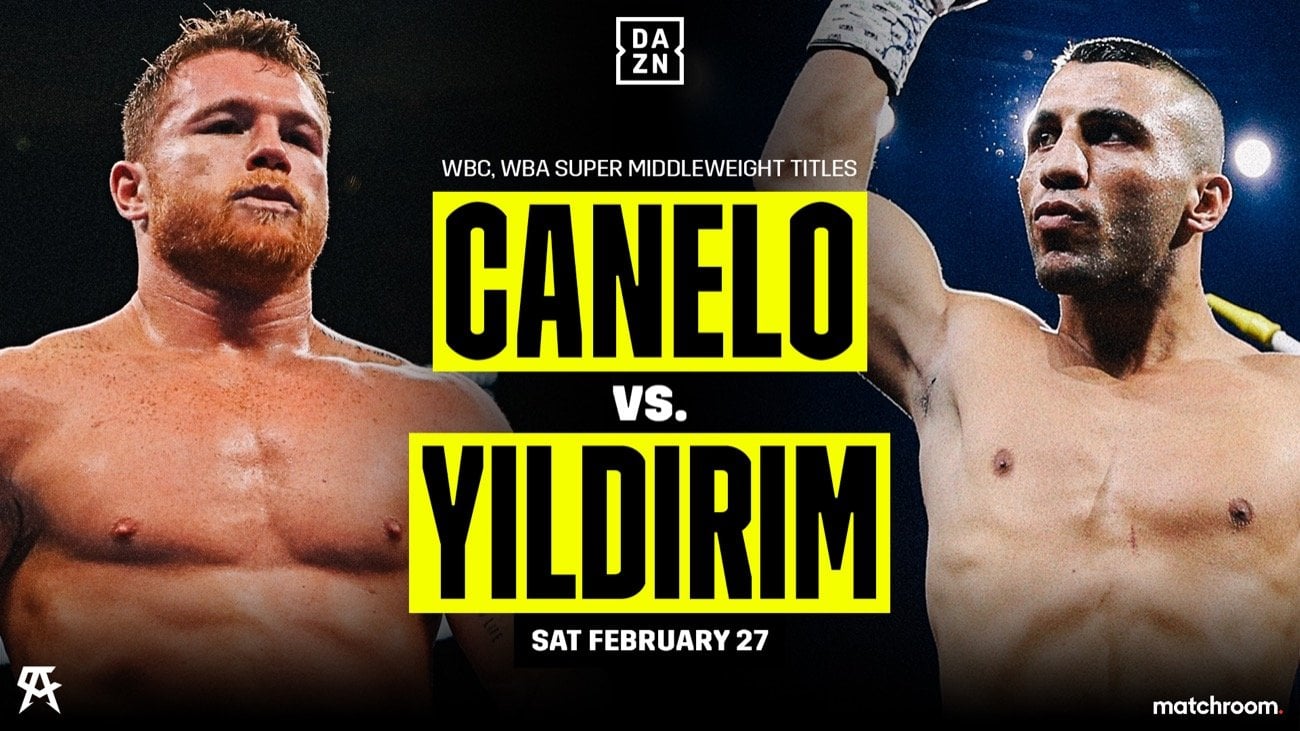 Though plenty of fans feel Canelo Alvarez, 54-1-2(36) will easily stop Avni Yildrim when he defends his two 168 pound titles against the WBC mandatory challenger on February 27 in Miami, Yildrim’s manager, Ahmet Oner, says his guy will try harder than Canelo’s last foe, Callum Smith. Speaking with Sky Sports, Oner said his fighter has a different style to Smith (against whom Canelo scored a wide 12 round UD back in December) – stating how the Turkish fighter is “more of a Golovkin-style fighter.” This is high praise indeed, comparing Yildrim to GGG.

Oner, who knows his boxing, may be guilty of bigging up the fight simply because his fighter has already been written off by plenty of fans (this one included). And you cannot blame him one little bit for that, I guess.

“The styles are different, Avni is more of a Golovkin-style fighter,” Oner said when asked to compare his fighter’s chances to those of the beaten Smith. “Avni also has an excellent jab and I believe he will try more. Callum Smith, in my opinion, did not try anything. He disappointed, even if he went the 12 rounds, but it was a one-sided fight. Nothing against Smith, maybe the pressure was too big, maybe it was short notice. I don’t know. Avni has [had] a two-year break but he is, in my opinion, fresher now. We are going to give a good performance and I trust Avni.”

Obviously, Oner knows his fighter far better than the critics who feel Canelo will win this one with consummate ease, and maybe Yildrim, 21-2(12) will actually surprise us all next month. A competitive fight would be a surprise on February 27, while a Yildrim win would be an upset of Buster Douglas-Mike Tyson proportions (the 29-year-old was, remember, stopped in three rounds by Chris Eubank Jr, this back in 2017).

Despite Oner’s passion and belief, this writer isn’t budging on his pre-fight prediction: Canelo by KO inside six rounds. What say you?