While it appeared that Saunders was quitting on his stool in reaction to his right eye being injured by Canelo Alvarez in round eight, Davison is saying that Saunders (30-1, 14 KOs) was saying ‘no,’ when he told him that he was planning on pulling him out of the fight.

Davison’s version of what happened in the corner seems to be a bit different from Saunder’s trainer Mark Tibbs’ explanation of why the fight was stopped. Tibbs says, “I didn’t get the response I wanted from him.”

Tibbs appears to be telling it like it is in explaining why the fight was halted, saying that he “didn’t get the response I wanted from him.” That could be construed as Saunders not being assertive when asked if he wanted to continue.

Davison and promoter Eddie Hearn both say that Saunders was pulled out of the fight, but many boxing fans already have made up their minds. They see Saunders as quitting.

It’s too late for damage control. The fans have already labeled Billy Joe as a ‘quitter,’ there’s probably not much that will change their minds.

Unfortunately for Davison, the fans are probably not going to go looking for information that counters the opinion they’ve already formed about Billy Joe.

That’s why you can argue that Hearn, Davison, or whoever, are fighting an uphill battle that can’t be won in trying to change the perception of Saunders as not being a quitter.

As the saying goes, ‘It is what it is.’ Saunders didn’t come out for the ninth round, and you can blame his trainers or whoever, but the result is that he’s being viewed as a quitter by many fans.

If Saunder’s career is now because of his injury or simply his reluctance to get in line with the rest of the contenders to try and scratch and claw his way to a world title shot.

I mean, going from making $8 million against Canelo to potentially getting less than a million is probably not Saunder’s cup of tea, particularly if it means having to beat someone like David Benavidez or Edgar Berlanga to get that title shot. Saunders’ chances of beating either of those guys are slim and none.

Davison’s version of what happened in Saunder’s corner:

“When Billy came back to the corner, there’s a misconstrued opinion about what happened in the corner,” said cornerman Ben Davison to iFL TV.

“Billy Joe came back to his corner, sat down, and I got up and whispered in his ear and said, ‘Look, you’ve shown that you belong at this level.

“You’ll get another shot’ because the fight was close. Billy Joe was growing into the fight but got caught with a shot, and I said, ‘We’re going to have to pull it.’

That’s why he shook his head to say, ‘No, I’m going back out.’ I think he even said, ‘I’m going to go orthodox’ or something along those lines. But he was shaking his head because I said, ‘Look, you’ve shown you belong to this level, you’ll get another shot because the fight was close.

“It’s an injury. It’s got to be pulled,’ and that’s why he shook his head. I’ve seen Billy Joe make tons of champions quit in the gym over and over. That is the truth.

“I’ve seen a lot of fighters. Good quality fighters quit before he’s quit. He’s made them quit in the gym. The only reason he shook his head was to say, ‘Don’t pull it,’ but we had to do what we had to do,” said Davison.

All that talking by Davison is a waste of breath because the fans think he’s doing his best at damage control for Saunders.

In hindsight, Saunders probably should have come out for the ninth round and gone out on his shield by being stopped in the traditional way for warriors. It doesn’t look good by quitting or being pulled out in the corner, and the fans don’t like it.

Read:  Gennady Golovkin Aiming For “Biggest Win In My Career” In Third Tango With Canelo

Tyson Fury, Saunder’s good friend, seemed to disappear after Saunders’ loss. He wasn’t seen at the hospital the next day for his surgery.

Fury posted a photo of himself and Adrien Broner having drinks in Miami.  That was interesting. Some boxing fans felt that Fury abandoned Saunders because he didn’t want to be around a quitter. 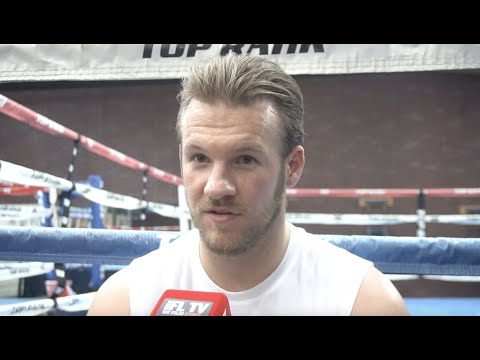