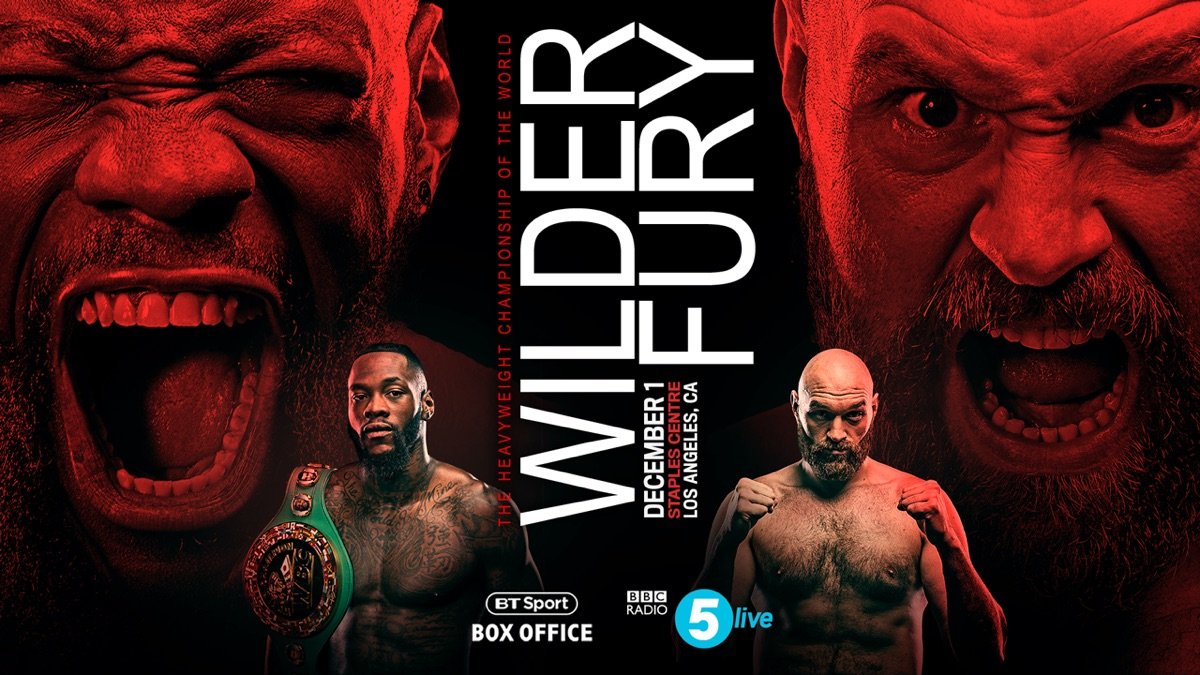 Frank Warren is delighted to announce that Tyson Fury’s challenge for the WBC world heavyweight title against Deontay Wilder will be broadcast on BBC Radio 5 Live on Saturday.

Deontay Wilder won the WBC belt when he defeated Bermane Stiverne widely on the judges’ scorecards back in January 2015. He has since gone on to successfully defend his title seven times. The big-hitter from Alabama is undefeated with 40 victories as a professional, a staggering 39 of those wins coming by knockout.

Tyson Fury shocked the boxing world when he defeated heavyweight king Wladimir Klitschko in Germany in November 2015 to become the unified world heavyweight champion. After two and a half years out of the ring, Fury has come back and won his last two contests.

“This is one of the biggest fights in heavyweight boxing and I am delighted BBC 5 Live will be joining us in LA this week to deliver fantastic coverage to boxing fans of all the fight week build up and the big fight itself on Saturday night.” said Hall of Fame boxing promoter Frank Warren.

Ben Gallop, Head of BBC Radio and Digital Sport, said: “This clash between Tyson Fury and Deontay Wilder promises to be one of the most exciting boxing moments of the year. We’re delighted we have added this bout to our multi-event deal with
Frank Warren and that we continue to bring our listeners the biggest fights. Our exclusive coverage on BBC Radio 5 Live and the BBC Sport website will ensure fans won’t miss a single blow.”

“These men and women risk their lives each and every day,” said Wilder. “When the duty calls, they’re at the top of their game. I really respect the hard work that they do and I’m blessed to be here and be amongst so many brave people.

“I just really appreciate everyone here and I’m looking forward to seeing them at the fight on Saturday night. This donation is for all of the things that they do on a daily basis, and everything they do that people don’t see. They are always ready when the time comes. I know that the city and the state appreciates everything you do.”

“We’re very proud to host the champ here at LAFD Station 3,” said Chief Terrazas. “We wish you well and we look forward to celebrating with you on Saturday night. It’s very special that Deontay wanted to come here and recognize all the hard work that these men and women do.”

“These firefighters are heroes who have been out there every day saving lives,” said Fury. “Since I’ve been here I’ve been following the situation and the fantastic job these men and women have been doing. I’m glad to be here to tell them how thankful I am for what they do and help give them a break Saturday night.

“Training in California has really opened my eyes to see so many different cultures and so many different things that are going on here. There’s a lot of homeless people on the streets and when I go home I’m going to build homes for the homeless and set up funds for those in need. Being here has given me that extra push to do more.”

“We’re very thankful for these tickets and for the support shown today for our firefighters,” said Chief Osby. “They put their lives on the line to protect our citizens and our community and we’re happy that their efforts are acknowledged.” 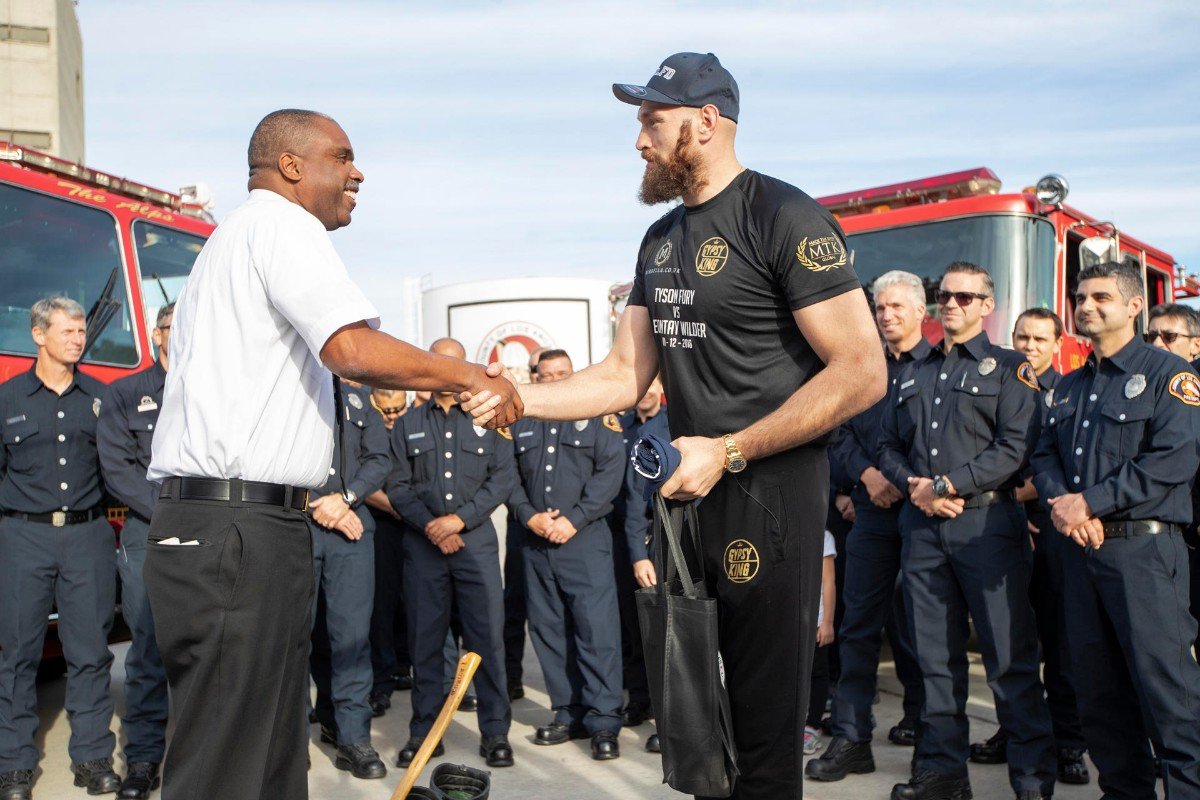