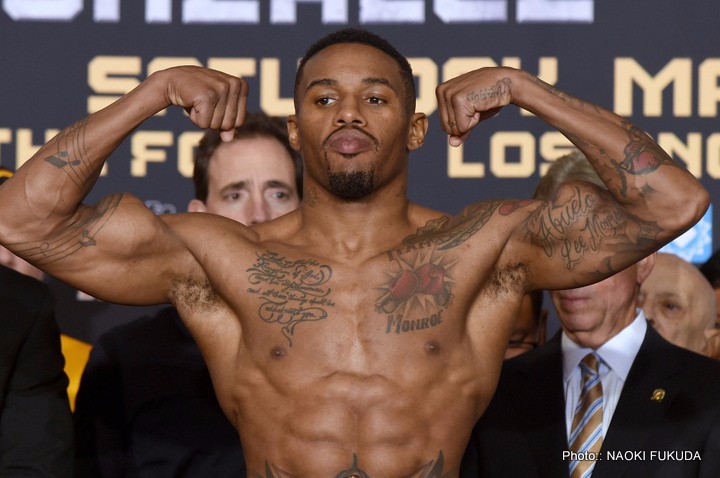 The boxing world is already looking forward to the next fight from the man they call triple G. Sadly, it’s not the fight scheduled for Saturday, May 16, 2015.

“Is it Mayweather, Cotto or Canelo,” is what the fans cry as they overlook the toughest fight of Golovkin’s career.

The tricky southpaw from upstate NY is as allusive as they come. His ability to fight inside and outside the action is second to none in the middleweight division. Unlike Daniel Geale, who has an easily timed, jerky movement, Willie Monroe Jr’s movement is smooth and unpredictable. Gennady Golovkin hasn’t faced a southpaw this good since the 2004 Athens Olympics where he faced Andre Dirrell; Dirrell stole the first round of the bout by coming out in the southpaw stance and controlling range with his long jab. Although he went on to lose the match, Dirrell established the blueprint to beat Golovkin years ago. Monroe will also have the reach advantage that gave Dirrell success early on.

This will be the first time Gennedy Golivkin will step in the ring with a guy who can give him multiple looks and get his shots off while stepping around him. Expect Monroe to set the pace of the action and change it as he sees fit. Monroe will eat tough leather, but ultimately fight his way ahead on the cards to a split decision victory.

Can someone say rematch?

How Shocked Would You Be If Fury Knocked Out Wilder?396 Total Shares