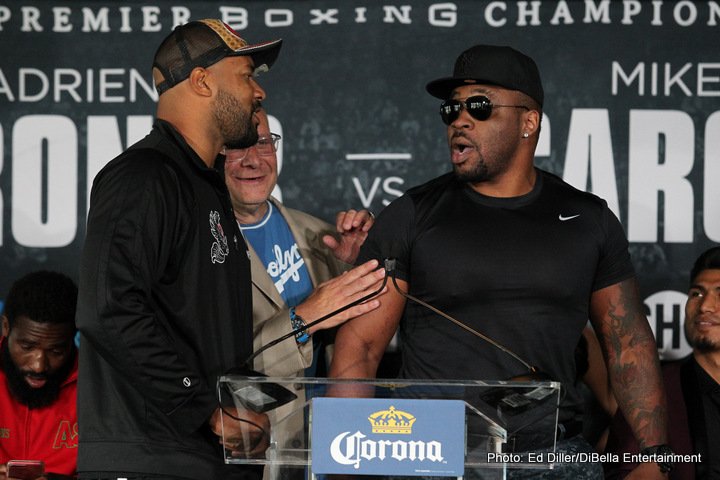 On Monday of this week WBC heavyweight king Deontay Wilder reassured us all that his next fight is coming: “Never fear ….the return is near,” he wrote. While the following day, the unbeaten power puncher tweeted: “Only a matter of time, the return is near, I’ll be back, wait for it.”

But who, when and where will Wilder fight next? Last seen overcoming the perhaps better than expected challenge of an unbeaten Gerald Washington back in February – this fight being Wilder’s first since he’d endured the longest layoff of his pro career; since his July 2016 win over Chris Arreola – Wilder has seen his name put alongside a couple of potential next foes.

Just these past few days we’ve read how a Wilder-Luis Ortiz fight match-up might be in the works for November. We briefly got excited, but the trail on the search of this fight has since gone cold. So just who might Wilder fight next; who might he have in mind for his next opponent?

One man who is making noise in this regard is unbeaten heavyweight contender Jarrell “Big Baby” Miller. The huge New Yorker (huge as in 280 pounds huge) faces Washington on tomorrow night’s big Mikey Garcia-Adrien Broner card, and the 29 year old has made it his aim to KO the former football player quicker, and more impressively than Wilder did (in the 5th round, this after appearing to be somewhat confused by Washington’s jab).

After he does so, Miller, 18-0-1(16) says he will be ready for a shot at Wilder. Hey, unless “The Bronze Bomber” has another, more appealing idea (that fight with Ortiz for example), then why not Miller next? Both men have punching power, both can talk, and talk and talk (imagine the pre-fight shenanigans!) and in no way could this match-up possibly result in a dull fight.

Miller is not yet the proven article, but critic say the exact same thing about Wilder who, amazingly, has retained his green belt five times already. Would a crushing, highlight reel KO win over 35 year old Washington, 18-1-1(12) earn Miller a shot at Wilder? Maybe, maybe not, but Wilder has faced less attractive opposition during his now two-and-a-half year reign.

But if “Big Baby” scores a crunching KO tomorrow, he heads towards the front of the line in terms of available and marketable challengers for Wilder. As Miller said himself, this fight is only a matter of time. Now he has to make it happen.