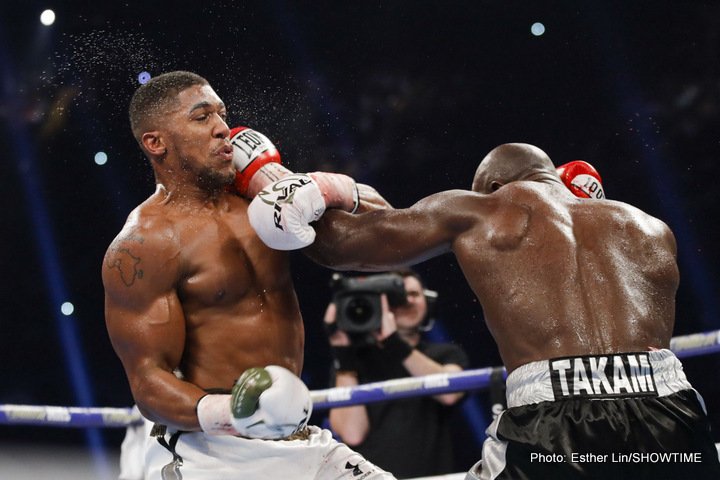 “I think he’s going to get a big, big shock when he gets hit on the chin by Anthony Joshua,” Eddie Hearn on Joseph Parker. As fans know, Joseph Parker and his team have made quite a big deal over Anthony Joshua’s “suspect” chin; with members of Team-Parker stating how the reigning WBO heavyweight champ will “smash” the chin of the WBA/IBF ruler when the two collide in Cardiff on March 31 (in the next big fight to be staged in the UK, for all those fans who are still getting over what went down in Manchester last night).

But AJ promoter Eddie Hearn, in speaking with Radio LIVE’S Sunday Sport, said it will be Parker’s chin that gets tested in the fight – and in a shocking manner.

“Joseph Parker’s never fought a puncher and he’s never boxed at the level of Anthony Joshua,” Hearn stated on the show. “We don’t know whether Joseph Parker has a good chin at the level he’s been boxing at. Anthony Joshua has one-punch KO power, he’s 20 wins, 20 KO’s. You don’t do that without immense power. He also puts his punches together, so when he has Parker stunned or hurt, there will be five, six, eight, 12 shots coming from him at electric speed. You can’t compare [Razvan] Cojanu, [Andy] Ruiz, [Carlos] Takam to Joshua’s power. So I think he’s going to get a big, big shock when he gets hit on the chin by Anthony Joshua.”

It must be agreed how Hearn, though understandably biased, makes some great points. We have Parker’s fans, and co-promoter Bob Arum, telling us the New Zealand warrior has a great chin, yet as Hearn points out, he has fought no recognised huge punchers. And as to Joshua’s “suspect” chin; yes, Joshua was felled by Wladimir Klitschko (and wobbled, briefly, by Dillian Whyte) but as Hearn again points out correctly, the shot that Klitschko put AJ down with was “a right hand that would have pole-axed virtually every heavyweight in the world,” and that Joshua passed the gut-check by getting back up “on steady legs.” 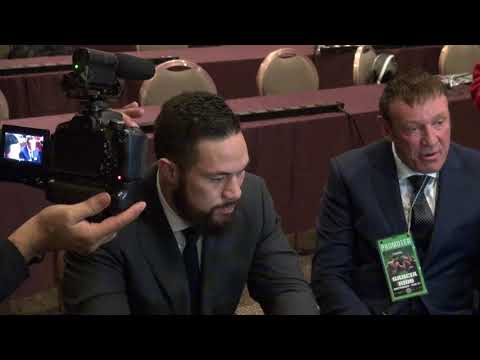 “When you go down and you’re on unsteady legs and your tank’s empty, and it’s hurting like mad, are you going to get up time and again?” Hearn asked. “We know Anthony will, because he’s done it, but will Joseph Parker?”

Fight fans who (pay to) watch this three-belt unification clash will almost certainly get an answer to this question, as well as answers to a good few others. If the fight’s as competitive as many people feel will be the case we should find out quite a bit more about both current heavyweight champions.