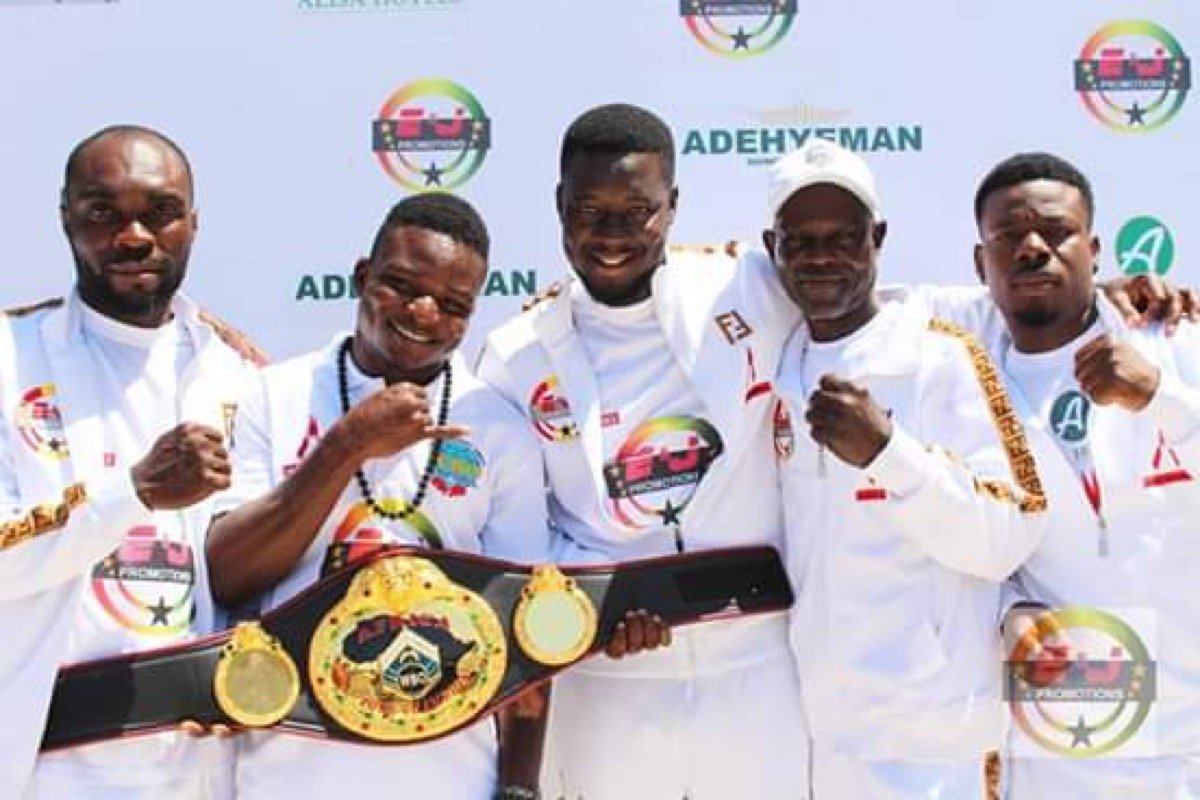 Wasiru ‘Gyata Bi’ Mohammed has been officially declared the new WBO Africa junior featherweight champion and presented with the title at a ceremony in Accra three weeks after his victory over hitherto titlist, Isaac ‘Golden Eagle’ Sackey ended in chaos following a round 3 stoppage of the regional title fight.

Wasiru who improves to 12-0, 10 KOs dominated the opening two rounds of their clash of the undefeated at the Bukom Boxing Arena in the Ghana capital on August 13 before his powerful right hand sent Sackey (falls to 22-1-1, 19 KOs) thundering to the canvas in the third round which was enough for Beninois referee, Adorn Bertin to stop the fight without even conducting the mandatory count to hand a first career defeat and forfeit of his title to Sackey whose corner and supporters were naturally incensed. They protested wildly, the aftermath which resulted in disorder and brought the night to an abrupt end without any formal declarations.

Over 21 days on however, the WBO have reviewed videos of the fight as well as related events and declared Mohammed the winner as pronounced by referee Bertin back on fight night, according to WBO Africa President, Samir Captan who explained only the referee had the discretion to stop a fight at whatever time and with whatever reasons he deemed fit.

“Sackey will be given the opportunity for a rematch if he is interested but let me also use this opportunity to congratulate Wasiru for the victory and also urge hjm to work hard on his flaws if he wants to be a world champion because it really takes a lot of hard work and discipline,” said Mr. Captan, also a former chairman of Ghana Boxing Authority.

It’s a rapid rise for young Wasiru Mohammed who turned professional only in April last year and is barely eight months into a managerial contract with E&J Promotions. Under their stewardship, Mohammed defeated Kamarudeen Boyefio via a round one KO to win his first title, the Ghana super featherweight belt in May, defended it with a devastating round 2 knockout of former WBA Pan Africa champ, Raymond Commey in July.

With the WBO Africa title now in the bag, Mohammed and his team are now setting sights on bigger targets beginning with ascension to the WBO world rankings to the title held by compatriot, Isaac ‘Royal Storm’ Dogboe.

“It’s a huge relief to finally lay my hands on this title, I am very happy but this is just the beginning so the celebrations ends now and the focus is on training hard. I thank my coach, my team, my managers and all my fans for their support. I promise to work harder until I win the world title,” Mohammed said.

Ellis Quashigah, co-manager of Wasiru Mohammed expressed their gratitude to WBO Africa for resolving the issue and handing the title to the deserved winner before assuring all that they will make Mohammed a world champion.

“Congratulations to the new champ, we promised you he was goingto win this title and he did it. Now all the champions should get ready because we are coming for their titles. We have full confidence in Gyata Bi winning a world title soon,” Mr. Quashigah pledged.