The victory keeps Vazquez Jr’s title hopes alive. Ranked #8 WBO, Vazquez Jr. suffered recent losses to Jorge Arce and Nonito Donaire. He did give Donaire a lot of problems in losing, but the loss still hurt none the less.

WBO minimumweight champion Moises Fuentes (16-1, 8 KO’s) was simply too much for former WBO minimumweight and WBO light flyweight champion Ivan Calderon (35-3-1, 6 KO’s), stopping him in the 5th round after knocking the 37-year-old Calderon to the canvas three times in the round. Fuentes took a page out of the playbook created by Giovani Segura in his wins over Calderon by trapping him against the ropes and punishing him with heavy power shots to knock him down repeatedly in the 5th. Calderon did fight well for the first three rounds, but it was clear even then that he couldn’t run forever and would eventually get taken out.

WBO Latino lightweight champion Jose A Gonzalez (21-0, 16 KO’s) showed impressive power in destroying a badly overmatched Oscar Cuero (15-8, 12 KO’s) by a 1st round stoppage. Gonzalez knocked Cuero down two times in the round with hard body shots to get the stoppage at 1:54 of the round.

Gonzalez is ranked #4 WBO and would be a great choice for WBO lightweight champion Ricky Burns’ next fight on December 15th. He’d likely give Burns a lot more problems than his last several opponents Kevin Mitchell, Paulus Moses and Michael Katsidis. 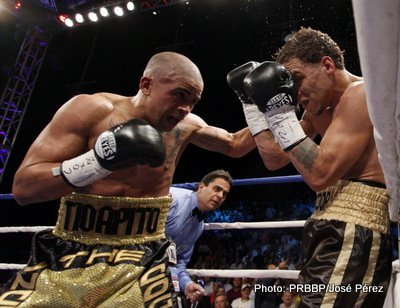 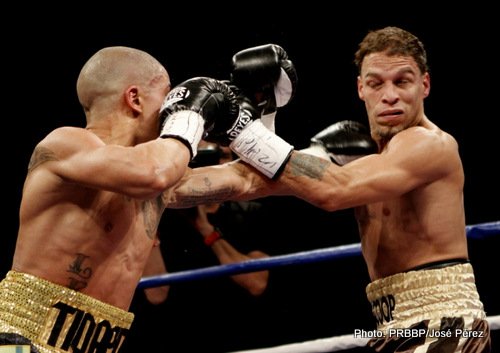 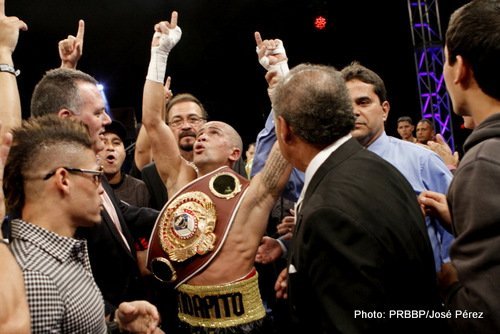 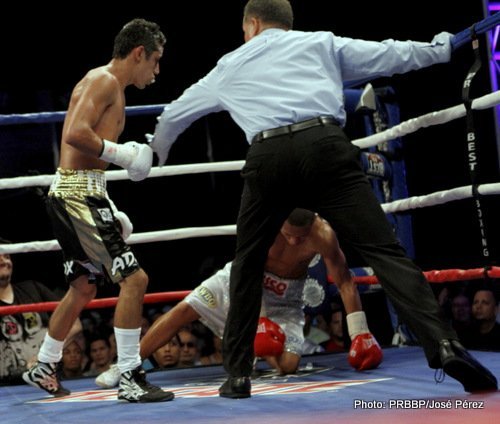 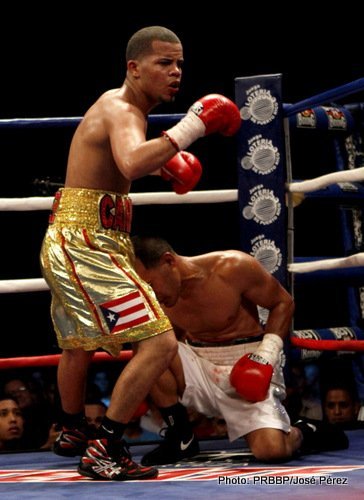 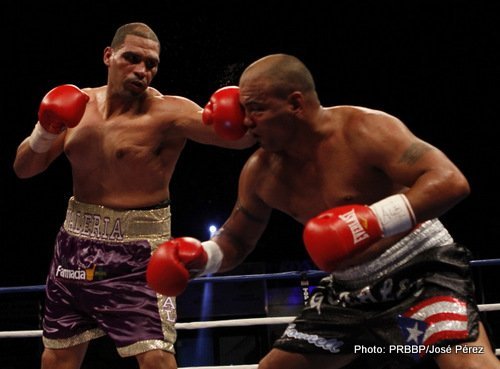 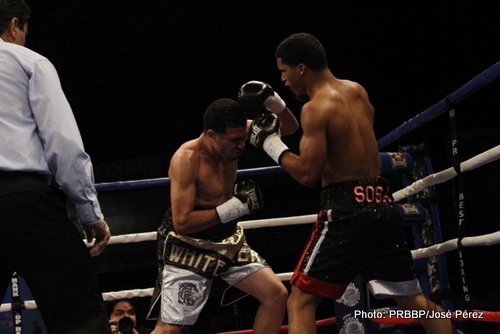