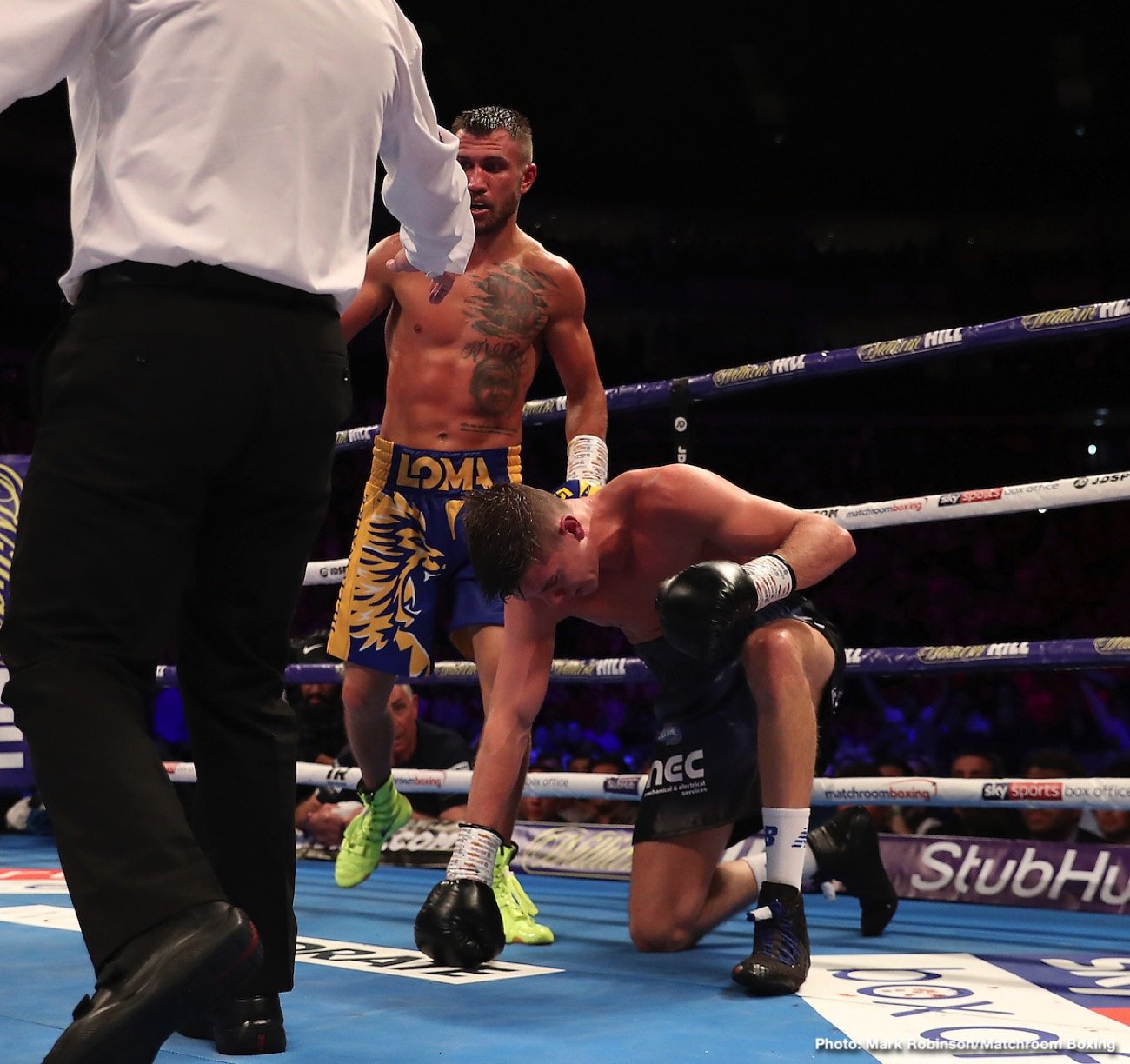 Vasiliy Lomachenko was presented with quite the test from British challenger Luke Campbell. But after 12 rounds, it was the Pound-for-Pound Picasso who prevailed, scoring a unanimous decision (119-108 2X and 118-109) over Campbell to retain his WBA/WBO lightweight titles and pick up the vacant WBC title in front of a sold-out crowd at the O2 Arena

Lomachenko is one belt shy of becoming the undisputed lightweight champion. Richard Commey is expected to defend his IBF strap against Teofimo Lopez, and Lomachenko wants the winner.

Campbell fought Lomachenko on even terms — or close to it — for the first four rounds. At the end of round five, Lomachenko nearly doubled Campbell over with a series of body shots, but Campbell survived the stanza.

In the seventh, Campbell stunned Lomachenko with a right hand, but Lomachenko responded to dominate the latter stages of the round.

Lomachenko finally broke through in the 11th, knocking down Campbell with body-head shot combination. Campbell made it to the final bell and marked up Lomachenko in the process, establishing himself as perhaps the world’s second-best lightweight.

After a hard-fought battle, this is what Lomachenko, Campbell and Top Rank chairman Bob Arum had to say.

“Of course I’m happy. I want to say thank you to {everyone} who came to support us. I want to thank everyone who organized this fight. And, of course, I’m happy. Next… {I want to fight for the} IBF {title}. That is my title.”

“In the UK, the fans are the best fans in the world. Thank you. I appreciate it.”

“Of course, I want to fight {for the IBF title}, but it depends on Bob Arum.”

“Obviously, we’re looking to win the fourth belt to unify the title. But Loma and {manager} Egis {Klimas} have told me they can’t wait to come back to the UK to fight here again.The English fight fans are the best fans in the world.”

“Listen, it doesn’t matter. He will fight anyone at featherweight, super featherweight or lightweight. Only the best. He’s a special, special fighter.”