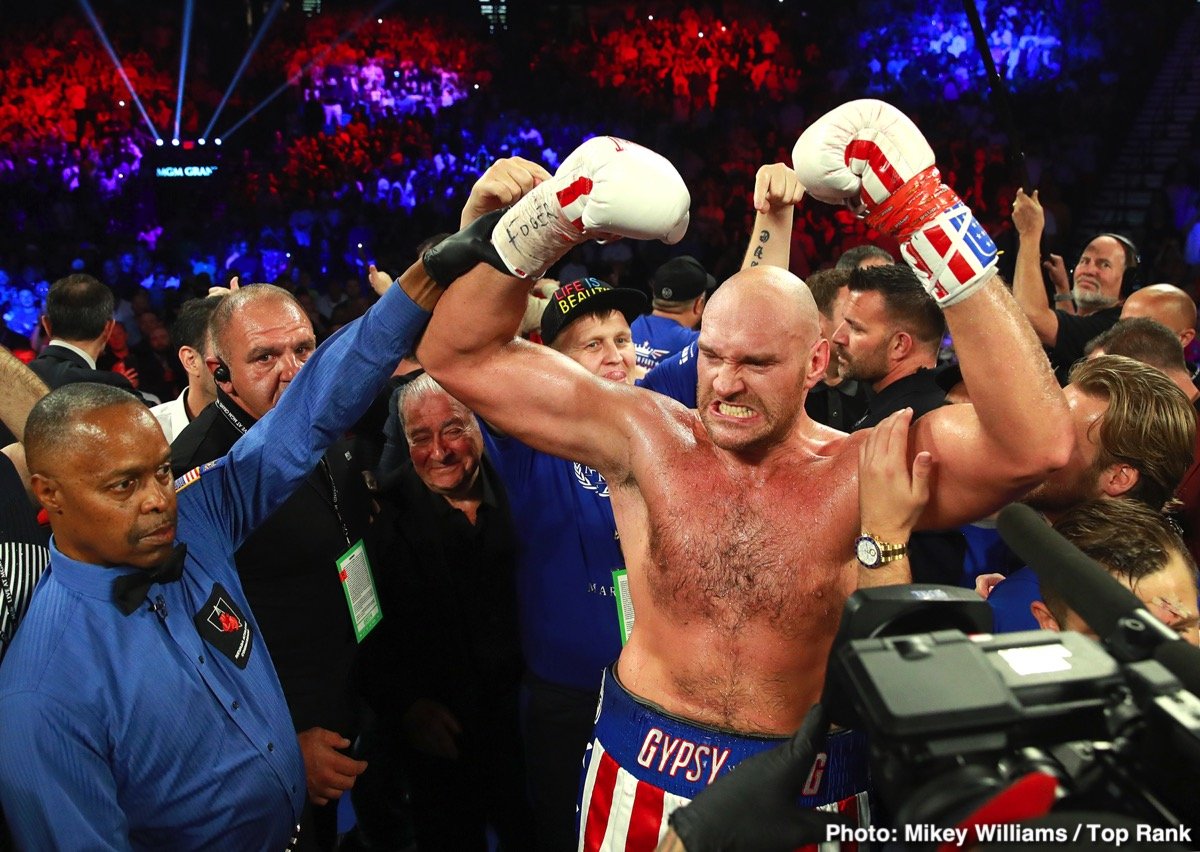 The Las Vegas Strip’s most electrifying act is returning for a repeat engagement. Less than three months since his second-round destruction of Tom Schwarz at the MGM Grand Garden Arena, Tyson Fury, a.k.a. “The Gypsy King,” will defend his lineal heavyweight championship versus the undefeated Otto Wallin Saturday, Sept. 14 at T-Mobile Arena in Las Vegas.

This will be the fifth defense of the lineal crown for Fury, who upset future Hall of Famer Wladimir Klitschko in November 2015 to claim heavyweight supremacy.

Fury-Wallin will stream live and exclusively in the United States on ESPN+, the leading multi-sport streaming service, with the main event to begin at 11:00 pm ET (undercards beginning at 7:30 pm ET). ESPN+ is available via the ESPN App on mobile and connected devices, on ESPN.com and ESPNplus.com. 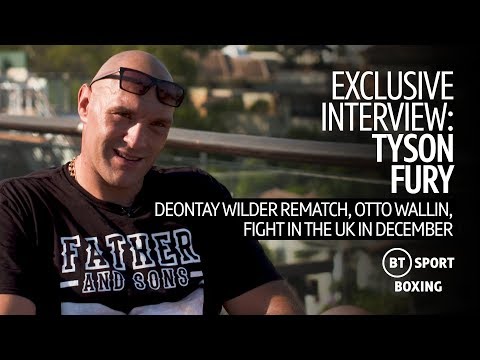 Promoted by Top Rank, in association with Frank Warren’s Queensberry Promotions and Salita Promotions, tickets for Fury vs. Wallin start at $105 and go on sale Friday, Aug. 16 at 10 a.m. PT. Tickets are also available for purchase online at www.axs.com or by phone at 888-929-7849.

“Tyson Fury electrified Las Vegas last time he fought, and he is set to do it again against a tough kid in Otto Wallin,” said Top Rank chairman Bob Arum. “Tyson knows what’s at stake, and I expect him to have another masterful performance. He is the best heavyweight in the world and is only beginning to show everyone what he’s capable of.”

“I am pleased to be back in Las Vegas. I loved my time there in my last fight and I am going to put on a show at the T-Mobile Arena,” Fury said. “Otto Wallin is a world-ranked fighter and is tall, something we want with the Deontay Wilder rematch around the corner. He is also a southpaw, which will bring its own obstacles, but I will be fully focused to get this job done because the rematch needs to happen.”

“I’m delighted that Tyson is boxing in Las Vegas again after his previous success,” Frank Warren said. “It is another undefeated boxer he is facing and a contest where a victory will set up the Deontay Wilder rematch. Otto Wallin knows this is his big chance, and Tyson will not be underestimating him.”

“This is the type of fight I’ve been waiting for since I was a kid and my father started showing me some boxing moves in our kitchen,” Wallin said. “I’ve made a lot of sacrifices to get to this point and I’m very happy it’s starting to pay off. I want to thank my team and my supporters for making this happen.

“I know I’m an underdog in this fight, but I’m ready for this opportunity and I’m going to grab it with both hands. Anybody can get beat and especially in the heavyweight division. I like the fact that I have everything to gain and Tyson has everything to lose.”

“Otto Wallin is an example of what happens when you combine dreams and hard work,” said Dmitriy Salita, Wallin’s promoter. “He grew up in a small town in Sweden, worked hard and dreamed big! He plans to follow in the footsteps of countryman Ingemar Johansson and score the big win against lineal world heavyweight champion, Tyson Fury. It will be an exciting fight from the opening bell, which I believe will end in a historic upset in Las Vegas.”

“Tyson Fury is arguably the top heavyweight and most entertaining fighter in the world,” said Russell Wolff, executive vice president and general manager, ESPN+. “He put on a show the last time he was on ESPN+ and we look forward to another with this fight. With 29 boxing world title fights in under 18 months, and several more on the horizon, ESPN+ is a home for fight fans and the top sports streaming platform in the US.”

Richard Sturm, President of Las Vegas Live Entertainment & Sports, said, “We look forward to hosting this international championship fight on September 14 at T-Mobile Arena with two of the sport’s top heavyweights. Additionally, it will be an exciting weekend for the entire city as Las Vegas hosts multiple events celebrating Mexican Independence Weekend.”

Fury (28-0-1 20 KOs) is in the midst of one of sport’s most remarkable comebacks, a Hollywood script turned reality that has seen him battle back from substance abuse and mental health issues to reclaim his spot atop the sport. After nearly three years out of the ring following the Klitschko triumph, Fury returned in June 2018 and won a pair of fights before his controversial draw versus WBC heavyweight champion Deontay Wilder. Six months after the Wilder fight, he made short work of Schwarz (24-0 at the time) and will once again fight an undefeated challenger.

Wallin (20-0, 1 NC, 13 KOs), from Sundsvall, Sweden, is looking to become the second Swedish heavyweight champion, as Ingemar Johansson held the crown from 1959-1960. Wallin, 28, made his United States debut in April 2019, a no-contest against Nick Kisner after Kisner suffered a cut due to an accidental headbutt in the opening round. A six-year pro, Wallin defeated Adrian Granat (15-1 at the time) by 12-round unanimous decision in 2018 to capture the European Union heavyweight crown.