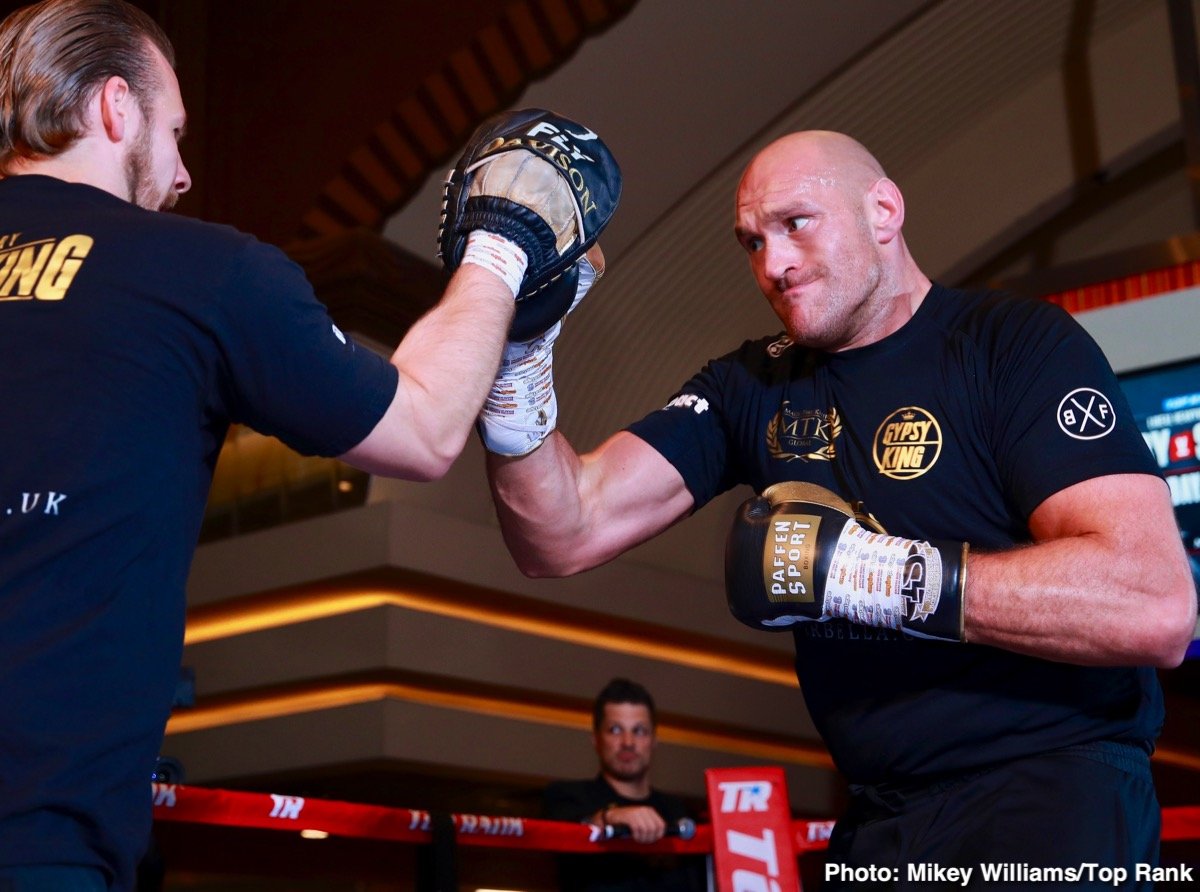 Boxing politics could be about to strike again. Lineal heavyweight champion Tyson Fury has spoken of the possibility of his fight on Saturday night with Tom Schwarz being for the vacant WBO belt. As fans know, Andy Ruiz ripped the WBO title, along with the WBA and IBF, from Anthony Joshua in his massive June 1 upset. But Fury seems to think the WBO may move to strip Ruiz of their title for facing AJ in a return fight and not fulfilling his mandatory requirements.

This would be an unfair move, not too unlike the move that saw Fury himself stripped of the IBF title he won from Wladimir Klitschko back in 2015; this happening to him just days after upsetting Klitschko. Ruiz has yet to official commit to a return fight with Joshua, although he is extremely likely to fight him again, what with the rematch clause that was in place in the first fight. In any case, Ruiz-Joshua II is the fight all fans want to see – WBO belt on the line or not.

Fury thinks his upcoming fight may well contest the soon to be vacant WBO strap:

“I’m hearing now that it could be on the line on Saturday night,” Fury told Associated Press when speaking about the WBO title. “That’s inside information so maybe I shouldn’t have said that, though I’ve said it no anyway, so maybe it’ll be on the line on Saturday night. There is a chance. It’s highly doable, so I’ve been told, so maybe it’ll be for the WBO championship as well [as the lineal title].”

We’ll have to wait and see if Fury is correct. It would, however, be a harsh move from the WBO if the organisation did strip Ruiz. But, hey, that’s boxing politics for you. Not too long after Ruiz beat Joshua, plenty of people spoke of the doubts they had that Ruiz would keep all three belts ahead of a projected rematch with Joshua. Heavyweight legend George Foreman, for one, spoke of how “in six months all those belts will be split again,” and that AJ should avoid a return with Ruiz.

No matter what happens, a Ruiz-Joshua return is still the biggest heavyweight fight out there right now, but it just might be that Joshua, even if he does manage to avenge his first pro defeat, will not regain all three of the belts he lost on June 1.