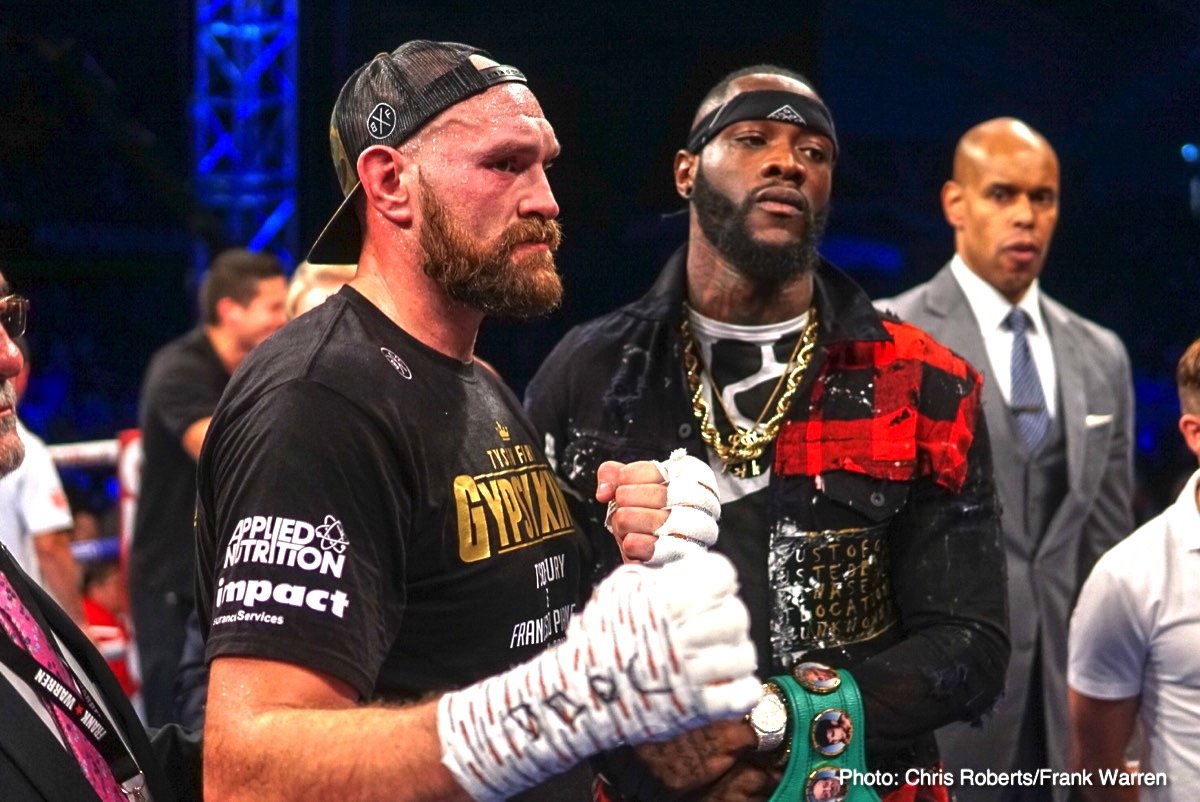 It looks for all the world as though Tyson Fury will clash with Deontay Wilder this year (although in boxing, nothing is a done deal until all the T’s and crossed and all the I’s are dotted) and Fury is sure he will win; “It is written in the stars. It is my destiny,” Fury said at the post-fight presser after last nights ten-round decision win over Francesco Pianeta.

But Fury – who has now boxed 14 rounds since returning not only from a near three-year layoff, but also from depression, from weighing around 27 stone and from drinking and taking drugs – also said that in “an ideal world I would get another ten or 12-round fight.” Does Fury NEED another fight before he puts his skills to the test against the wickedly powerful 40-0(39) WBC ruler?

Fury said at yesterday’s presser that the Wilder fight will be the hardest fight of his career, harder then, than the big win he scored over Wladimir Klitschko. Fury referred to Wilder’s immense power and his awkwardness. “But it’s okay having power, but if you can’t land it, you’ve lost,” Fury said. It seems to be that Fury will try and box to a similar game-plan against Wilder as the one he so successfully used against Klitschko.

Expect lots of feints, lots of movement, lots of head movement and lots of mind games from Fury and he tries to, as he put it, “solve the jigsaw puzzle.” But to do this, does Fury need to be sharper than he looked to be last night against the Italian southpaw? One more fight, against a man who is genuinely trying to win, genuinely trying to land big punches on Fury would sharpen him up further. But as Fury said himself, we do not live in an ideal world. It seems that Fury will have to make do with as much quality sparring as he can get as he readies himself over the three or four months he has before the fight with Wilder.

Fury said he will be bringing over plenty of quality sparring partners as he gets ready for the biggest (or second biggest) fight of his career. As Fury also pointed out, he had just two fights going into the Klitscho fight – Dereck Chisora at the end of 2014 and Christian Hammer in February of 2015 – yet still won in November of 2015 with no signs of any rust. Can he now enter the massive Wilder fight on the back of two tune-up bouts and win?

Plenty of fans the world over will be buying the fight to find out.