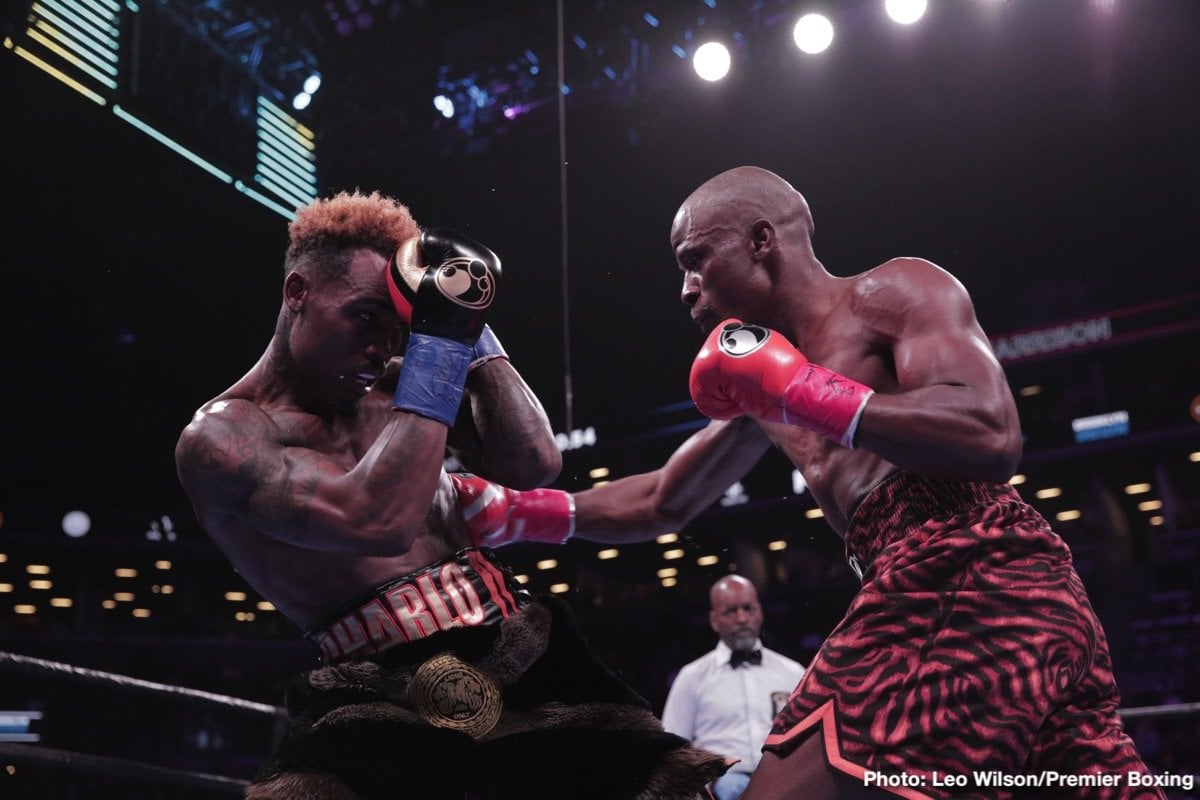 Harrison has an inner and outer ankle sprain with torn ligaments in his right ankle and he will be out for 10 weeks before he can resume training. Harrison and Charlo plan to have their rematch later this year.

Stepping in to replace Harrison for a 12-round fight is the always dangerous Jorge Cota (28-3, 25 KOs), who most recently lost a disputed split-decision in April on FS1 against Jeison Rosario. The 31-year old from Los Mochis, Sinaloa, Mexico had scored three straight knockout victories before the defeat in April.

“Watching my Mexican brother Andy Ruiz fight last weekend, I am very motivated,” said Cota. “I saw how he got an unexpected chance to become a champion and surprise the world. He has inspired me to win this fight in the same way. I will shock the world on June 23 just like Andy did on Saturday, for Mexico, the country that I love. This is the most important fight of my career.”

“As we have seen from Andy Ruiz’s incredible upset of Anthony Joshua in the heavyweight championship fight on Saturday night, replacement fighters are not to be taken as a joke,” said Tom Brown, President of TGB Promotions. “Jorge Cota is a dangerous fighter. He has heavy hands and he’s looking for an opportunity to make a statement. Jermell Charlo realizes just how serious this is and he wants to get his title back. I know he’s going to be prepared to make his own statement.”

The 29-year-old Charlo will now have to wait for his opportunity to avenge the only loss of his career and regain his title against Harrison. Fighting out of Houston, Texas, Charlo won the vacant WBC title with a devastating knockout victory over John Jackson in 2016. He made three successful defenses of the title with highlight-reel knockouts over Charles Hatley and Erickson Lubin, plus a majority decision win over former champion Austin Trout.

“It feels like a heartbreak,” said Charlo. “I was ready to destroy Tony Harrison and now I’m going to get in there and destroy Cota. I always pray for my opponent to have safe care and make it to the fight healthy. It’s unfortunate that Tony Harrison isn’t my next victim. I want the best Harrison so I want him healed up and ready to go, because that will only bring out the best in me.

“I feel my title was taken from me and being held hostage and I want it back. I will go through anything to get it back. The moment he’s cleared to fight I want the match and I will get my title back. I’m going in June 23 for a dominant victory with a ferocious attitude and a mindset to destroy, because I know I can’t leave it to the judges anymore.”

Harrison’s injury is the latest twist in the super welterweight division that started last December when Harrison and Charlo’s first encounter took place live on FOX. Harrison won the decision to upset Charlo and take away the title. The close nature of the bout helped warrant an immediate rematch that promises to be just as highly charged and dramatic. Julian “J-Rock” Williams scored a hard-fought unanimous decision over Jarrett Hurd as the IBF and WBA titles changed hands as well in May.

This setback for Harrison, who is from Detroit and was trained early in his career by the late Emanuel Steward, is another challenge for the 28-year-old champion. Harrison was on track for a title shot before suffering the first loss of his career in 2015 to Willie Nelson. After three-straight wins, he earned a shot at the vacant 154-pound title against Jarrett Hurd. Although Harrison had strong moments in the fight, he eventually lost to Hurd and was forced to again climb to the top. After another three victories, including a win over former champion Ishe Smith, Harrison took advantage of his second world title opportunity against Charlo.