Tony Bellew says Tyson Fury’s judgments and conduct right now are that of a “lunatic,” and he says there was no way that a mega-fight with Anthony Joshua could have happened on three weeks’ notice for December 3rd.

Bellew states that he predicted the Fury vs. Joshua fight wouldn’t happen when it was first revealed because there wasn’t enough time to negotiate it before December 3rd.

Fury (32-0-1, 23 KOs) compounded the problems by settling two deadlines and then offering to fight Manuel Charr and Derek Chisora.

Before all that started, Fury had said he was retired from the sport and wouldn’t come back unless he was offered five hundred million.

At this point, it’s difficult to project whether Fury and Joshua will fight in the future because the negotiations are likely to run into the same problems.

If Fury is just as impatient as he was this time, he’ll wreck the negotiations by setting deadlines again and trashing Joshua on social media to speed up the process. He’ll eventually anger Joshua & Eddie Hearn enough to where they’ll walk away.

“I know a mega-fight can’t be made on three-weeks notice,” said Tony Bellew to iFL TV about the Tyson Fury vs. Anthony Joshua fight. “When the fight was made, everyone phoned me, and you know what I said? ‘It’s not happening. Too much to get through.’

“His judgments and conduct are that of a lunatic right now. You do not make fights of that magnitude on that kind of notice. It’s never been done in the history of the sport. Never. It never will be done. Mega-fights will never be done on three weeks’ notice.

“Yes, it will because money determines that happens,” said Bellew when asked if we’ll ever see Fury vs. Joshua. “Eventually, it will.

“He [Fury] sends a signed contract back on Wednesday, and then they send another contract back on Friday. Okay, there’s another weekend gone because solicitors don’t work on weekends, even on big ones like this.

“It’s not happening. No, of course, it was never happening. Why are you announcing Manuel Charr fights? Why are you offering Derek Chisora money when the fights done? What’s going on? There’s three men signed to fight on one night.

“There are three men agreeing to fight on one night. What’s going on? It’s crazy, it’s madness, but it’s what I come to expect, not from Tyson Fury from certain other people.

“It’s what I’ve learned about the business. It’s what I know people are capable of. Tyson Fury is a brilliant fighter. I don’t detract from his achievements in any way, shape, or form. 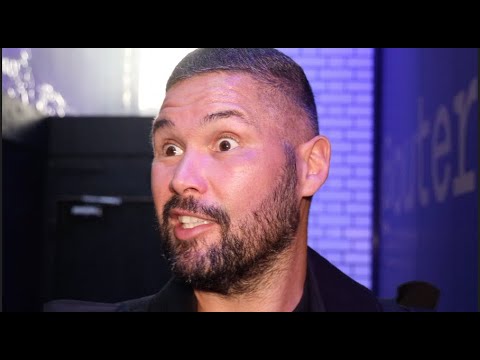