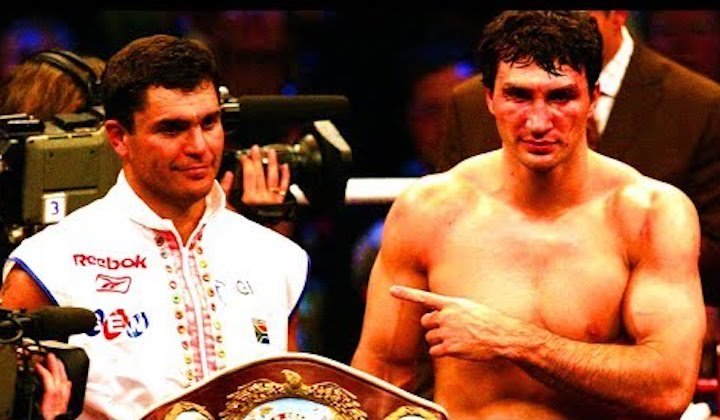 Many a fighter throughout boxing history has displayed moments of brilliance and excitement between the ropes—only to fall short of expectations/promise. Often, the issue lies between the ears: the fighter lacks the mental strength and intestinal fortitude to bear that unique crown and consequently fails to scale that mountain ever again. These boxers frequently succumb to the temptations of fame (wine, women, and song), poor management by the promotor or the boxer’s immediate circle of trainers and bad influence by friends or family, or some combination of the above.

Yet, these fighters still fascinate because they often overcame huge odds to achieve thrilling upsets and did so with remarkable technique. Even when they failed to deliver as the moment became too big.

Corrie “The Sniper” Sanders represents a prime example. Cornelius Johannes “Corrie” Sanders was a South African heavyweight who competed from 1989 to 2008. Sanders grew up in Brits, South Africa, and was of Afrikaner descent. Sanders’ athleticism was manifest from the day he learned to walk. As a schoolboy, he stood out as a gifted athlete, playing cricket and rugby at a level high enough to be recruited to national level competition. He was known for his speed as well—an outstanding youth sprinter who broke 11 seconds in the 100 meters in his teens. Later, he honed his golf game to near-professional standard, a scratch golfer who competed in pro-am tournaments.

Sanders went on to become a talented amateur and professional heavyweight fighter. Standing 6 feet 4 inches tall, with an imposing physique, strength, and uncanny natural athleticism, Sanders developed a menacing punching power from a left-handed stance that transformed him into one of the most frightening boxers of his era. Sanders won the South African heavyweight title in four consecutive years prior to moving to the professional arena where he finished with a record of 42-0-4 (31 KOs).

Sanders steadily rose through the ranks, losing only one bout before losing a thrilling contest against the future champion Hasim Rahman (who went on to stun Lennox Lewis to win the heavyweight crown until Lewis destroyed Rahman in the rematch). Sanders had dropped Rahman before being stopped himself in the seventh round. At 37, past his prime, he nevertheless landed a title shot fighting Wladimir (“Dr. Steelhammer”) Klitschko (64-5-0, 53 KOs) for the WBO title in Hamburg in 2003. 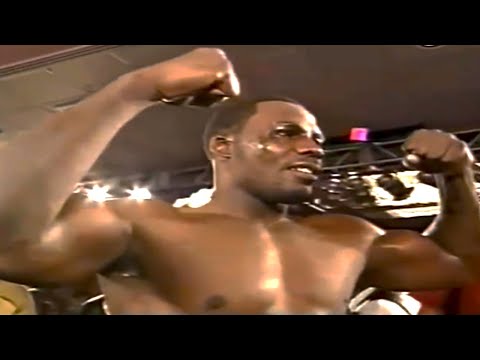 Klitschko, a future Hall of Famer boxer who dominated the heavyweight division for close to twenty years along with older brother Vitali (“Dr. Ironfist”) Klitschko, had only one loss in 41 fights and was heavily favored to dispatch of Sanders, a 40-1 underdog. But The Sniper had other plans. Sanders employed a devastating display of hand speed, legs, and lethal left missiles to layout champion Wladimir on the canvas twice in the opening round and twice more in the second when the fight was called. Ring Magazine hailed Sanders’s win as their “upset of the year.”

Wladimir Klitschko dubbed Sanders the hardest puncher he ever faced in a December 2014 interview with Ring Magazine. “I’ve been in boxing for 25 years, and I never fought anybody in this game that punched like Corrie Sanders.” Of Sanders, Hasim Rahman echoed Klitschko following their match, saying, “I’ve never been hit that hard in my life.” High praise from two heavyweights known to be some of the hardest-hitting heavyweights in their prime.

Unfortunately for Sanders and fans alike, this win was the apex of the gifted South African’s career. The following year, Sanders relinquished the then relatively lowly rated WBO belt to fight Wladimir’s older brother Vitali for the WBC title vacated by Lennox Lewis when he retired. Sanders showed up looking bloated and out of shape against Vitali; still, he fought valiantly. Sanders seemed to have a chance in the early rounds, rocking the titanium-whiskered Vitali with searing left hooks that momentarily stunned Klitschko. However, Vitali withstood the pressure and eventually prevailed by TKO in the eighth round. 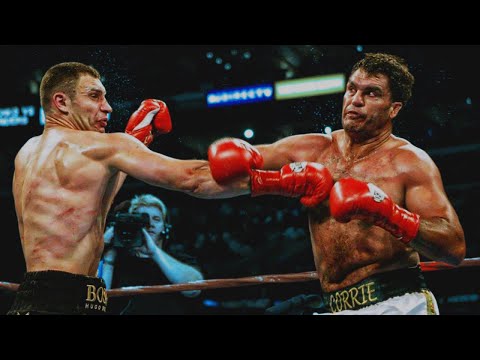 Sanders’ career effectively ended thereafter, with only a handful of fights against journeymen before retiring a few years later. So much promise, yet only flashes of greatness.

Sanders’ life ended tragically in 2012 when he was killed by gunshots in an armed robbery attempt at a restaurant near Pretoria where he was attending his nephew’s 21st birthday celebration. Sanders’ widow Suzette Sanders said he died a hero, using his body to protect his daughter from bullets. Ultimately, Corrie Sanders proved to be the bravest warrior in a most courageous and noble death.

The fact that Sanders was so athletically gifted he ran a world-class 100-meter time, was a scratch golfer AND held (albeit briefly) the heavyweight championship belt is a testament to the unlimited potential of man. Any one of these accomplishments deserves high praise; to achieve all three in a lifetime is astounding. If Sanders had dedicated himself more to his craft he could have achieved even more. Sadly, we will never know. 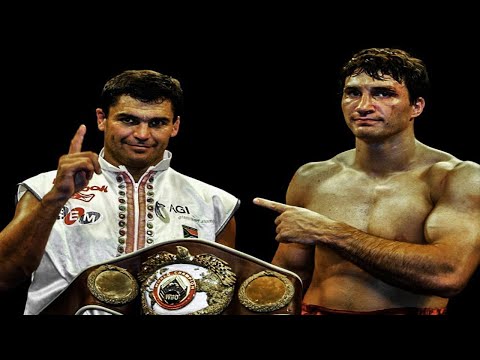