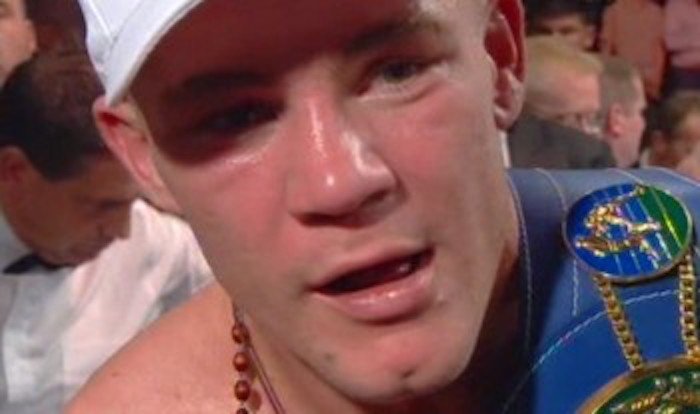 A fantastically determined fighter in his day, British warrior Jamie Moore is one of the best light-middleweights of recent years from these shores never to have challenged for a world title. Turning pro in October of 2009 when he stopped Clive Johnson inside two-rounds at Bowler’s Arena in Manchester, Moore would soon become a fan favourite.

Much has been written about the great nights “Mooresy” treated the fans to: his classic rubber-match with archrival Michael Jones, his astonishing war with friend Matthew Macklin, and his slugfest with another good mate in Ryan Rhodes.

Jamie had a tough road in reaching such important fights though.

Early setbacks came, first against Scott Dixon, and then, after capturing the Commonwealth and British titles with a points win over Jones (their first fight in the trilogy), against Ossie Duran. Then, in one of the lowest moments of his career, Moore was disqualified in the third round of his rematch with Jones. Losing his Commonwealth and British belts in consecutive fights was a tough blow, but Moore `came roaring back` to gain revenge over Jones and regain his British crown in epic style.

The two light-middleweights traded four knockdowns in the final fight of their series, with Moore coming out on top via stoppage in the sixth round of a barnburner. Moore later said the sheer relief he felt at the time of his victory was incredible. Now looking for big and well deserved paydays, Moore would also take aim at European and world honours.

Just over a year after his second win over Jones, Moore would engage in yet another thriller; this one arguably the finest of his career. Jamie met Macklin in September of 2006 and the two warriors gave everything they had in a fight that is often mentioned today whenever pundits speak about great British fights.

Back and forth went the action, until a badly tiring Macklin was sent crashing with a two-punch combination to the head in the tenth-round. It may be a number of years before we see a better domestic showdown.

Moore was by this stage of his career hungry for the ultimate: a shot at a world title. Sadly for the now 24-3 contender, the title shot would never come. Good wins over the likes of Sebastian Andres Lujan and, in a rematch of an earlier win, Andre Facey came, but still there was no world title shot on the horizon. However, in March of 2009, Moore grabbed the vacant European title with both hands. Stopping experienced former IBF welterweight champ Michele Piccirillo inside just three rounds Moore, again displaying his savage body work, looked to be at his absolute peak.

Instead, and quite surprisingly, Jamie would win just one more bout.

A retention of the European title came in the form of a quick stoppage of Roman Dzhuman, before Moore would lose to Rhodes in yet another give and take battle. Frustratingly for Jamie, this fight, a WBC light-middleweight title eliminator, would be the closest he ever came to challenging for a world title. He and Rhodes put it all on the line and the action, as we had by this stage come to expect from a Moore fight, was mesmerizing.

One more fight followed the seven-round TKO defeat, a loss to Sergey Khomitsky in April of 2010. But in that that sixth-round corner retirement of a performance, fans saw Jamie Moore in name only; his hard fights and the rigours of making weight having robbed him of his steely determination and sheer guts.

Retiring with a fine 32-5(23) record, and being able to resist the temptation to make a comeback, Jamie is now a respected trainer.