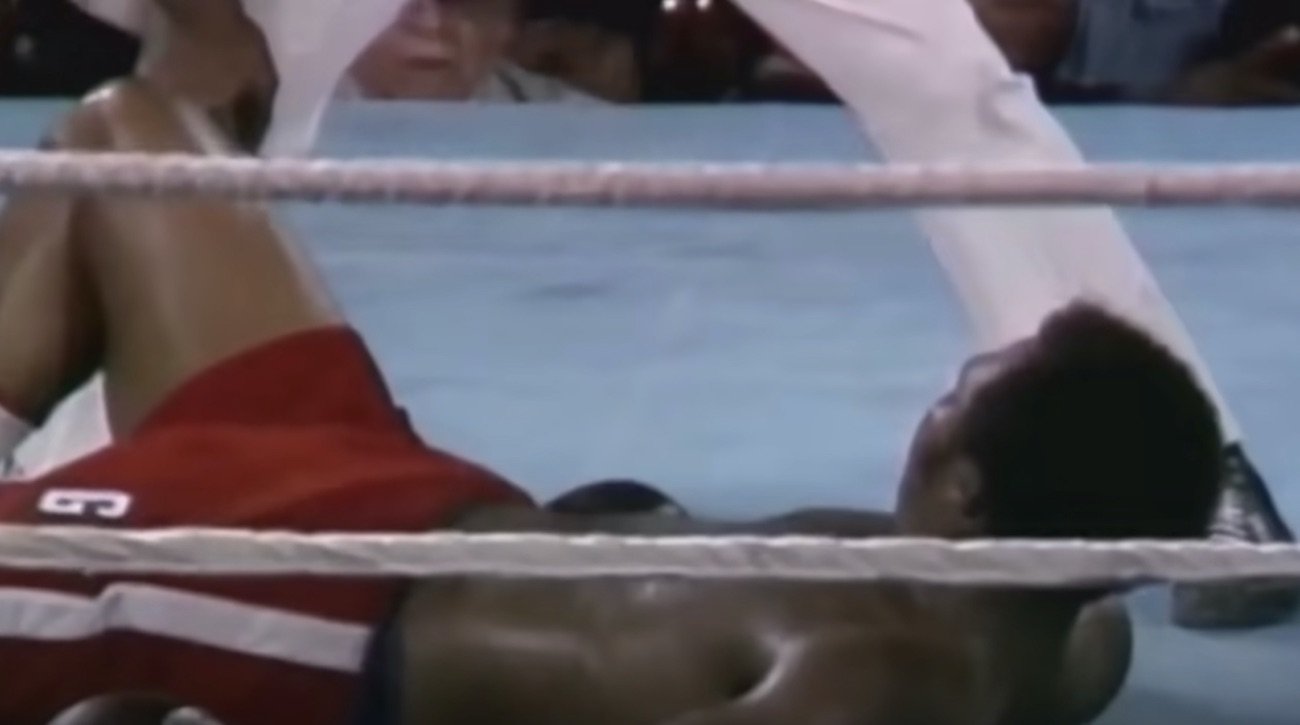 48 long years ago it took place, this at around 4A.M local time (10 PM New York time). It was of course the epic, never to be forgotten “Rumble in the Jungle” between heavyweight superstars Muhammad Ali and George Foreman. The fight, staged in the unlikeliest of settings, this deep in the heart of Africa, in Zaire, was watched by a TV audience of 1 billion people, this a quarter of the planet’s population.

Never has there been a bigger fight. A better fight, that’s a different story. The Ali-Foreman super fight of course took place during a golden era; the 1970s being a truly special time for the sport of boxing, this at any weight. But the heavyweights really ruled the world back then. This was a time when the heavyweight championship of the world – THE heavyweight championship of the world; as there were no multiple belts clogging up the system the way there is today – was the biggest title in the sporting world. 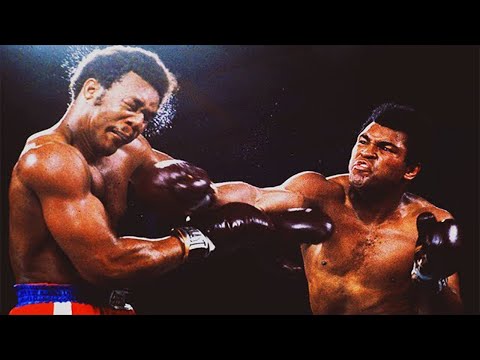 And how hard both Ali and Foreman fought to either win it back (in Ali’s case) or to keep hold of it (in the case of Big George). The action was thrilling, yet it is due to the stunning tactics employed by Ali along with the shocking result that this fight has remained in the public mind for so long. It never gets old, watching boxing master/genius/professor Ali bemuse and frustrate Foreman with his rope-a-dope, the way he fires his own deadly accurate shots from the ropes, how Ali places Foreman in jeopardy by outmanoeuvring him, setting traps for the “invincible” punching machine that is masquerading as a boxing champion.

Foreman back then was no boxer; he was a brutal puncher, nothing more nothing less. And when Ali took that withering power away from Foreman, this by taking what punches he had to take whilst firing back with crisp shots to the head, jaw and face, Foreman had nothing. Out of gas (“what you all call petrol,” Ali told a British audience during the filming of the fantastic “An Audience With Muhammad Ali” from late 1974) by the 8th round, Foreman, hit with Ali’s beautiful combination, first spun, then fell to the mat.

Ali had done it and the fans never really stopped celebrating. Yes, fights like Ali-Frazier III, Larry Holmes-Ken Norton, and one or two others were more action-packed, but none can bask in the eternal glory “The Rumble” enjoys.

There was pure magic going on in the ring that night, that early morning, and Ali was a true wizard (this yet another unofficial nickname The Greatest was bestowed with). After the fight, Ali was to be found staring out at The Congo River, not saying a word, not moving a muscle, just thinking, spiritualising. “You will never know what this means to me,” Ali told the observing media when he did finally emerge from his deep thoughts.

Maybe Ali never knew how much the fight and its result meant to the entire world. How much it would continue to mean for decades, maybe even centuries to come.

Some facts about the fight:

Nobody knew that Ali would employ his rope-a-dope tactics, with Bundini Brown merely stating how Ali “would find a way to win.”

Before the fight, football legend Jim Brown is supposed to have said that “If Ali wins, it’s a fixed fight.”

Noted writer George Plimpton, sat at ringside, said to fellow literary giant Norman Mailer that “the fix is in,” as Ali voluntarily went to the ropes in the second round.

Foreman was installed as a 3/1 favourite on fight night. Plenty of experts felt Ali was a much bigger underdog.

On the under card, light-heavyweight Bobby Stewart won a six round decision. Stewart would, years later, “discover” Mike Tyson.

For the remainder of his life, Ali said the Foreman fight and his victory meant the most to him of all his 61 pro fights.