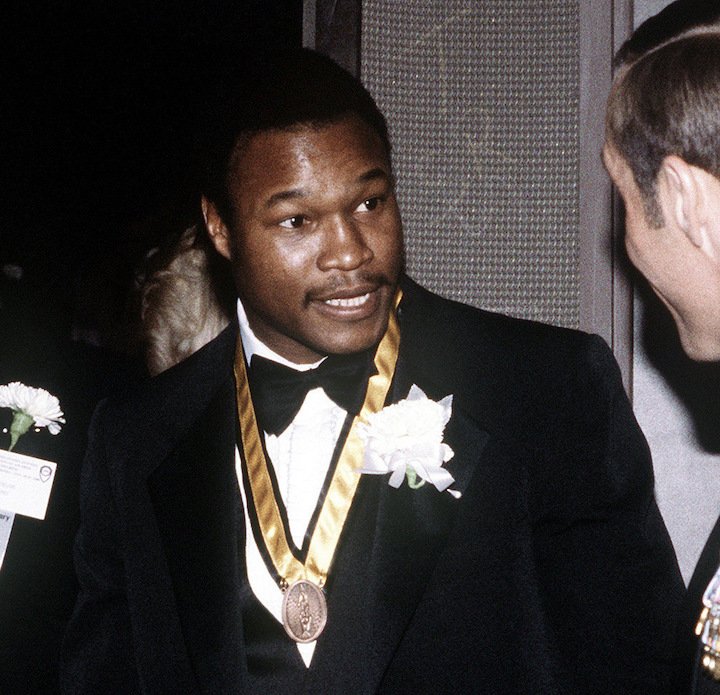 A big fight that attracted millions almost began before the first bell. Rewind to the early 1980s if you will:

There was a time when Howard Cosell was very much the voice of boxing; the man on the microphone whenever the big, big fights took place. Cosell, though, was far from the most popular sports commentator in the world, with some people, be it fans or active fighters, feeling the ABC man was just a little bit too big-headed and pompous for his own good.

This is not to say people had no respect for Cosell, but he sure had his critics (read the late Mark Kram’s quite superb book, “Ghosts of Manila” and find out a bit more about the feelings a number of people involved in boxing had towards Cosell). One night in 1981, Larry Holmes, a fighter who was himself at times critical of Cosell, actually gave the toupee-wearing commentator a bloody lip – albeit by total accident on his own part. In fact it might have been Cosell’s own fault.

Holmes, in June of ’81 the undefeated world heavyweight king, had just dispatched a game but woefully over-matched and outgunned Leon Spinks, and despite his telling Cosell not to do it, Cosell brought over Holmes’ mooted next foe, the hugely popular and heavily hyped Gerry Cooney, during the post-fight interviews.

“Howard, I’m going to slap his face if you bring him over here,” Holmes stated just after giving his post-fight interview on the relatively easy Spinks win.

Cosell should have listened, but he didn’t, and Cooney duly strolled over to where Holmes was sitting alongside his wife and Cosell. Jumping up and attempting to make good on his threat, Holmes swung at Cooney, but he missed, a brief scuffle broke out and a Holmes elbow socked Cosell, bloodying his lower lip. Cosell put it down as “all in a day’s work,” and he wiped his damaged lip on a white towel as Cooney sat alongside him (Gerry using the same towel to mop his brow).

“It jut goes to show what I’ve been saying about him,” Cooney said of Holmes when asked by Cosell what he thought of the champ’s actions. “How can the world heavyweight champion conduct himself in such a manner?”

We all know how Holmes and Cooney finally met in June of 1982 (Cooney was to have fought WBA champ Mike Weaver later in 1981, as he told Cosell, but the fight failed to come off) and how Homes showed every bit how he was in fact a classy world champion. The two men who were unwittingly matched together in a racially dubbed encounter are now good friends – something they were anything but on the evening of June 12, 1981.

Howard Cosell should have listened to Larry Holmes when he warned him not to let Gerry Cooney anywhere near him that evening. But then, where would the fun have been in that?!