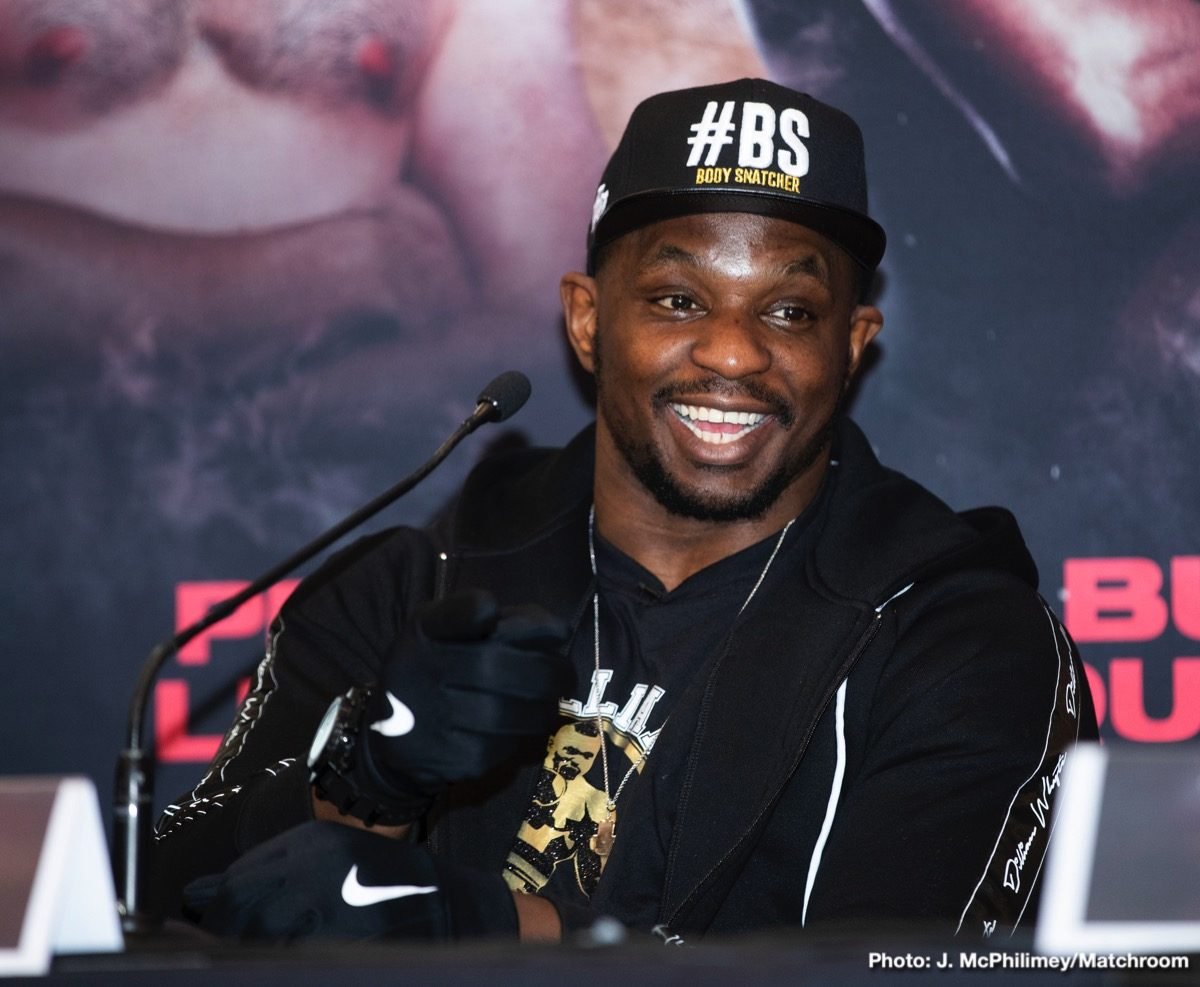 Few fight fans would argue with the thought that Dillian Whyte is the single most deserving heavyweight in the world today when it comes to getting a world title shot. Over the last 15 months, Whyte has boxed and won eliminators with Lucas Browne and Joseph Parker and he has kept himself busy with an exciting win over Dereck Chisora in a rematch of yet another thriller.

And next up, on July 20, Whyte will fight another final eliminator, with unbeaten contender Oscar Rivas; a fight that may contest the interim WBC belt. Yet as hard working as Whyte, 25-1(18) is, the Londoner stops short of ranking himself as the best heavyweight in the world today. Whyte knows he must become champion, a champion, before he can do that.

But Whyte has listed his picks for today’s ten best big men, doing so for talkSPORT:

An interesting top-10 to be sure and, like any list of this kind, it comes down to individual opinion and nothing more. Still, fans may feel Fury is placed way too low by Whyte, and has Rivas really done anything yet to be worthy of being ranked at number-8? While some fans may feel that, as impressive as Ruiz’ upset win over Joshua was, the Mexican/American who holds the WBA/IBF/WBO belts needs to do more to be looked at as the absolute best in the division.

Again, it’s all subjective. However, what we can all agree on is this: Whyte MUST be rewarded with a world title shot if he comes through against Rivas in just over two weeks time. Whyte has been aching to get a shot at Wilder for quite some time now and as much as we want to see Wilder and Fury rumble again (maybe even three times in all), a Wilder-Whyte fight would have the makings of one epic shoot-out.