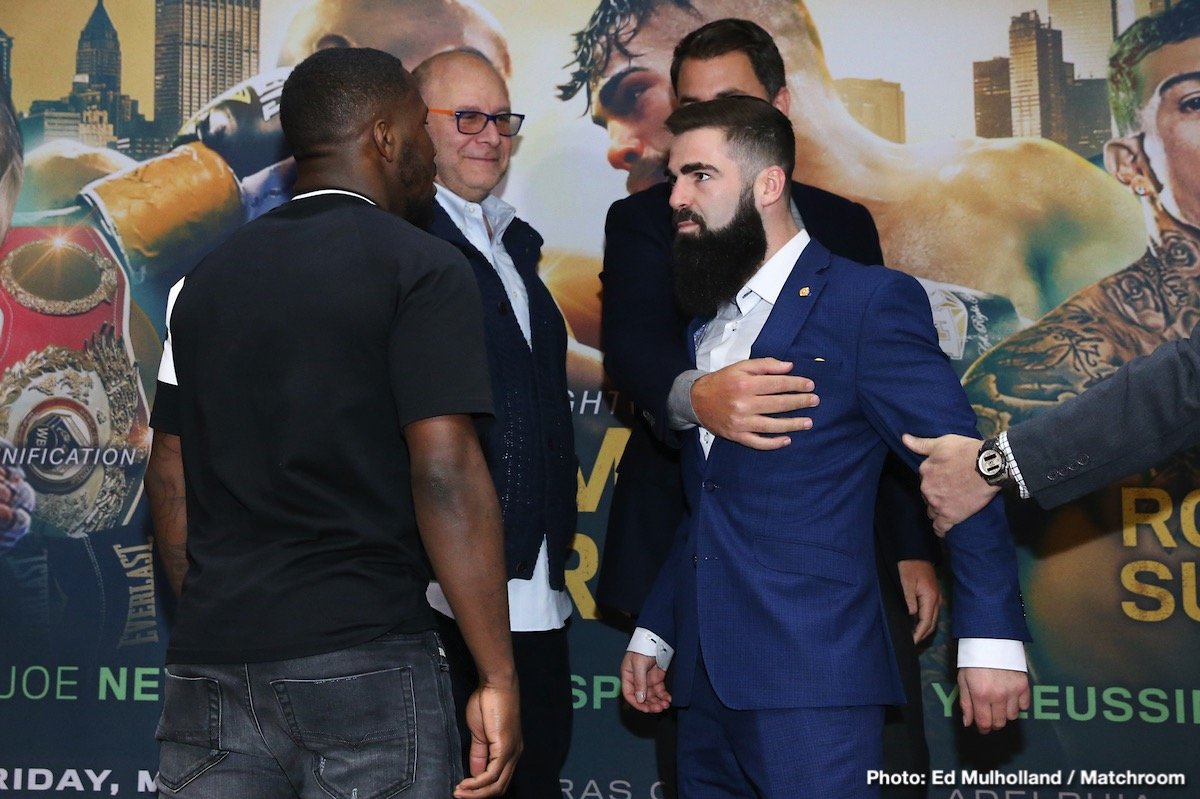 Tevin Farmer believes his remarkable story is only going to get better as he prepares to defend his IBF World Jr. Lightweight title against Jono Carroll at the Liacouras Center, Philadelphia on Friday March 15, live on DAZN in the US and on Sky Sports in the UK.

Farmer defends his title for the third time against the Irishman, a first World title fight for the ‘American Idol’ on his Philly home patch – something that the 28 year old could not see coming in the summer of 2017 when his career was threatened after he was shot in the hand.

When Farmer did return to action, it was in his first World title clash in Las Vegas in December 2017, and was on the receiving end of a controversial defeat to Kenichi Ogawa, who later failed a drugs test.

The Philly ace would not be deterred though, and landed the IBF strap in Australia in August against Billy Dib and after joining forces with Matchroom Boxing USA and DAZN along with his long time promoter Lou DiBella and DiBella Entertainment, Farmer is reveling in his status as one of the most active champions and promises to put his brash Irish opponent to the sword on St Patrick’s weekend.

“I’ve improved mentally and physically over recent years, my story has been crazy and it’s only getting better,” said Farmer. “I’m defending my title every couple of months, I don’t know another champion out there that is as active as me – four World title fights in seven months, it’s incredible.

“He’s been talking crazy so I picked him, because I want to see what he’s really working with – let’s give him the opportunity to become champion of the World, let’s see if he can back it up, because you know that I am going to bring it in Philly.

“He got this fight because I chose him. Nothing else. Listen, all that sad story about what he’s done, he’s not going to convince Philly. They are with me. I am going to beat him up real bad, right in front of all of Philadelphia.

“He got on Twitter and called me cocky. I’m not. Philly, I am going to beat his ass anyway. After I beat him, I’ll take him for cheesesteaks. Not Pat’s, Geno’s and all that either. I’m going to take him to the Papi spot. That’s the best spot.

“If you don’t know me, I am Tevin Farmer. I am a real Philly fighter. I came from nothing and I owe it all to my team. This year I am looking to fight four or five times, maybe six if I can. I want to go down as one of the best to ever do it and 2019 is going to be a huge year for me.”

Farmer vs. Carroll tops a huge bill in Philadelphia on March 15, where Irish star Katie Taylor looks to unify her IBF and WBA Lightweight crowns against WBO champ Rose Volante.

Philly Middleweight warrior Gabriel Rosado is in a crunch clash with Polish World-rated contender Maciej Sulecki and there’s an all-Philly affair at Lightweight between Avery Sparrow and Hank Lundy.

Junior lightweight champion Tevin Farmer has been named the “2018 Philly Fighter of the Year” and will receive the Briscoe Award on April 14, 2018. The Philadelphian also earned the award for the “Performance of the Year”, based on his title-winning effort against Billy Dib. Farmer and several other locals will be honored at the 12th Annual Briscoe Awards, a public event held at Xfinity Live! Philadelphia.

The dramatic super middleweight bout between Kalvin Henderson and Brandon Robinson was named the “2018 Philly Fight of the Year”. Henderson won the exciting struggle, but both combatants will take home a Briscoe Award.

Other winners, also determined by fan voting, include – Danny Garcia, “KO of the Year” / Christian Carto, “The One to Watch” / Jeremy Cuevas, “Prospect of the Year” / Samuel Teah, “Upset of the Year” / Paul Kroll, “Rookie of the Year” / Atif Oberlton, “Amateur of the Year”. In addition, one photographer will win a Briscoe Award for the “2018 Photo of the Year”, at the live event on April 14th.

Two honorary Briscoe Awards for lifetime achievement, will also be given at the event. Philadelphia boxing legend Stanley “Kitten” Hayward will be honored for his long and memorable boxing career, as well as his upcoming 80th birthday, and promoter J Russell Peltz will receive an honorary Briscoe to celebrate his 50th year as a boxing promoter.

The Briscoe Awards are named for Philly icon Bennie Briscoe, who had a 20-year boxing career and perfectly embodied the classic Philly fighter.

Philly Boxing History Inc. is a 501c3 non-profit organization and the Briscoe Awards are one of its many public programs designed to honor, remember, and celebrate local ring history in and around the City of Philadelphia.

Tickets for the April 14th event cost $10 each and are available for purchase at BriscoeAwards.com or by calling 609-377-6413. Sponsorships and program advertisements are also available, and help to fund this important public event.