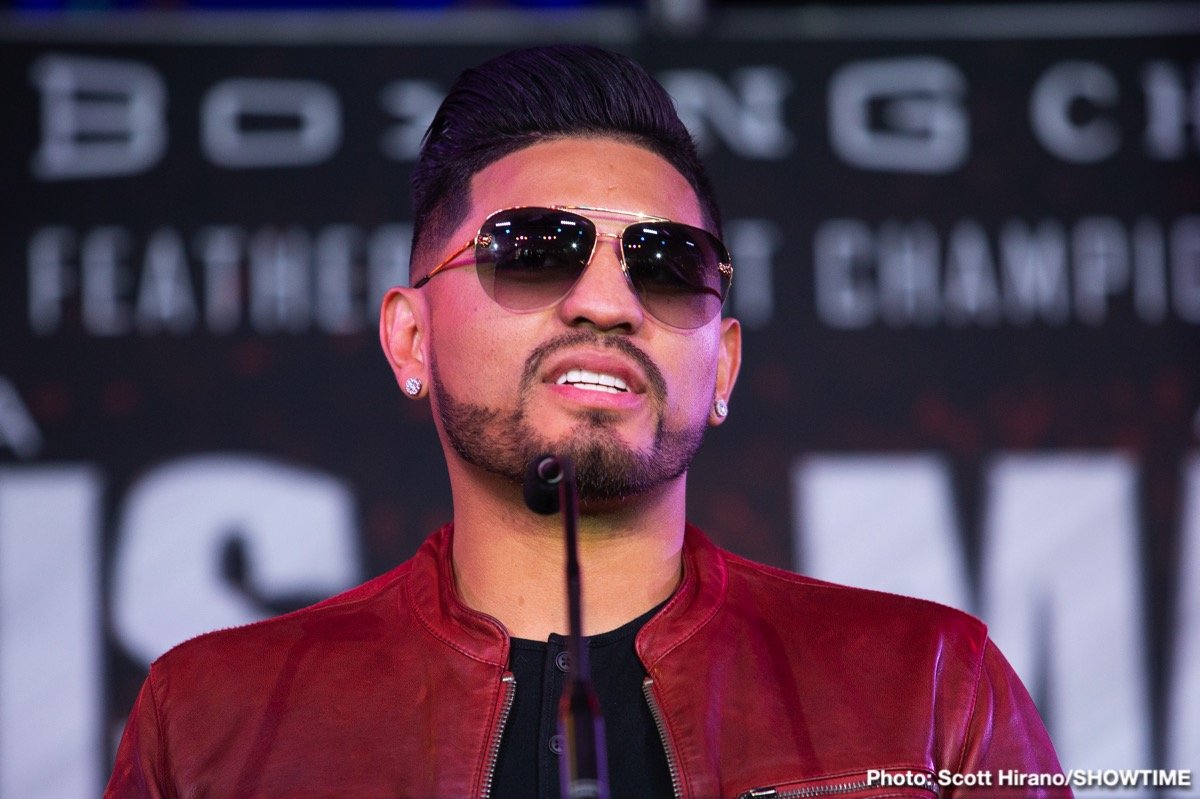 The career of warrior Abner Mares could possibly be over. As picked up by BadLeftHook, Mares, who recently pulled out of his scheduled fight with the unbeaten Gervonta Davis (officially with a bad elbow) has had emergency surgery on a detached retina in his right eye. The former three-weight champ suffered a detached retina in his left eye earlier in his career and he is of course hoping he will heal again and be able to resume his career once again. However, as he said to Kate Abdo of Fox Sports: PBC, Mares will call it a career if the doctors advice him to do so.

Mares – who did also hurt his elbow in training for the Davis fight but this was not the real reason for his withdrawal from the title fight – is 33 years old and he has been a pro for some 14 long years, and during his 31-3-1(15) pro career, Mares has been involved in some tough, and entertaining, wars. If it is the end, Mares can go out with his head held high. A superb action fighter who always rumbled with the best, Mares was last seen losing to Leo Santa Cruz back in June of last year, this fight a return meeting following an earlier decision loss to his countryman, and in truth not too many people were expected him to defeat the much younger Davis.

Like most Mexican warriors, Mares took plenty of punches in a number of his fights. This of course made him exciting – and of course, Mares landed his own shots also – but his eye, or eyes, are now apparently paying the price. It is possible Mares will heal up and fight on, but the opposite is also entirely possible. We wish Mares well, naturally.

Fans who saw his great action fights with the likes of Vic Darchinyan, Yonnhy Perez, Santa Cruz and others will always have a fondness for the man who was born in Guadalajara.

In the meantime, as fans know, WBA super-feather champ Davis will fight Hugo Ruiz instead of Mares, on Saturday night.