Teddy Atlas says Tyson Fury has picked out the fighter that can bring him the most amount of money for his next fight by choosing Anthony Joshua.

Fury’s promoter Frank Warren made an offer to Joshua for a fight in November in the UK. Tyson says the split is 60-40, but it remains to be seen if Joshua and his promoter Eddie Hearn will agree to the deal.

Atlas feels that the fans are still with Joshua in the UK, as they like a good loser and don’t abandon their fighters.

If Joshua does agree to the deal, Fury is going to make a lot of money out of this match, and likely more than he would have gotten had he fought Oleksandr Usyk.

“The challenge that Fury made to Joshua, there used to be a saying where ‘to the victor goes the spoils.’ In this case, the guy that comes in second goes the spoils,” said Teddy Atlas on The Fight.

“Usyk is not available right now, so it’s a good business decision on Fury’s part. You got to the guy that maybe he doesn’t think that could be an easy fight, but to the guy [Joshua] that can bring the most money.

“It’s good business. It’s smart. Joshua, the English people, and I’ve said this before, and people get a little upset. You don’t have the NBA, football [NFL].

“They like a gracious guy. Joshua is an Olympic gold medalist; even though I called the fights, and I’ve said it before, I stay consistent whether people like it or not.

“I called the fights when he fought in London, and he [Joshua] lost that gold medal match to the Italian [Roberto Cammarelle]. It was in London and there was no way he was not going to get it.

“He got it. Listen, he knocked out Charles Martin, who’s not on anybody’s list of great fighters. He knocked him out to win the title. He being Joshua, and he’s been an overrated guy.

“I can’t say it clearer and give you more reason for it. Who’s he ever beaten? Let’s be honest. When he’s fought that realm of guys, he’s lost. Not only lost, but lost by knockout.

“The last two against Usyk, he got hurt, but he didn’t get knocked out. He showed heart, but he lost by a decision.

“But he got knocked out by Ruiz, who took the fight on last-minute notice. Ruiz can fight. We just talked about that. He did take the fight on two weeks’ notice, and he was the way he usually is, heavy.

“They’re familiar with him because there’s no one else out there that they really have in their sporting lives. There’s no Brady’s; there’s no Woods; there’s no Lebron James. He’s their guy, and they support him, and they’re loyal to him. I applaud that. 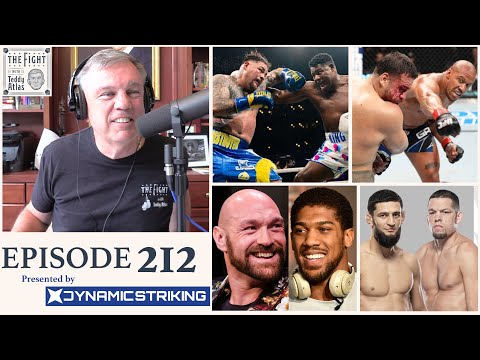