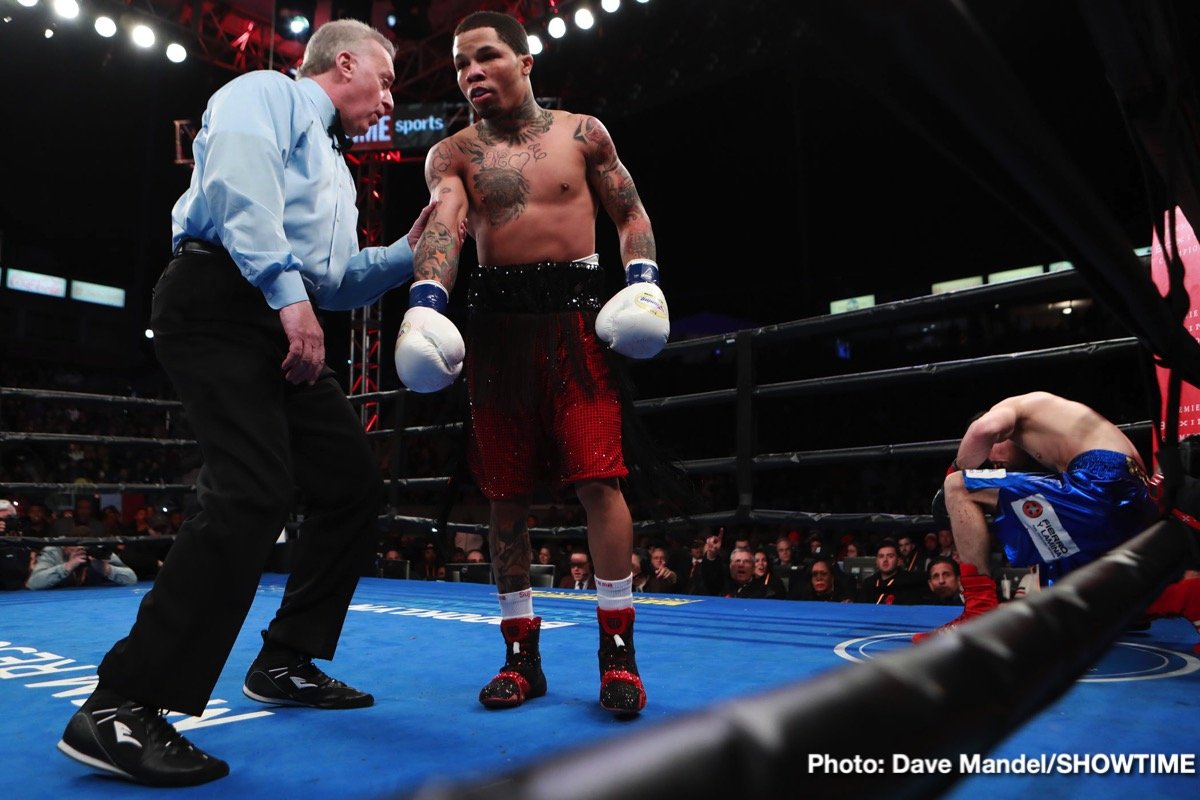 WBA super-featherweight champ Gervonta Davis looked sensational in blasting out late-sub Hugo Ruiz last night. “Tank” literally ran over the Mexican puncher, stopping him inside a round. Davis, now 21-0(20) has stated that he has put his out of the ring problems behind him and that he will be far more active than he has been from here on in (last night’s quick win was Davis’ first fight in ten months).

Looked after by Floyd Mayweather, and compared to the young Mayweather by some, albeit a southpaw version, Davis really does seem to have it all: speed, power, accuracy, great balance and a desire to achieve true greatness. So far in his now six-year pro career the sole problem Davis has suffered is that of making the 130 pound weight limit. So what next for Davis? A move up to lightweight does seem likely sooner rather than later but his next ring appearance could be something else entirely.

Mayweather, speaking after his fighter’s dazzling win, said to Seconds Out how Davis will next box an exhibition, against Tenshin Nasukawa. Yes, the same Nasukawa Floyd steam-rolled to embarrassing defeat on New Year’s Eve in Japan. Just why Davis would bother to go through with an exhibition against Nasukawa himself is anyone’s guess. Though the two would/will be more evenly matched in terms of size (Mayweather was far, far too big for Nasukawa) it seems there will be only one winner.

Such an event may boost Davis’ profile – and he has said it is his goal to become a household name and a pay-per-view attraction – but otherwise it seems a pointless exercise. Davis says he aims to fight three or four times this year and that’s good news. Whether he can continue to make 130 or make the jump up to 135, Davis looks set to pull in bigger and bigger audiences.

Of course the big fight everyone wants to see is a Davis/Vasyl Lomachenko showdown. We can only hope this fascinating clash takes place, if not this year then next year.