From the opening bell, Love (17-0, 10 KOs) was the aggressor, punishing Biosse (15-3-2, 7 KOs) through all 10 rounds. In the third, Love opened up a cut over Biosse’s right eye and continued to batter the area throughout the night. In the 10th, with Love scoring heavily near the ropes, the ref stepped in to halt the contest at 2:15 of the final round.

“We worked really hard in camp and I wanted to be able to take advantage of that work and use all my punches,” said Love after the fight. “I was hitting him with great combinations, going downstairs and upstairs.

“He was a tough guy, but I knew eventually with the shots I was throwing I would get him out of there. A late stoppage is good.”

In the evening’s co-feature, Edwards (27-3-1, 14 KOs) shocked Jack (16-1-1, 11 KOs) with a first-round TKO. Jack walked into a short right hand and hit the deck 32 seconds into the bout. Jack recovered but was on unsteady legs. Edwards jumped on him and again sent Jack awkwardly down to the canvas, face first. Jack rose to his feet, but the ref had seen enough and waved off the contest at 1:01 of round one.

Speaking to Farhood about the announcement this week of his next opponent, Mayweather complimented his challenger saying, “Maidana has had a lot of great wins lately… This is a very difficult fight for me. This is a guy I can’t overlook. Each and every time Marcos Maidana goes out there he gives it his best. I know I have to go out there and be at my best. I will sit down with my father and go over a brilliant game plan and hopefully this training camp goes well. He’s tough. He’s a champion just like I’m a champion, so when you bring the two together you get nothing but excitement. I must push myself to the limit, and May 3, The Money Team will be ready.” 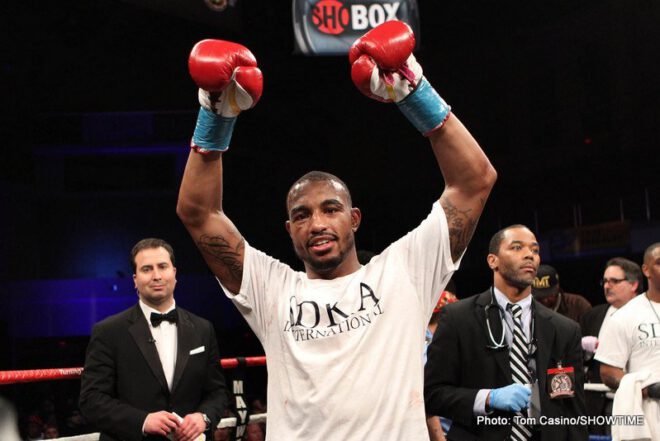 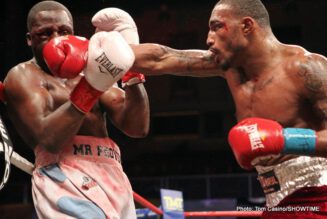 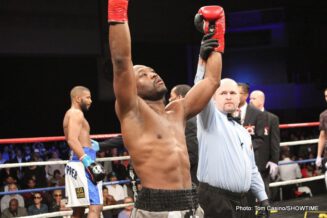 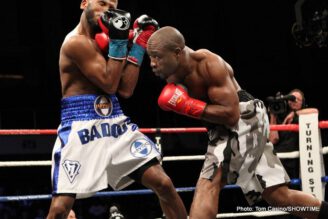 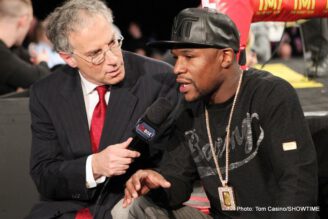 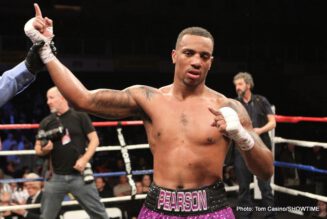 On his prediction for next week’s SHOWTIME PPV® headlined by Canelo Alvarez and Alfredo Angulo, Mayweather said, “Angulo is a tough opponent, but Canelo has all the tools to bounce back.”

Friday’s ShoBox: The New Generation telecast will be available on SHOWTIME ANYTIME and SHOWTIME ON DEMAND.