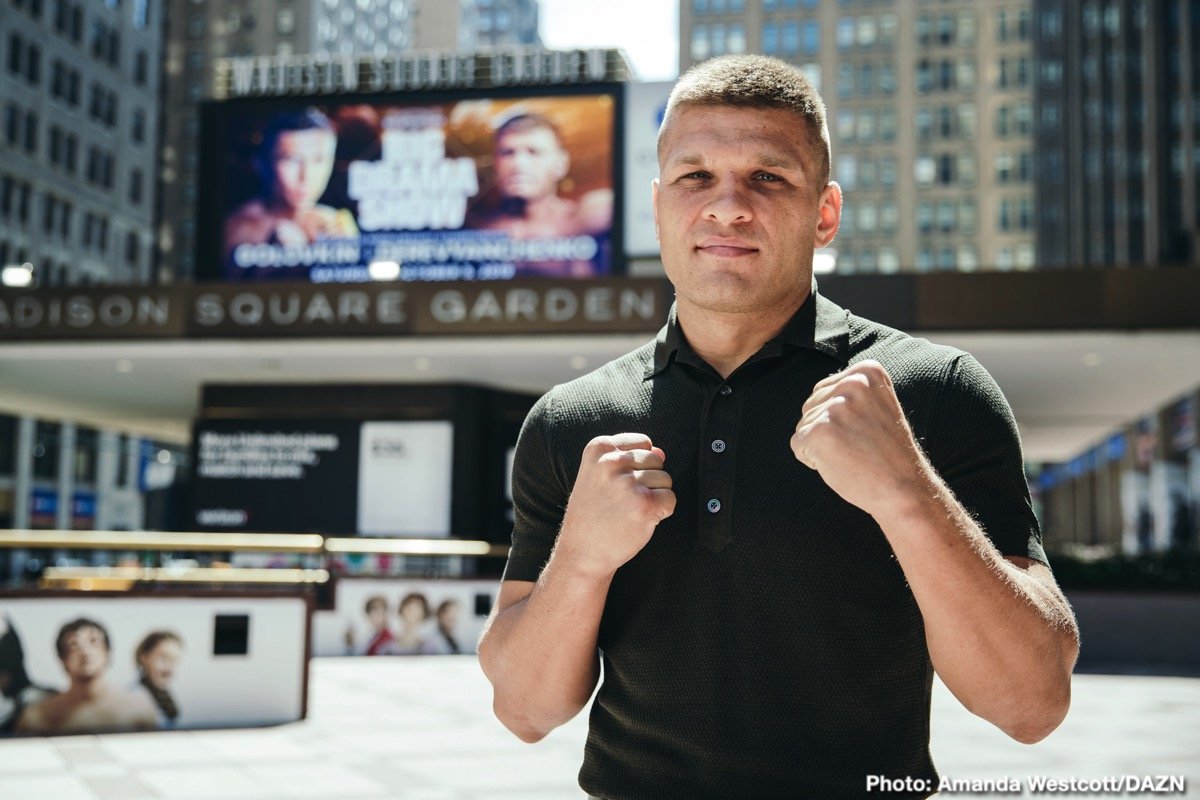 Sergiy Derevyanchenko (13-1, 10 KOs) looked very sharp on Tuesday at his workout at Madison Square Garden in New York in getting ready for his fight against Gennady ‘GGG’ Golovkin (39-1-1, 35 KOs) this Saturday night.

Golovkin-Derevyanchenko are fighting for the vacant International Boxing Federation middleweight title on DAZN this Saturday at the historic Madison Square Garden in beautiful New York.

Derevyanchenko, 33, moved well, and displayed a lot of thunder in his punches in working out in front of the crowd of media. The 2008 Olympic bronze medalist Derevyanchenko appears to be in excellent shape, and ready to hand GGG his second career loss.

This is Derevyanchenko’s second stab at winning the vacant IBF 160-pound title since last October. He was foiled a year ago in a questionable 12 round split decision defeat at the hands of New Yorker Daniel Jacobs at MSG. 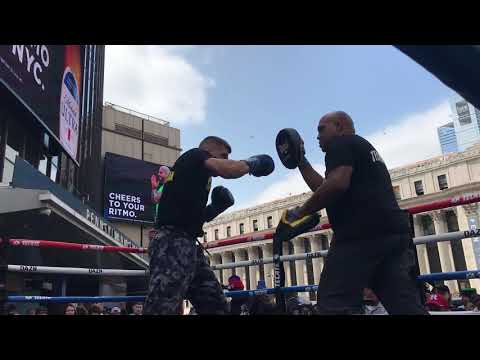 A lot of boxing fans thought Derevyanchenko was given a bad deal with the way two of the judges scored that fight in favor of hometown fighter Jacobs. They scored it 115-112, 115-112 for Jacobs. The third judge had it for Derevyanchenko 114-113. Boxing 247 had Derevyanchenko edging it 114-113. He was the busier guy, and showed that he wanted it more than Jacobs. Derevyachenko had Jacobs backing up the entire fight, but the judges didn’t give Sergiy credit for being the aggressor.

There’s a lot to gain for the winner of Saturday’s fight, especially for Derevyanchenko. If he beats GGG, he’ll be in a great position to get a mouth-watering unification fight against WBA/WBC [F] middleweight champion Saul Canelo Alvarez for 2020. Golovkin, 37, isn’t in nearly the same position if he wins, since Canelo has already made it fundamentally clear that he’s closed the chapter with the GGG rivalry after beating him twice.

“He cannot win this time. He cannot be victorious. The Technician is ready, he’s willing, he’s able,” said Derevyanchenko’s trainer Andre Rozier. “He’s putting his best foot forward. Our team is no longer fragmented. The squad is ready and we plan to be the middleweight champion of the world on October 5. Sergiy is a quiet man but you have to watch the quiet ones – they’re the most dangerous.”

Technically the first Canelo-Golovkin fight was scored a 12 round draw, but Canelo feels he did enough to win it. So if Golovkin beats Derevyanchenko, the best he can hope for is a fight against one of these fighters: Demetrius Andrade, Callum Smith, Jacobs, Billy Joe Saunders or David Benaviez. Canelo doesn’t have any problems fighting Derevyanchenko. There’s no past history between the two that would preclude a fight between them. 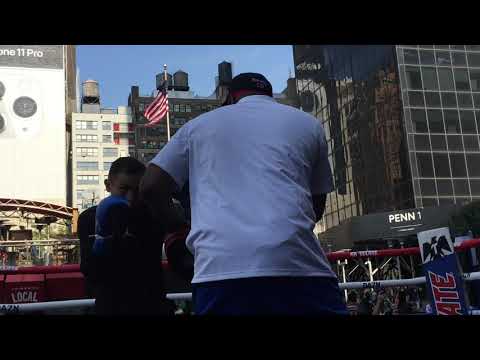