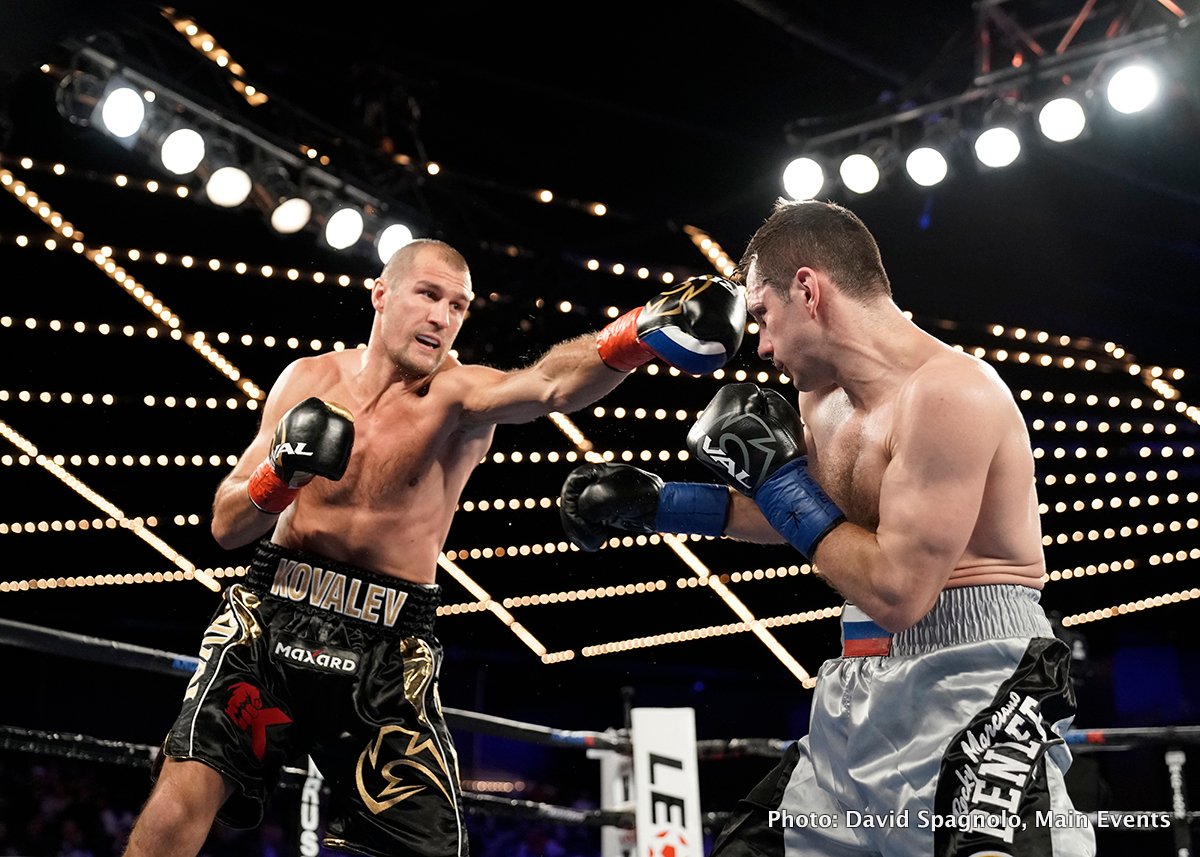 Sergey Kovalev, for many the hardest punching light-heavyweight in the word today, will make his next title defence against Marcus Browne, for many the best young and unbeaten 175 pound contender on the scene today. According to a news slot via RingTV.com, “Krusher,” the reigning WBO champ, will defend his belt against the unbeaten southpaw in either June or July at Madison Square Garden in New York, HBO will televise.

According to the piece by RingTV.com the contracts have yet to be signed but the fight has been agreed by both parties.

This is an intriguing match-up no doubt, very possibly one that will result in a great, explosive and memorable fight. Kovalev, 32-2-1(28) and beaten only by the “retired” Andre Ward (Kovalev, like many other people, is convinced the unbeaten Ward will fight again) regained his WBO strap by beating Vyacheslav Shabranskyy in quick fashion in November of last year, while in his last fight the Russian star was far too strong for Igor Mikhalkin, who he stopped in the seventh-round.

But 27 year old Browne, the younger man by seven years, certainly poses a legitimate threat to Kovalev. At 21-0(16) the lefty from Staten Island, New York has a good amateur background having been a 2012 Olympian, and the unbeaten challenger has seen off some good fighters at pro level – Gabriel Campillo, Radivoje Kalajdzic, Thomas Williams Jnr. and Sean Monaghan all being beaten; three of them by KO.

Browne will of course be taking a pretty big step up against Kovalev, yet the man who tuned pro in November of 2012 is ready for his first world title shot. Kovalev says he wants very much to unify the 175 pound titles, and there are some good, good fighters operating at the weight class. Maybe Browne will put himself firmly into the mix with an upset win over Kovalev in the summer.

The fights with the sublime Ward aside, you perhaps have to go back to his fights with Jean Pascal to find a harder test for Kovalev.