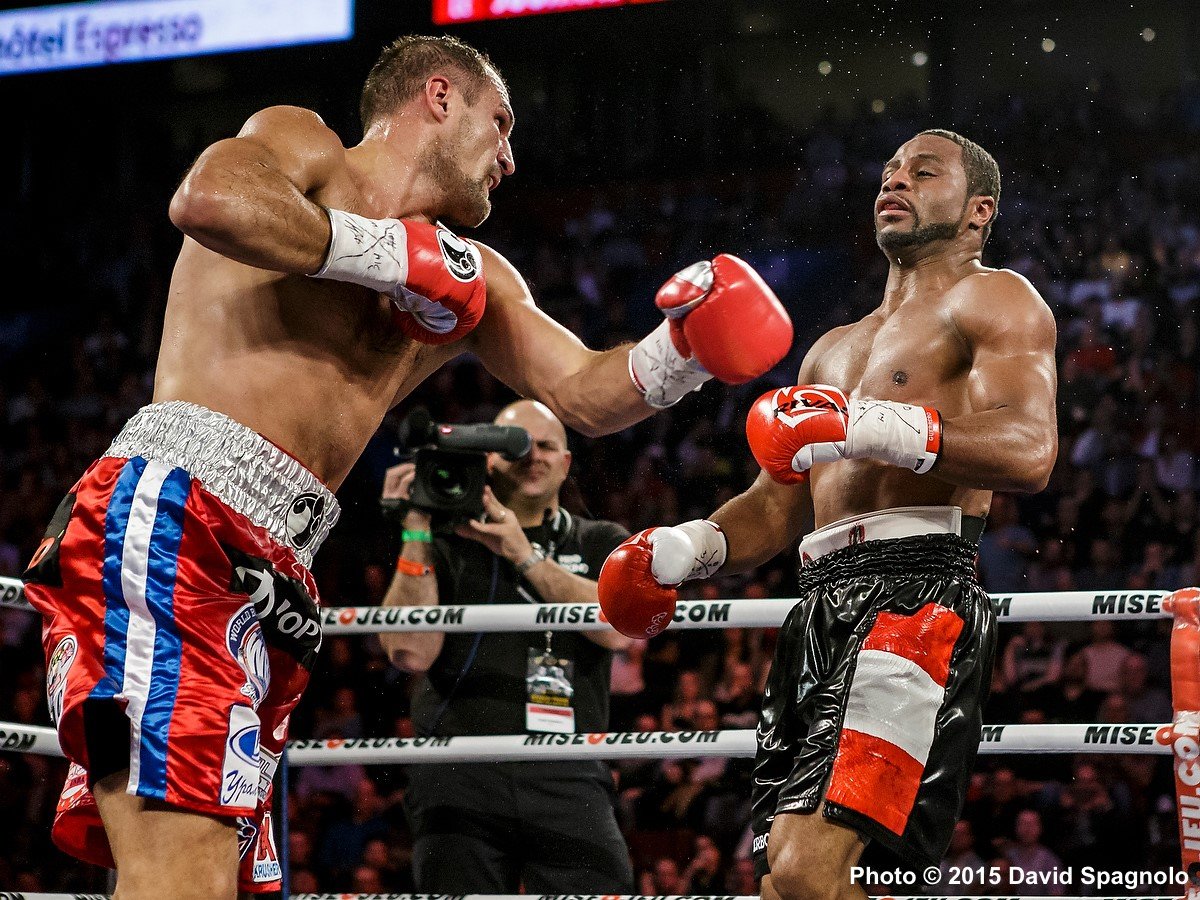 Despite his tremendous success at the highest levels of boxing, two-time Light Heavyweight Champion Sergey “Krusher” Kovalev (31-2-1, 27 KOs) says only now is he reaching his full potential as an athlete.

This is not happy news for the rest of the light heavyweight division!

Kovalevputs his WBO title on the line against fellow Russian light heavyweight Igor Mikhalkin (21-1, 9 KOs in the 12-round main event at The Theater at Madison Square Garden on March 3, televised live on HBO World Championship Boxing® beginning at 10:05 p.m. ET/PT.

Under the guidance of new trainer Abror Tursunpulatov at The Boxing Laboratory in Oxnard, Kovalev says he had to turn over the reins and trust in his trainer to bring him to his full potential, something he admits he needed to do. “I’m under his control, 100 percent, under his plan for workouts, what time I wake up and what time I should go to sleep. We’re speaking about what I’m eating, and everything, we discuss it.

“It’s interesting right now. It’s working. It’s getting me in top shape for my next fight,” said Kovalev.

Kovalev says his two losses are in the past, but not the valuable lessons he learned from them. “It was the lesson of my life. The last two years before this (upcoming) fight, my sport mode was broken” due to his travel schedule back and forth between Russia and the U.S., missing workouts and changing time zones. Kovalev said it wasn’t a matter of not putting in the work, but not maximizing his training and doing damage with poor diet and over-training.

Kovalev says it’s also a significant change for the better to speak in his native Russian with his trainer, one he only now fully recognizes. “We understand each other, 100 percent,” and with the understanding comes full trust.

In preparation for the southpaw Mikhalkin, Kovalev has engaged in sparring sessions with southpaws. “Day by day, spar by spar, I feel much better and more comfortable against a southpaw,” said Kovalev. “I should be ready for everything, because I am very motivated right now.” Kovalev said it’s the way of Russian fighters to give their all in the ring, “We are trained mentally, Russians, and never step back, just fighting till the end. We’re ready to fight for the world title.”

As an accomplished world champion among a large group of younger Eastern European and Russian boxers training alongside him in Oxnard, Kovalev understands he is seen as their role model. He accepts it, and takes the responsibility seriously.

“Yes, the guys take my personal example for something, for motivation for their upcoming fights, and something more. I feel very responsible, you know, working with Abror, and in this training camp, because around me are a lot of young fighters who watch my workouts,” said Kovalev.

Their attention produced a surprising benefit for Kovalev as well. “It’s good motivation for me, too. I show them how I must, and how all fighters must spend energy in the gym. It takes 100 percent effort to get any title in the world,” said Kovalev.