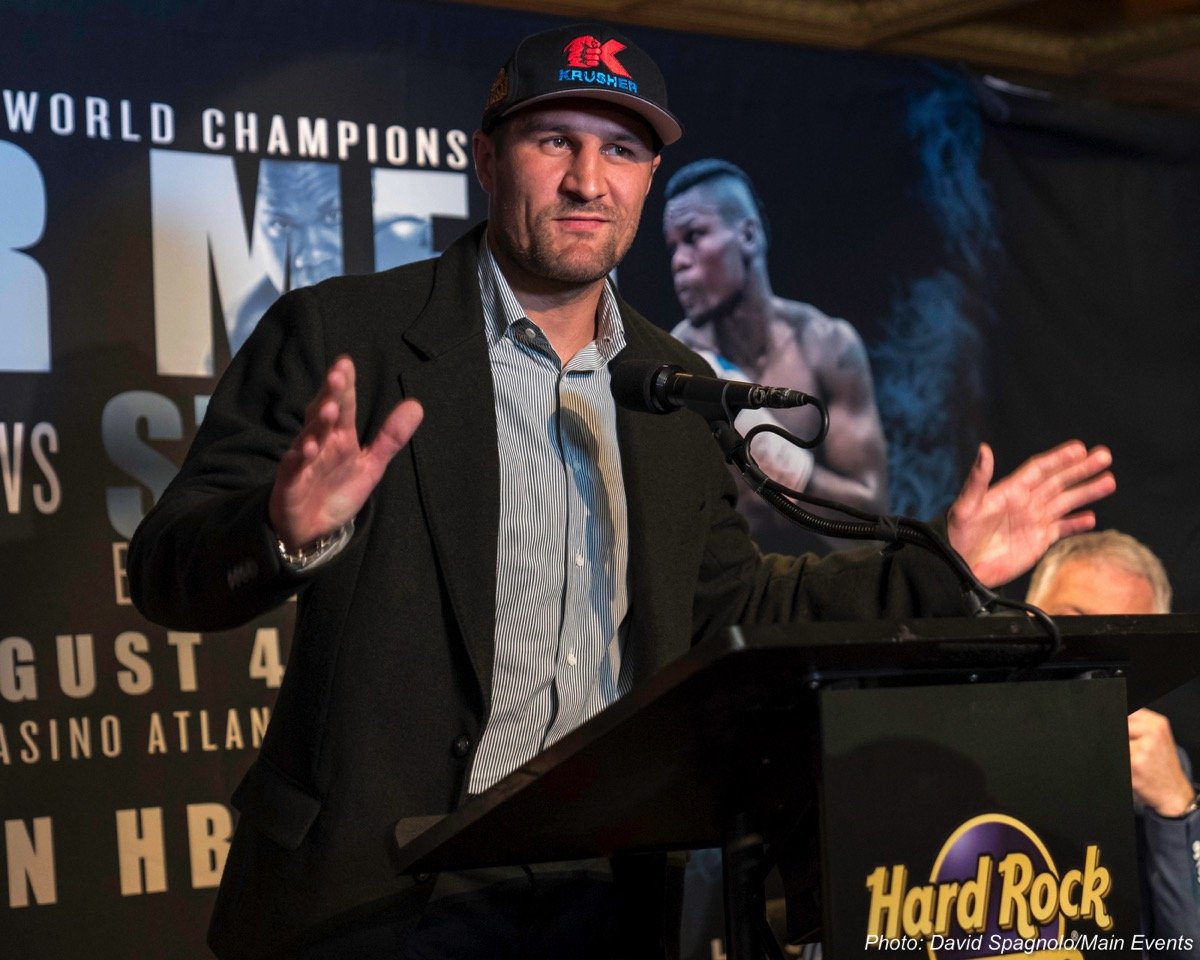 How long have we fight fans been waiting now for light-heavyweight punchers/rival world champions Sergey Kovalev and Adonis Stevenson to meet in the ring? It sure seems like a heck of a long time, that’s for sure. In fact, next to the long and painfully dragged out process that preceded the Floyd Mayweather-Manny Pacquiao super-fight, this is the longest we have had to wait for the best to get it on with the best.

At least Floyd and Manny eventually fought, and though the actual fight proved to be one big dud, chances are slim a Stevenson-Kovalev showdown would result in anything like as timid a bout. But will the two rival champs ever get down to it and fight? For years now, we have been forced to hear the claims and the counter-claims – ‘You’re scared of me!’ and ‘No, you’re avoiding me!’ It’s been so frustrating.

Both men are still here, at the top of their game, even though both champions have been through quite a bit since talk first began of the two hooking up and deciding light-heavyweight supremacy. Stevenson has remained unbeaten (his sole loss being a years-old, pre-title reign upset at the hands of Darnell Boone; soon avenged) but the former pupil of the late Emanuel Steward has been forced to liste to a whole lot of criticism regarding his “weak” opposition. “Krusher,” on the other hand, has twice suffered defeat at the hands of the now retired Andre Ward. But KOvalev bounced back and regained one of the belts “S.O.G” took from him and the Russian powerhouse now aims to unify all of the belts.

Stevenson too has said he aims to claim all of the belts and prove he is the best, and we can only hope that at this late hour, at this late stage in the career of both men (Adonis being 40, Sergey being well into his mid-30s) the two will FINALLY collide and give us what we have wanted for oh, so long. First though, both champions face a potentially tough time of things in their respective upcoming fights. Kovalev faces Eleider Alvarez in August, while Stevenson faces Badou Jack this Saturday night.

In the case of Stevenson especially, it could be argued how both world champions approach their toughest fight in some time. But providing both men do claim the victory, we can just hope they are then able to do the right thing and face each other in a big unification clash. if it doesn’t happen this year, or early next year at the latest, chances are it will never happen, and this fight will go the way of the Dodo – or the way Lennox Lewis-Riddick Bowe went.

The fans will be the biggest losers if this is how things transpire. Let us hope these two exciting and long-reigning champions make us all winners.

Who wins if and when Stevenson and Kovalev do crash into each other (aside from we fans, that is)? Though a KO is almost guaranteed one way or the other, we must wait until this fight is signed before we get excited enough to go making predictions. In the meantime, both men need to score impressive wins, KO’s, in the very near future.