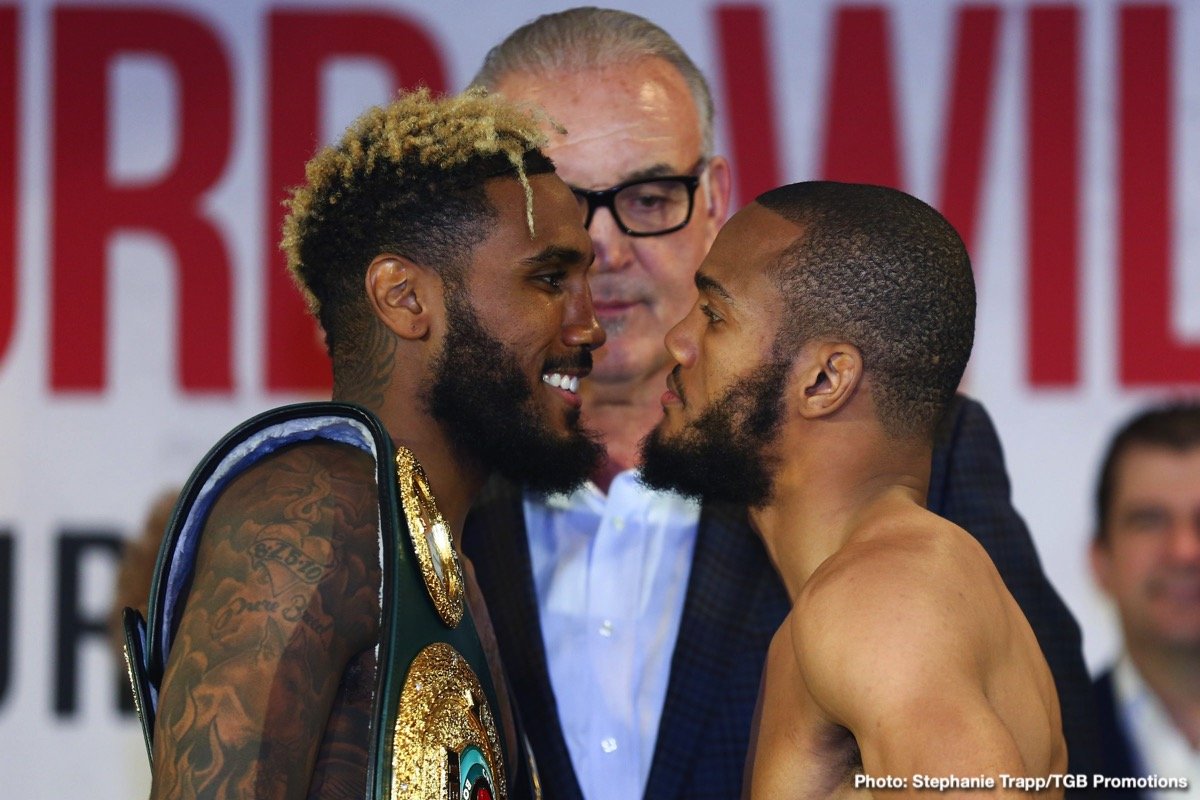 If you’re of a certain age, you might remember spending your Saturday watching the likes Matthew Saad Muhammad and Danny “Little Red” Lopez on network TV, as they engaged in one impossibly exciting shootout after another. Time and again, they’d endure incredible amounts of punishment in the opening rounds, and then invariably find ways to either knock their opponents silly or simply overwhelm them and overtake them on the scorecards.

For those born a bit later, your memories of Saturdays might involve the watching likes of Arturo Gatti, Marco Antonio Barerra, and Erik Morales engaging in one breathtaking war after another on HBO. Like Saad and Little Red, this trio waged a series battles that are considered some of the best and most exciting in the history of boxing, eventually allowing them to follow their predecessors into the sport’s Hall of Fame.

Boxing doesn’t have the same level of stateside popularity now as it did during those years, so it would be easy for fans who grew up watching the likes of Saad in the 70’s and 80’s, or Gatti in the 90’s and early 2000’s to shake their heads wistfully and utter words to the effect of “they don’t make ’em like they used to” when speaking of those fighters.

Of course, they’d be wrong.

For every Rocky Graziano that captivates fans in previous years, there’s a Ruslan Provodnikov that does the same in this current decade. Every generation produces its own set of action heroes who seem to participate in memorable slugfests every time they step inside the ring, and whose fights become mandatory viewing for fans of this sport.

This generation is no different, and all you need for proof is tonight’s slate of fights, scheduled to take place across two different networks later this evening.

The first contest of note is scheduled to take place on Fox, and features undefeated and partially unified 154lb champion Jarrett “Swift” Hurd (23-0, 16 KO’s) defending his IBF and WBA 154lb titles against versatile once-beaten contender Julian “J-Rock” Williams. A familiar pattern has emerged Hurd’s previous matches over the past couple of years: he starts very slowly, impassively soaks up his opponents incoming like a sponge for the first few rounds, and then comes on strong as the fight progresses.

Current WBC titleholder Tony Harrison controlled the early portion of the contest against the Maryland native, only to have Hurd find the range with power punches from the sixth round on and eventually obliterate him with a monstrous overhand right in the ninth. Tricky southpaw Austin Trout soundly out-boxed Swift for the first five rounds, only to have the larger Hurd storm back and abuse him from the sixth round on until he retired in the corner following a harrowing tenth round. The ultra-smooth Erislandy Lara outmaneuvered and out boxed Hurd early, but as time went on, Hurd’s persistent body attack paid dividends, allowing him to assume control by the eighth round and eventually drop Lara in the closing seconds of a wonderful contest to secure a deserved decision.

Williams (26-1, 16 KO’s) is another very capable boxer who will likely be able to find openings to exploit against the slower champion. In addition, he’s displayed the ability to fight well on the inside in fights against former titleholder Ishe Smith and one time contender Nathaniel Gallimore. It’s very easy for me to envision the Philadelphia native moving in and out of range in the early, pelting Hurd with combinations, and then sliding out of range as Hurd attempts to retaliate. I can also see Williams having at least some success when the fight moves to close range, and implementing his own body attack while doing his best to smother his foe’s attack.

That said, I have a difficult time envisioning a scenario where he’s able to keep the champion off of him for long enough to allow him to gain victory when all is said and done. The reason for that is due to what happened the last time he challenged for the title against a larger, undefeated opponent. Back in 2015, J-Rock had moments of success against Jermall Charlo, even after getting dropped early a stiff jab from the Hitman. But, in the fifth, he was victimized and face-planted by a wicked counter uppercut after leaving his left hand a little low while throwing a one-two; and was subsequently dispatched after he somehow managed to scrape himself off the mat. While Hurd may not be quite the flame thrower that Charlo is, he does possess considerable power in his own right, and keeps that power as the fight progresses into the later rounds.

If Hurd can create and find openings against the likes of Lara, it seems very possible that he’ll be able to do the same against a challenger whose defense isn’t quite as sound. The shots that Hurd lands may not have as dramatic an effect as Charlo’s did, but given his penchant for building upon whatever success he enjoys, I can imagine that they would lead to a situation where he does land something big in the closing rounds of the fight.

Regardless of the outcome, this seems like a compelling match-up and has a very good chance of being Fight of the Night, which is no small praise given that the main event of tonight’s ESPN broadcast features a boxer who participated in consecutive Fights of the Year back in 2015 and 2016.

That fighter is former Francisco “El Bandido” Vargas (25-1-2, 18 KO’s) , who is looking to avenge his sole professional defeat and regain the WBC 130lb title that he lost to Miguel Berchelt in eleven bloody rounds two years earlier. During the first few rounds of that contest, Vargas was able to hold his own in a pitched battle with his younger compatriot, but as the fight wore on, the Mexican began to bust up badly as a result of Berchelt’s sustained combination punching. As the fight wore on, Berchelt (35-1, 31KO’s) assumed greater control as Vargas found himself unable to keep his faster and harder-punching opponent at bay. Though the fight was still close on the official cards, the bloody and swollen Vargas offered less and less resistance and was eventually stopped while being battered along the ropes.

While that result came as a surprise, in retrospect this kind of result shouldn’t have come as too great of a shock. The thing about action fighters is that they only have so many great fights in them; after a while, age and the abuse sustained during those battles eventually takes their toll. Lopez and Saad both found this out while being violently dethroned by Salvador Sanchez and Dwight Muhamad Qawi; and fared no better in rematches against their respective conquerors. I find it difficult to believe that Vargas will enjoy any more success when he runs it back with Berchelt this evening; after all, the champion is still younger, faster, and hits harder than he does. Moreover, Berchelt has been impressive in his four subsequent defenses, and looks capable of capitalizing even sooner upon his advantages than he did the first time.

Still, given their respective styles, and Francisco’s previous fights, this fight should be exciting for as long as it lasts, and it’s worth the view to see if he can somehow reverse the outcome of their previous contest.

In addition, the ESPN features WBO 122lb titleholder Emmanuel Navarrette and the previous incumbent, Ghana’s Isaac Dogboe in a rematch of their hard-fought December bout, while the FOX card is supported by an intriguing crossroad fight between two time middleweight title challenger Matvey Korobov and once beaten prospect Immanuwel Aleem. I’m not at all certain of what the outcome might be in either of these fights, but I think the styles match-ups in both contests should produce entertainment for as long as they last.

All things considered, this line-up of fights seems promising; and appears capable of providing the type of action fans might hope to see on a Saturday night.

And, while it remains to be seen how the likes of Jarrett Hurd and Francisco Vargas fare this evening, or whether they’ll eventually be mentioned in the same way that previous fans discussed the likes of previous action heroes, it sure will be fun to watch them try.

Just like it was back when Saad and Little Red were waging war inside the ring.