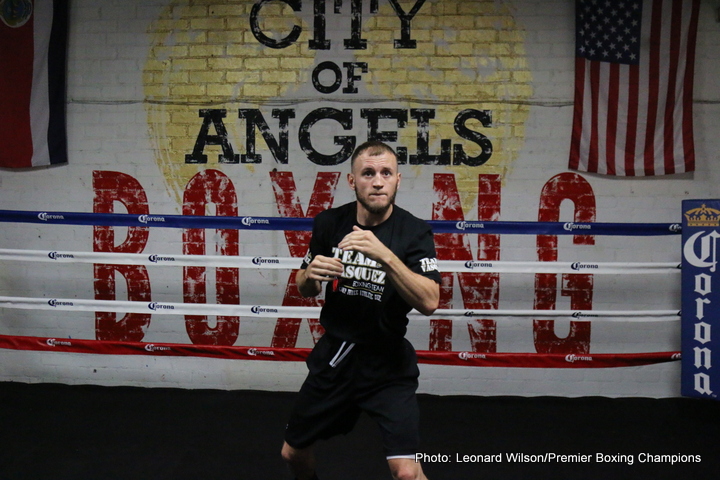 “This is a great opportunity for me and I’m looking forward to showcasing my talent and skills,” said Vasquez Jr. “Luis Collazo is one of the toughest guys I’ve fought so far and he’s definitely going to test me. My job is to go in there, handle my business and beat him worse than anyone else has. I think our styles will combine for a great battle and I’m excited to give the people another great fight.”

“I’m totally stoked about this fight against Sammy Vasquez” said Collazo. “He is a talented fighter and I’m excited to test his abilities and the will that he has to keep that zero. This will be a good one.”

Tickets for the event, which is promoted by DiBella Entertainment and TGB Promotions in association with Bruno Event Team, start at only $20 and are on sale now. For tickets please visit www.alabamatitlefight.com and www.ticketmaster.com.

Vasquez has fought professionally since 2012, after serving two tours of duty in Iraq as a member of the National Guard. He made it to the semifinals of the 2012 U.S. Olympic trials and won gold at the 2010 and 2011 Armed Forces Boxing Championships. The fighter out of Monessen, Penn., notched big victories in 2015 over Wale Omotoso in June and Jose Lopez in September. In PBC on FOX action in January, Vasquez stopped veteran contender Aron Martinez in the sixth-round in Los Angeles.

One of Brooklyn’s most respected fighters,Collazo looks to make the most of his showdown with the undefeated Vazquez on July 16. A world champion in 2005, Collazo has faced top fighters his whole career. Most notably in recent years, he delivered an electrifying second round knockout over Victor Ortiz in December 2014. Collazo gave world champion Keith Thurman trouble in his last outing, staggering him with a body shot in the middle rounds before eventually losing to the undefeated fighter.