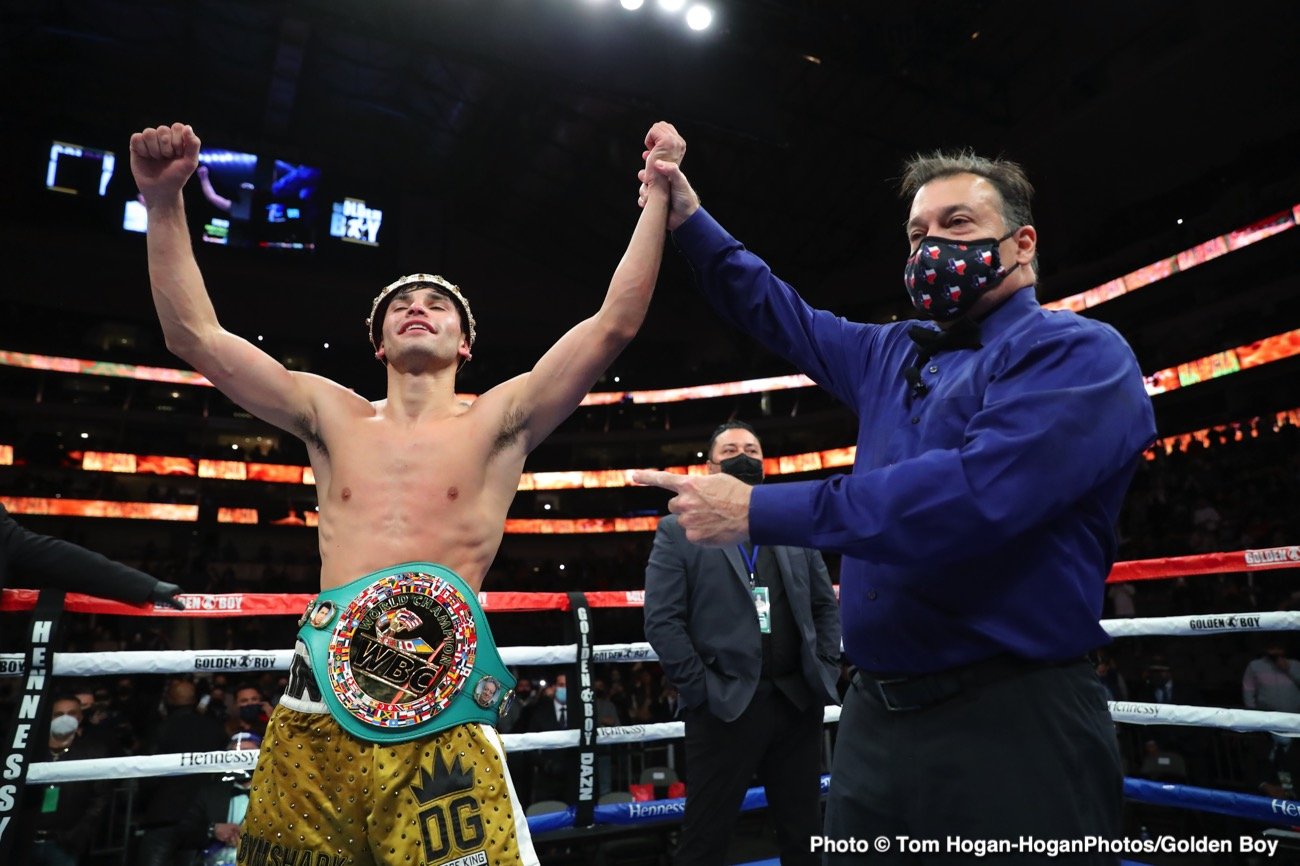 Interim WBC lightweight champion Ryan Garcia will make an announcement this Tuesday for his next fight in July on DAZN.

Ryan isn’t giving an exact date for his July fight, but it would make sense for it to occur in the first week of the month.

Garcia (21-0, 18 KOs) told his Instagram followers on Sunday that he’s signed the contract for his next fight, and it’s ready to be announced by him this week.

The response from boxing fans about the news of King Ryan facing the twice beaten former WBA super featherweight champion Fortuna has largely been a disappointment, as they expected a better opponent.

Fortuna is unquestionably a better fighter than Ryan’s last opponent Luke Campbell, but he’s not as popular or well-known as him.

For the casual boxing fans, they’ve never heard or seen Fortuna before. That will make Ryan, DAZN, and Golden Boy Promotions’ jobs harder to drum up interest in this fight.

“Fight contract signed, big announcement Tuesday. Time to do as I do,” said Ryan Garcia on Instagram.

“Shoutout to @espn I like the clean version better!! ⚔️🔥🔥🔥 Get Ready for my next fight that should be in early July MARK YOUR CALENDARS!!!! #boxing,” said Ryan Garcia.

If Ryan beats Fortuna, he’ll likely take on WBC lightweight champion Devin Haney next. Devin (25-0, 15 KOs) will need to do his part to face the Ryan vs. Fortuna fight winner by beating challenger Jorge Linares on May 29th.

Golden Boy Promotions CEO Oscar De La Hoya predicted in the past that Ryan Garcia would make massive money in boxing before he hangs up his gloves.

However, Oscar made that prediction before Ryan started talking about wanting to retire by age 26 and insisting on fighting Manny Pacquiao and Gervonta ‘Tank’ Davis.

The way Ryan has been talking lately, he seems to come from left field, as if he’s lost his senses completely. De La Hoya said a couple of weeks ago that he wanted to sit down with Ryan to map out his future, and it appears he’s done so. 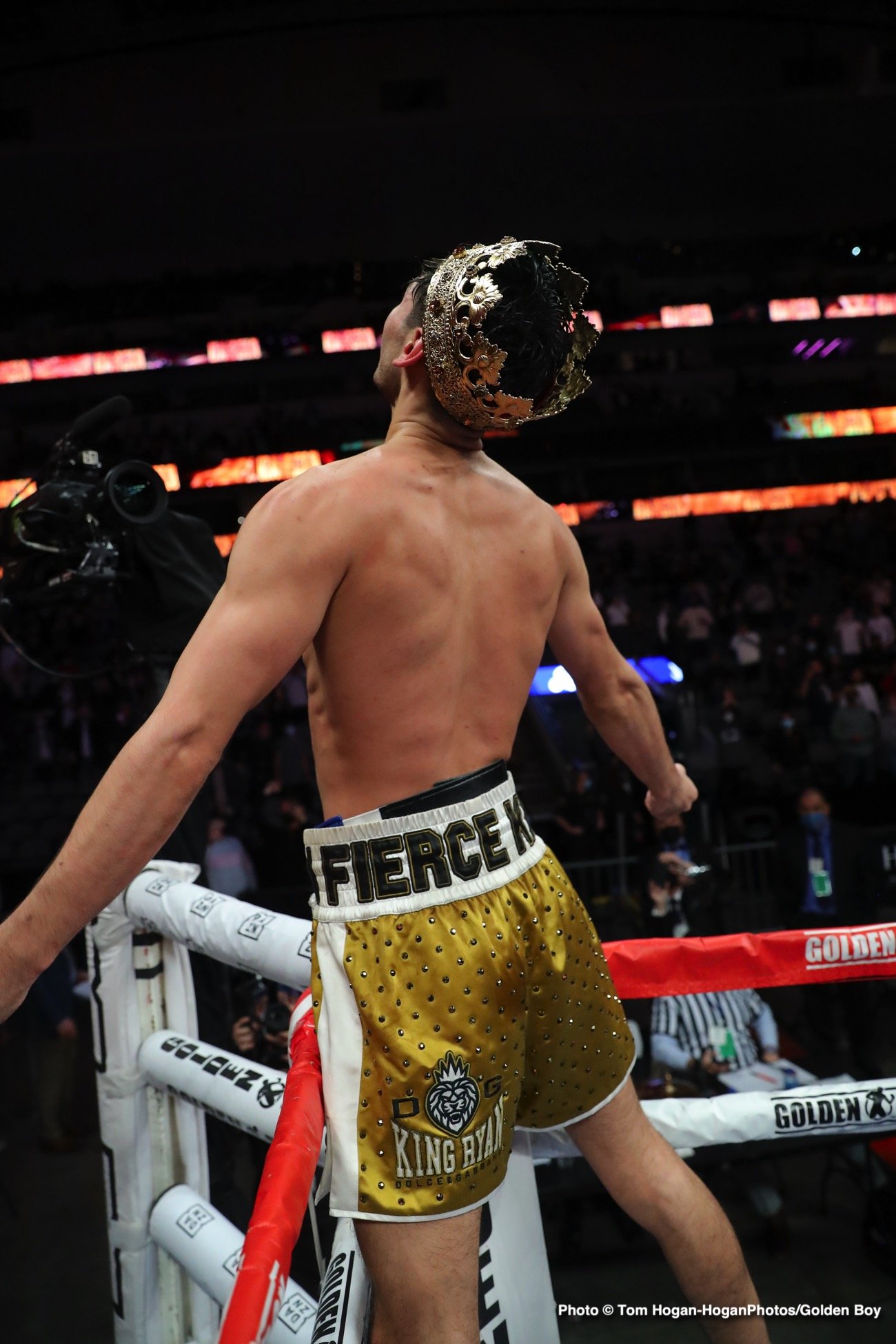 Ryan had recently been saying that he had no intention of fighting Fortuna, who he viewed as a backward step for him.

At this point, it’s unknown what kind of future Ryan will have. He’ll make money, but probably not the $700 million that De La Hoya talked about.

Read:  Mike Ohan Jr. is Looking For A Significant Fight Later On This Year

What Ryan needs to keep him motivated to stick around in boxing is a string of impressive performances.

While King Ry did win his last fight against Campbell by stopping him in the seventh round last January, the way that was dropped hard in the second round caused fans to criticize him and question his longevity.

Most fighters would be happy to beat a talented contender like Campbell, but with the huge expectations that some have about Ryan, it had to have been tough for him to look human the way he did.

It might have done something to Ryan’s self-confidence because after that; he started talking about only wanting to fight Pacquiao or Tank Davis. The way Ryan was totally dialed in on those two fighters, it had cash-out written all over it.

Did the Campbell fight take something away from Ryan’s morale? Maybe. That’s why Ryan must look good against Fortuna because it’s someone that has doubts about himself; he may look to retire if he fails to impress or if he loses.